‘The Hangover’ Director Out With A New Comedy ‘Due Date’

Two unlikely companions are thrown together on a road trip that turns out to be as life-changing as it is outrageous.

From Todd Phillips, the director of the smash comedy The Hangover, comes “Due Date” starring Robert Downey Jr. and Zach Galifianakis as two unlikely companions who are thrown together on a road trip that turns out to be as life-changing as it is outrageous.

Downey plays Peter Highman, an expectant first-time father whose wife’s due date is a mere five days away. As Peter hurries to catch a flight home from Atlanta to be at her side for the birth, his best intentions go completely awry when a chance encounter with aspiring actor Ethan Tremblay (Galifianakis) forces Peter to hitch a ride with Ethan—on what turns out to be a cross-country road trip that will ultimately destroy several cars, numerous friendships and Peter’s last nerve. 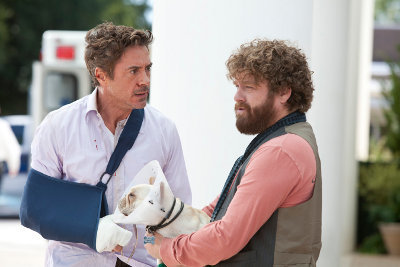 For Phillips, who also serves as a producer and co-writer on the film, the fun of making “Due Date” has been tied to the remarkable cast he has assembled. “Half-way through `The Hangover,’ I decided I wanted to work with Zach Galifianakis again,” he notes. “Then, getting a guy like Robert Downey Jr. was a long shot, but when he came on board, it was crazy. So, when the concept came together with the right cast, we had a movie. What made it different was the ability to walk that thin line of awkwardness between the two main characters. But that’s why we have actors like Robert and Zach—they’re so good at it.” 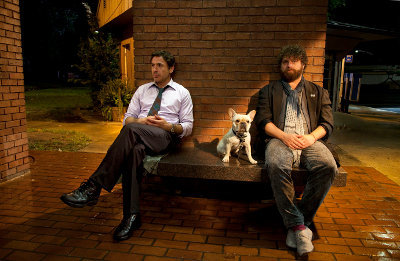 The entire shoot of “Due Date” has been fuelled with an “anything goes” spirit of improvisation, says Phillips. “They throw lines at each other, but we normally talk about it before,” he says. “Still, the spirit of improvising is in the film in a way that makes it feel alive.”

“Every day’s a little bit different, but we’re always doing the same thing, which is playing around and massaging it and trying to have a good time,” Downey says. “I think that’s one of the great things that Phillips said—that he loves doing this because he gets paid to do what he would do for free. And he basically laughs all day long.”

Susan Downey, who serves as an executive producer, adds, “Robert, Zach and Todd all really feed off of each other. They almost have a kind of brotherhood in how they approach this. They just go at each other in a very fun yet constructive way. And they all share the same goal—they just want to make the best version of this possible. It may not be a version that’s on the page the morning they show up to shoot the scene, but they just keep mining it and pushing it to be the best that it can be.”