Sigourney Weaver, Jamie Lee Curtis Are Past Rivals In ‘You Again’ 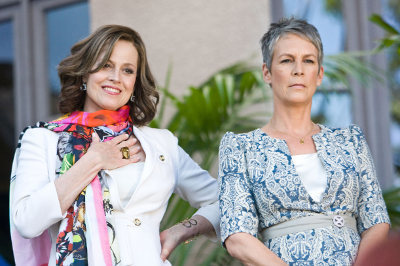 In the film, just as she is about to return home for her older brother’s wedding, Marni (Bell) learns from her mother, Gail (Curtis), that the bride is none other than her high school arch nemesis, Joanna (Odette Yustman). Marni is horrified! Why would her brother marry the one girl from high school she never wants to see again? 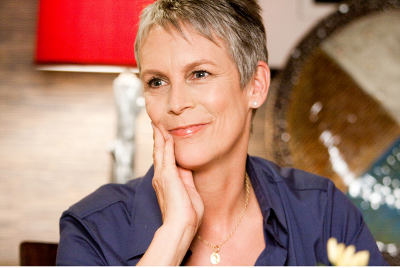 Then, the untenable situation takes another twist when Joanna’s aunt, Ramona (Weaver), a highly successful, career-driven woman, flies in from Europe for the wedding festivities. Evidently, Ramona and Gail also attended the same high school some thirty years ago, and though they claim camaraderie, they, too, have some rivalry that stems from their teenage years.
“You Again” reminds everyone that high school might be a thing of the past, but sometimes if just the right person crosses your path it can undermine your present.

Jamie Lee Curtis offers, “Director Andy Fickman explained that he tried to cast as if everyone is a lead in this movie, even if we are really just supporting parts. He chose everyone and he knew exactly what all these people were going to bring.” 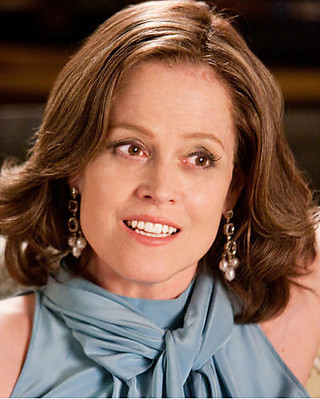 Regarding landing Jamie Lee Curtis for the role of Gail, Fickman maintains, “Jamie was my first actress to pursue following locking down Kristen Bell. We spent hours talking about the material and much of what we discussed that initial day made it to the shooting script. She is fearless, willing to try anything, a real joy—the ultimate collaborator!”

Then, Sigourney Weaver, Oscar®-nominated for “Gorillas in the Mist,” “Working Girl” and “Aliens,” and recently seen in the blockbuster “Avatar,” agreed to play the key role of Ramona.
Fickman smiles, “Directing Sigourney Weaver was a dream come true! I had to pretend very hard every day not to be some stalker fan of hers. Plus, she autographed a Ripley photo for me, so I am pretty much happy for life.”

Weaver has her take on the energetic director too: “He is the only director I know who seemed to love all of us as a cast and all of our individual characters at the same time. He had us all out each day singing and dancing. It was hysterical. He is a sweetheart!”

Opening across the Philippines on Nov. 3, “You Again” is distributed by Walt Disney Studios Motion Pictures International through Columbia Pictures.