With its technical polish and star-power (the cast includes Jessica Chastain, James McAvoy, and Bill Hader), ‘IT Chapter Two’ suffers from the burden of adapting what seems like a whole chunk of story elements (I’m assuming since I have not read the book) into one movie. Its bloated two hour and forty-nine minute running time seems hell bent on giving every character a moment that it exhausts the audience by the time it reaches its huge climax, which ends up throwing even more into the mix. 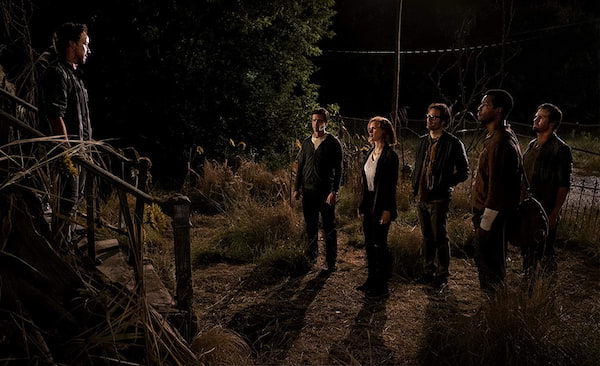 And it’s a shame because ‘IT Chapter Two’ picks up some strong themes from the first movie and carries it over to the characters, who are now much older and the stakes have become much higher. They explore such themes like trauma, repeating patterns, holding on to past hurts, and forgiving one’s self for actions you’ve made as a kid when you didn’t know any better.

Had the film focused more strongly into these thematic elements and toned down this unnecessary need to constantly have Pennywise (played by Bill Skarsgard) come in and frighten us, there’d have been much more to latch on to as a viewer.

Twenty-seven years have passed since the events of ‘IT’ and the members of The Losers Club have been called back to Derry by the only member to not have left, Mike (played by Isaiah Mustafa). Those who did leave — Beverly (Jessica Chastain), Bill (James McAvoy), Richie (Bill Hader), Ben (Jay Ryan), Eddie (James Ransone), and Stanley (Andy Bean) — have forgotten the events of that summer, but the trauma has affected their adult lives in ways they cannot understand. 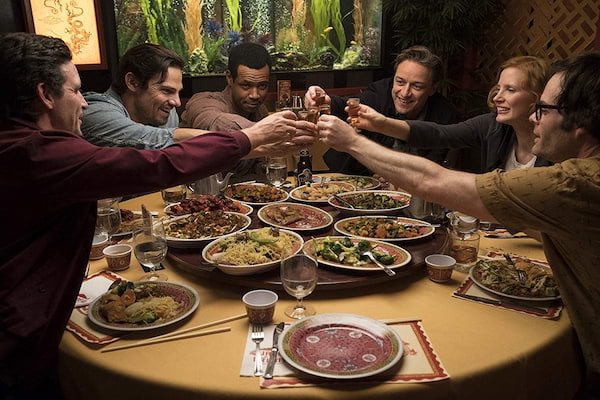 The Losers Club reconvene again in Derry to catch up, but it doesn’t take them long before their memories start coming back in small doses. They must face their darkest fears in order to remember their oath to stop Pennywise, should he ever return.

And he has returned.

The film suffers from a sudden need for lengthy exposition to set up the plot for the gang to come back together. These are story elements that have not been laid down, so they come up suddenly and very arbitrarily. They seem more designed to separate the group to create an atmosphere of helplessness and dread rather than any clear logical system. And we just have to take it on Mike’s say-so. It’s a plot point that feels impressed upon us rather than organically.

And for some characters, it plays out wonderfully as it really pushes them to their brink, making them question who they are and how they got there. For others, it feels a little hollow and empty. It’s just a scene to scare the audiences some more. 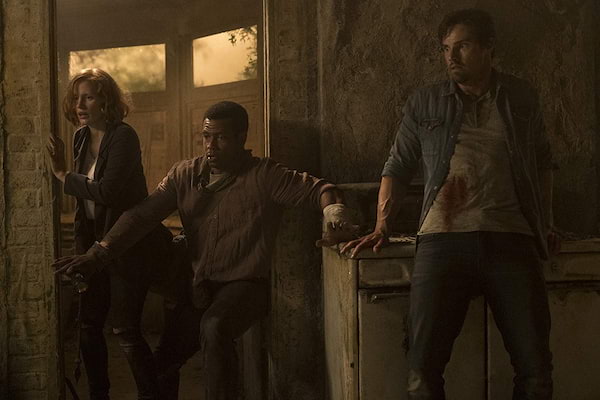 The fact that all the characters get this moment just makes ‘IT Chapter Two’ feel so bloated. We already get the feeling of where the film is going but it takes its bloody time getting there.

And once it does get there, the final showdown with Pennywise, the movie throws more and more new elements that was never hinted at prior to its big reveal. It feels like an after thought.

‘IT Chapter Two’ is strongest when its about the characters and their relationships to each other. It plays really well with Eddie and Richie. There is an interesting love triangle happening between Beverly, Bill, and Ben, but because of the film’s running time, by the time it hits its peak, it’s been played out too long.

Horror films don’t usually last longer than two hours because it’s hard to maintain that energy and interest for such a long time. ‘Midsommar’ did it recently and managed to do it successfully, but ‘IT Chapter Two’ is filled to the brim with plot points and individual character moments that drags the film way too long to sustain interest. 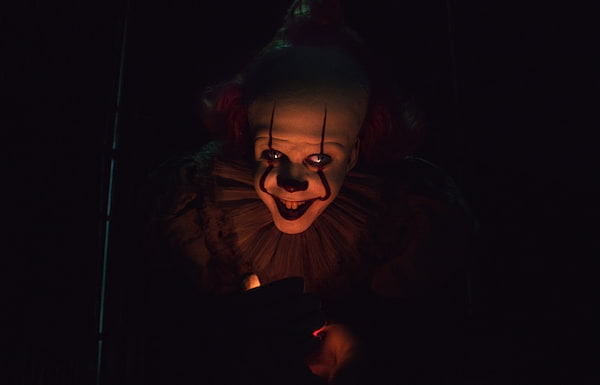 And it’s unfortunate because there are some really good performances here as well as some really nice scary sequences. If they had tightened the script and kept it to a two-hour running time, ‘IT Chapter Two’ would have been great. And when the traumatic events of growing up are scarier than Pennywise, there has to be a shift somewhere. I felt more affected by Beverly’s father and Richie’s brushes with the bullies than I was with Pennywise.

A book this dense and massive might have fared better as a limited series on a streaming network than two movies. Its themes about trauma and bullying and abuse will resonate strongly a few years down the line if we don’t fix these issues in our world. It’s a story that can be revisited again.

Find showtimes for 'IT Chapter Two' and book your tickets today!