For Your Date Consideration: Love and Other Drugs

This unconventional and realistic romance that explores how lust evolves into love and how people go through a lot figuring it all out.

For the single, committed and about to be hooked – Love & Other Drugs is charting its way to the top in the list of date movies to watch out for in 2011 starring risqué actors Anne Hathaway and Jake Gyllenhaal. Anne and Jake brings their richly delineated roles to life as they head on in this unconventional and realistic romance that explores love and sex, how sex or lust evolves into love and how people go through a lot figuring it all out. 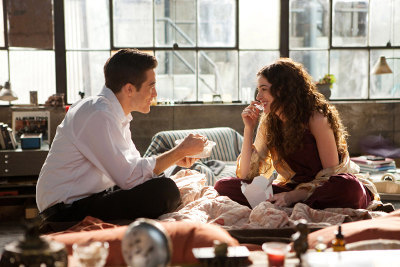 The fictional setting of “Love & Other Drugs” is based on the nonfiction tome “Hard Sell: The Evolution of a Viagra Salesman” written by Jamie Reidy who chronicles his experiences as he played and beat the pharmaceutical industry at its own game in the late 90s. Jake plays cocky young Pfizer salesman Jamie Randall who eventually meets his match in Maggie (Hathaway), an artist who is as casual when it comes to relationships.

The movie introduces Jamie as the black sheep in a successful family and an ultimate seducer who is perfectly happy to float through life minus the burden of responsibilities. But Jamie’s shell of charm and carefree seduction begins to crack after he meets Maggie whose progressing Parkinson’s disease makes it equally hard for her to commit into long-term relationships. 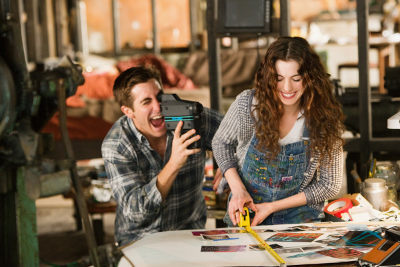 Director and producer Edward Zwick presents two people who are desperate not to go to a deeper, more profound place in their connection to one another. “But their appeal to each other and the nature of the love are so powerful they defeat the couple’s impulses to resist connecting. Jamie and Maggie just can’t help but fall in love no matter how much they try to avoid it. And that’s fun to watch because it provides comedy and emotion,” Zwick relates. 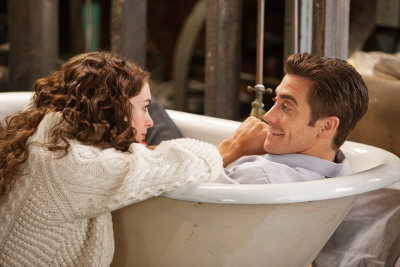 Those themes certainly resonated with the film’s two leads. “Love & Other Drugs” is about what it takes to let love in,” says Anne Hathaway. “Love is hard work and it’s scary – and it’s all totally worth it!” Adds Jake Gyllenhaal: “It’s a comedy and a love story about two people who are running away from the same things: intimacy, connection, and caring. These are some of the most difficult things you can ask of another human being.”
Hathaway notes that her previous collaboration with Gyllenhaal, on “Brokeback Mountain,” was a critical factor in their work together. “We learned that we’re really good scene partners, and good at listening to one another. We go much deeper with that in this movie.”

The actor’s professional rapport was a key factor in creating the film’s uninhibited love scenes, which bring both comedy and heart to the Jamie-Maggie relationship. “Sexual and intimate situations can be very funny,” says Zwick.
“I think audiences will be surprised by the revealing situations in which we discover that humor. It’s not just that Anne and Jake are intrinsically funny, deeply smart and emotional not to mention attractive, but they share another quality that I think is possibly more important — they’re both very brave. Some of the scenes and some of the choices that I asked of them demand that bravery, and the more I saw it the more I feel willing to ask it.”

Early previews of “Love & Other Drugs” in the U.S. surprised and surpassed everyone’s expectations. Zwick explains on the movie’s rave debut, “The movie describes something people have, want to have or something they once had and lost. The see something of themselves in the Jamie-Maggie relationship, and this kind mostly comes out very gratifying.”

“Love & Other Drugs” opens January 26 in (Phils.) theaters from 20th Century Fox to be distributed by Warner Bros.

PrevPreviousN.E.R.D Gives Out An Irresistible Something Out Of ‘Nothing’ Album
NextPerk Up at Coffee Bean and Tea Leaf and Win a Sony VAIO ENext