She’s an established star in genres of comedy, action and drama. Most recently heard in the role of Princess Fiona in the final installation of the enormously successful Shrek franchise, “Shrek Forever After,” Cameron Diaz now stars as the brilliant Lenore Case in Columbia Pictures’ exciting new 3D action comedy The Green Hornet. 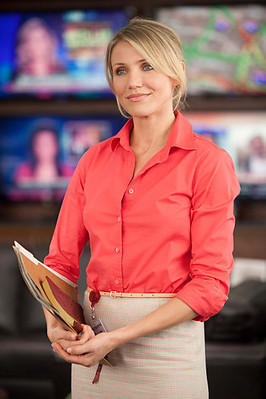 Directed by Michel Gondry, “The Green Hornet” revolves around Britt Reid (Seth Rogen), the son of LA’s most prominent and respected media magnate and perfectly happy to maintain a directionless existence on the party scene – until his father (Tom Wilkinson) mysteriously dies, leaving Britt his vast media empire. Striking an unlikely friendship with one of his father’s more industrious and inventive employees, Kato (Jay Chou), they see their chance to do something meaningful for the first time in their lives: fight crime. To get close to the criminals, they come up with the perfect cover: they’ll pose as criminals themselves. Protecting the law by breaking it, Britt becomes the vigilante The Green Hornet as he and Kato hit the streets. 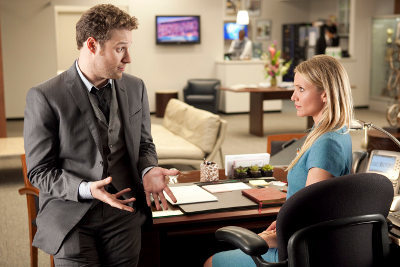 Cameron Diaz brought the updated character of Britt Reid’s secretary to life. “I was in New York and got a call that Seth Rogen and Michel Gondry were doing “The Green Hornet.” Those two names separately were incredibly interesting to me. But hearing those names together? It made the project completely irresistible. When I thought of those two minds together, I didn’t care what it was. I just had to be a part of it.”

Lenore Case was a character that was carried from the original ’30s radio serial incarnation of “The Green Hornet” over into the film – in a slightly different incarnation. In the 1930s, Lenore Case was a woman ahead of her times. In 2011, Lenore is a woman of her times. “She’s smarter than both Britt and Kato put together,” laughs Diaz. “They have no idea what they’re doing, whether it’s running a newspaper or being vigilante crime-fighters. Lenore is passionate about journalism and she’s obsessed with criminology and forensics.”

“The only thing Lenore doesn’t know is that she’s the brains of the Green Hornet operation,” says producer Neal Moritz. “She’s doing the research for Britt and Kato, feeding them information. She thinks it’s because Britt needs to know all of this for the newspaper, but in reality they’re using her research to go out there and be the Green Hornet and Kato.”

Moritz says, “We were so lucky to have Cameron play Lenore. She’s obviously known for her comedy. It was easy for us to have scenes between the three of them that were not only endearing and emotional but really funny as well.”

Reflecting on the high level of collaboration that was so evident in the filming of “The Green Hornet,” Diaz says, “It’s really a great partnership and a lot of fun working with them. You’ll be on set and Michel comes in and gives the direction. Then Seth and [co-producer and co-writer] Evan Goldberg hear that and talk to Michel about a new line of dialogue. All of a sudden there’s this synergistic thing that happens – the set is a blender, all these ingredients are being poured in, you push a button, and out comes the perfect piña colada.”

Opening soon across the Philippines, “The Green Hornet” is distributed by Columbia Pictures, local office of Sony Pictures Releasing International. Visit http://www.columbiapictures.com.ph for trailers, exclusive content and free downloads. Like us at www.Facebook.com/ColumbiaPicturesPH and join our fan contests.