Playing the two young men fighting for the heart of Valerie (Amanda Seyfried) in Warner Bros.’ new fantasy thriller Red Riding Hood are newcomers Shiloh Fernandez as Peter, Valerie’s true love; and Max Irons, making his feature debut as Henry, to whom she has been promised. 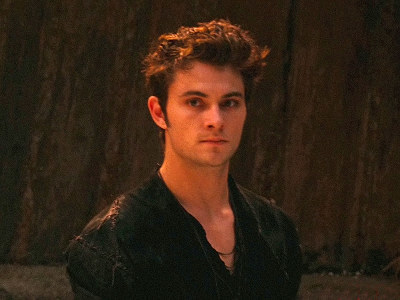 Unwilling to lose each other, Valerie and Peter are planning to run away together when they learn that Valerie’s older sister has been killed by the werewolf that prowls the dark forest surrounding their village. As panic grips the town, Valerie discovers that she has a unique connection to the beast—one that inexorably draws them together, making her both suspect…and bait..

“Red Riding Hood” is the first big break for both Fernandez and Irons, but Seyfried has nothing but praise for her co-stars. “Max has never done a film before and this is Shiloh’s biggest role,” she says. “They’re both so grateful for getting the opportunity to be in a really cool project. And they’re just so focused and so present. In some ways we’re playing younger versions of ourselves so all the emotions are really close to the surface.” 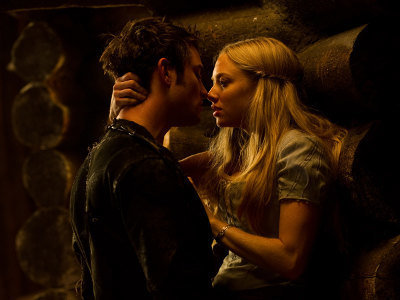 Fernandez read for the roles of both Peter and Henry, but was immediately drawn to the former. “I think we’d all like to see ourselves as the character that fights for the girl,” he says. “Peter’s a really good person no matter what’s happened in his past that has made people believe that maybe he’s dangerous or not very trustworthy. Henry loves the girl too, but she doesn’t want to be with him. And I realized that, yes, I may be more like Henry, but I want to be Peter. I want to be the hero.”

The young actor knew director Catherine Hardwicke from having read for a role in “Twilight.” Though he ultimately didn’t appear in the film, he stayed in contact with the director and was thrilled with the opportunity to work with her on “Red Riding Hood.” “She’s awesome,” Fernandez says. “She’s just really fun and incredibly creative.”

From being cast to walking on the set for the first time, the whole experience was likewise thrilling to Max Irons, the son of actors Jeremy Irons and Sinéad Cusack, making his first Hollywood movie. “It’s amazing when you walk into a set like that every day; you just count your lucky stars,” he says. “It’s like being a child. You’re asked to ride horses and carry swords and act with Gary Oldman, who’s dressed as a werewolf catcher. What’s not to like?”

Seyfried and the boys got along famously, in spite of the conflicts between their characters. “Shiloh’s great,” Irons says. “He and I, in a way, are inherently very different. And all three of us get along. It’s great.” He describes the trio’s rapport with a wry smile, “It’s a lot of jokes, constant jokes. I’m usually the butt of most of them, being English and tall and skinny.”

Like Shiloh’s character, Henry becomes suspected of being the werewolf. Without giving anything away, Irons says his character has just been dealt a bad hand, which is only made worse by this arranged marriage, “His mother died when he was young. Something happens to his father halfway through, debatably because of his inaction. I think he’s an intelligent guy but he often says, ‘Let’s hold back. Let’s think about this more,’ which is interpreted as being a bit of a coward in contrast to Peter. But then when things escalate, I think he decides to take control of his life, say goodbye to Valerie, and go hunt the werewolf And in doing so, I think he actually gets much closer to her.”