Dwayne Johnson gets back to action with Columbia Pictures' new hard-hitting thriller, Faster.

After spending a few years exploring other genres, Dwayne Johnson gets back to action with Columbia Pictures’ new hard-hitting thriller Faster. “The story and the characters really spoke to me,” recalls Johnson. “It is a very simple and distinct storyline, yet all the characters are layered with complexity and complication.” 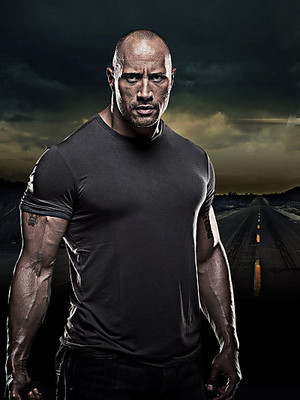 Johnson plays Driver, who after 10 years in prison, has a singular focus: to avenge the murder of his brother during the botched bank robbery that led to his imprisonment. Now a free man with a deadly to-do list in hand, he’s finally on his mission…but with two men on his trail – a veteran cop (Billy Bob Thornton) just days from retirement, and a young egocentric hitman (Oliver Jackson-Cohen) with a flair for the art of killing and a newfound worthy opponent. The hunter is also the hunted. It’s a do or die race to the list’s finish as the mystery surrounding his brother’s murder deepens, and new details emerge along the way hinting that Driver’s list may be incomplete. 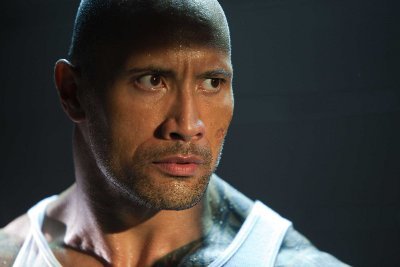 Johnson took special note that Driver’s motivation is very raw and doesn’t require suspension of disbelief. “If something important to you is ripped away leaving you with nothing, the only thing you have left is the ability to make those individuals pay. There are many different ways a person can respond when they lose everything but his response is still reality-based at its core. For Driver, the response is ‘You took everything I had, now you pay.’ When he gets out of prison, it’s safe to say you should put the kids to bed.”

When designing the action sequences and larger set pieces, the filmmakers wanted to move away from the current trends of overly choreographed fight sequences and heavily enhanced use of weapons and physicality. No wires or intricate combat, just raw fury and purposeful violence. “Driver is not a skilled martial artist in any way,” explains Johnson. “He just has an animal instinct that can’t be denied.”

“We wanted to make sure the fighting style was in line with a guy who for the better part of his 20s and 30s lived in prison and fought daily. Those, by the way, are the guys you definitely don’t ever want to cross,” warns Johnson.

Stunt Coordinator Darrin Prescott, whose extensive resume includes the Bourne series and The Matrix trilogy, kept the physicality consistent with the material. “This isn’t the movie where they toss each other over sinks and smash through walls. The action had to fit the story, not just be action for action’s sake.”
Johnson also worked extensively on body language when handling guns so he could make choices specific to his character. Although he had certainly shot guns in other films, Johnson and technical supervisor (and former LAPD detective) Chic Daniel worked on specific techniques for Driver. As was the case with combat techniques, shooting choreography would also be carefully sculpted to reflect Driver’s animalistic nature. “Dwayne’s approach wasn’t about showing an individual well-trained in firearms but was more in line with someone all about revenge,” says Daniel. “The look was instinctive shooting rather than trained shooting.”

The choice of gun for Driver was just as thought-out. The gun had to look menacing and rural, and ideally be loud with a lot of kick back.

“He’s unsophisticated in his gun play so we settled on a Redhawk Alaskan Ruger, nicknamed ‘the Bear Killer,’” says Johnson. “It’s one of the biggest revolvers ever made and it could stop a bear point blank in its tracks.”

Opening across the Philippines on March 2, “Faster” is distributed by Columbia Pictures, local office of Sony Pictures Releasing International. Visit http://www.columbiapictures.com.ph for trailers, exclusive content and free downloads. Like us at www.Facebook.com/ColumbiaPicturesPH and join our fan contests.