Finn Wolfhard Floats From ‘IT Chapter Two’ to ‘The Goldfinch’

The 'Stranger Things' and 'IT Chapter Two' teen actor will also play the role of an immigrant from Russia, in the inspiring drama film 'The Goldfinch.'

For teen actor Finn Wolfhard (Netflix’s “Stranger Things”), one memorable film deserves another.  After starring in the horror blockbuster “IT Chapter Two” as trash-talking Richie, he will soon be seen as Boris, a teen immigrant from Russia, in the inspiring drama “The Goldfinch,” opening in Philippine cinemas September 25. 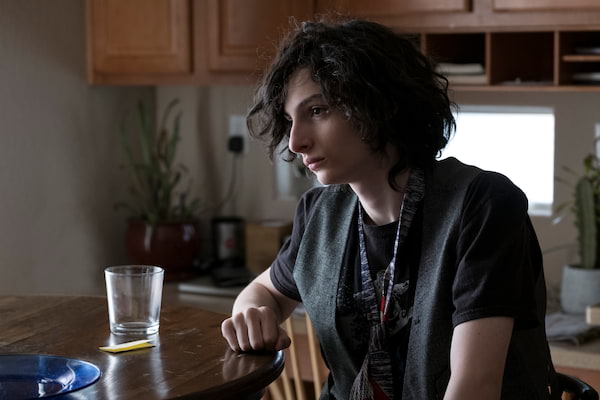 In “The Goldfinch,” Wolfhard’s Boris is a Russian-born, street-smart, recalcitrant teenager who has been forced to grow up before his time.  Both him and Theo (Oakes Fegley) have been reluctantly cast adrift in the outer reaches of Las Vegas, surrounded by sand and rows of vacant houses, emptied by foreclosure.  Apart from being the only two kids within miles, Boris and Theo have misfortune in common: both had mothers who died tragically, and both have neglectful, even abusive, fathers.

Wolfhard says Boris has had to come up with his own rules of survival.  “He’s got it all figured out for himself.  He’s been through tragedy, too, but somehow has come to terms with things and is living life to the fullest.  He reads Dostoyevsky, smokes cigarettes and drinks, and doesn't give a crap about what he’s saying.  That was fun to do—to just flat out say stuff that you think.  But Boris is also wise, way beyond his years, and when Theo comes into his life, Boris has someone to share his wisdom with.”

Wisdom aside, Boris is less than a good influence on Theo, with whom he also shares a penchant for alcohol, drugs and shoplifting.

The filmmakers considered a number of actors for Boris, “but none of them had Boris’s charisma and that mischievous quality that suggests this kid could get you into a lot of trouble and, at the same time, is wily enough to get you back out of trouble.  Finn has all that,” director John Crowley states.

Chemistry was another important factor in casting the two boys, but the filmmakers knew they’d found the right mix when Fegley and Wolfhard were paired during auditions.  “It was very funny because they wouldn’t shut up; I could barely get a word in edgeways,” Crowley laughs.  “They just locked in on each other—playing and having fun and engaging in a way that you can’t fake.  You can try; you can maybe attempt to direct it, but you can’t make that happen naturally between two kids.  It was a real joy to witness, and it continued all the way through the shoot.  The pair of them were like a tonic.” 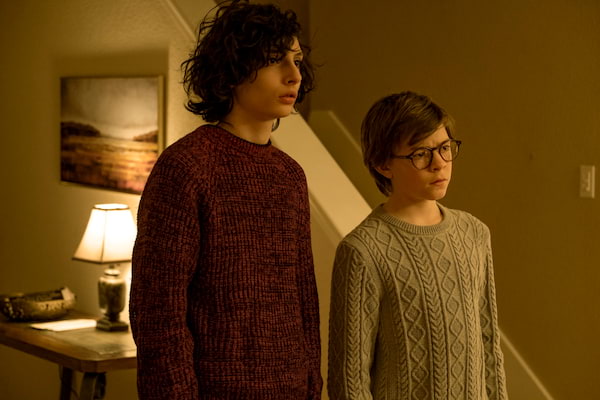 After “The Goldfinch,” Wolfhard will be lending his voice to the character Pugsley Addams in the animated “The Addams Family” movie, set to hit theaters on October 30th.  In 2020, he will star in the haunted house film “The Turning,” opposite Mackenzie Davis and Brooklynn Prince, as well as lend his voice to the second season of Netflix’s animated series “Carmen Sandiego.”

He is currently in production on the feature film “Ghostbusters 2020,” a new chapter in the “Ghostbusters” universe, from director Jason Reitman.

In Philippine cinemas September 25, “The Goldfinch” is distributed in the Philippines by Warner Bros. Pictures, a WarnerMedia Company.  Use the hashtag #TheGoldfinch 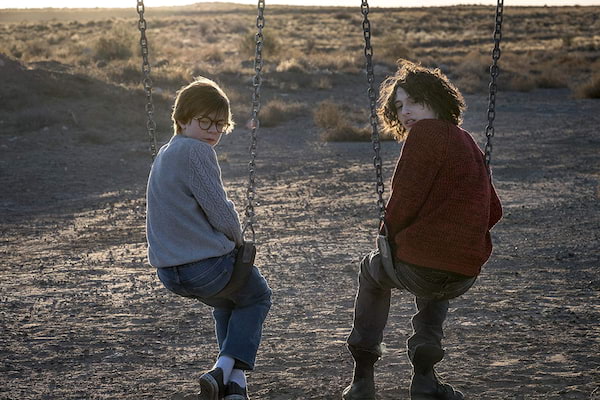 A beautifully wrought coming-of-age story, intimate in its emotion and sweeping in its design, “The Goldfinch” is the film adaptation of Donna Tartt’s globally acclaimed and beloved bestseller of the same name.  The novel, which won the 2014 Pulitzer Prize for Fiction and the Andrew Carnegie Medal for Excellence in Fiction, spent more than 30 weeks on The New York Times Best Sellers list.

The last time 13-year-old Theo Decker saw his mother, she was gliding away from him into another gallery of the Metropolitan Museum of Art.  Seconds later, a terrorist bomb exploded destroying priceless pieces of art…and shattering Theo’s life forever.  The tragedy changes the course of his life, sending him on a stirring odyssey of grief and guilt, reinvention and redemption, friendship and even love.

Throughout the turbulent years, as he grows into adulthood, Theo secretly clings to a single, precious object—his one tangible connection to the mother he lost on that terrible day—a priceless painting of a tiny bird chained to its perch.  The Goldfinch.

In the Warner Bros. Pictures film 'The Goldfinch,' Nicole Kidman plays the role of Mrs. Barbour, the wealthy mother of a dysfunctional family that will redefine what maternal love is.

Loss and Guilt Engulf Ansel Elgort in 'The Goldfinch'

The star of 'Baby Driver' and 'The Fault in Our Stars' plays the role of trauma survivor Theo Decker in 'The Goldfinch,' based on the Pulitzer-Prize Award winning novel.

Best-Selling Book to Big Screen: 'The Goldfinch' Opens in Cinemas in September

WATCH: The New 'Goldfinch' Trailer will Steal Your Heart

Here are the brand new trailer and teaser poster for the big-screen adaptation of the best-selling novel.