Minka Kelly, Object of Obsessive Love in ‘The Roommate’

Kelly plays Sara, the object of a female roommate's obsessive love, in the new suspense thriller.

A stunning and talented young actress, Minka Kelly has distinguished herself with powerful performances in the hit NBC series “Friday Night Lights” and the acclaimed comedy “(500) Days of Summer.” Now, Kelly plays Sara, the object of a female roommate’s obsessive love, in Columbia Pictures’ new suspense thriller “The Roommate.” 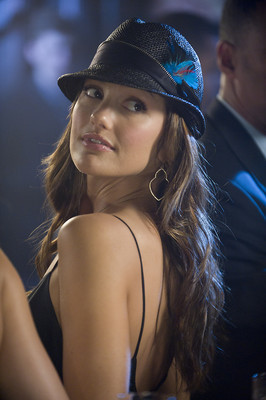 Academy Award®-nominated director Christian E. Christiansen (“Råzone”) crafts a finely tuned tale of madness and role reversal in “The Roommate,” packed with ingenious twists and heart-stopping surprises as Sara (Kelly), a naïve college freshman begins to suspect that her roommate, Rebecca (Leighton Meester) is not what she appears to be.

“Minka is very sassy, which is a really good quality for Sara to have,” says Meester.. “She is also approachable and very kind—and she’s gorgeous. You can understand why Rebecca loves her.” 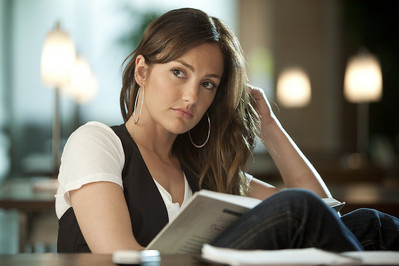 The two developed a friendship off camera as well as on. “Minka and Leighton had a lot of fun between takes,” director Christian E. Christiansen says. “Sometimes too much fun, but when you’re making a scary movie, it helps if you can laugh and fool around just before you’re doing a really serious scene.”

Kelly’s all-American freshness and sunny outlook perfectly suited the role of a Midwestern girl with ambitious dreams. “Minka has the vulnerability that we really wanted for that role,” says producer Doug Davison. “Sara is from Iowa. We wanted someone that the audience could really understand as being from a small town and trying to make it in the big city.”

On “Friday Night Lights,” Kelly plays a cheerleader who is a bit of a bad girl. “I thought it would be really interesting to see her as an innocent girl in this one,” says Christiansen. “It takes some time for Sara to become aware of what’s going on. Minka brings her innate likability to the character, which allows us to be scared for her.” 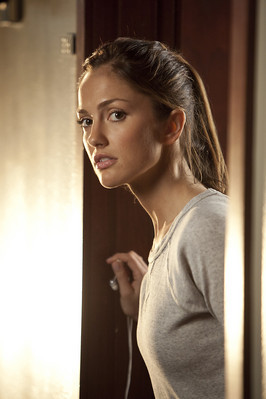 This is the actress’s first leading role in a feature film. “I was excited about the story as a whole,” Kelly says. “Both Sara and Rebecca are great roles, and it was as much fun watching Leighton play Rebecca as it was to be Sara. I can’t imagine anyone else doing it. Everything she does is quite subtle and so creepy that I wouldn’t leave children alone with her.”

“The Roommate” is a movie that people will enjoy the first time and come to see again, in Kelly’s opinion. “When I first met with Christian, we talked about making an intense psychological thriller. On set, he was very patient and took the time to talk through each scene with the actors. There’s nothing cheesy or silly in the film. It is understated, very classy, and honest. I just hope the audience is taken for a ride throughout the whole thing, and that they are perched on the edges of their seats wondering what’s going to happen next.”

Opening across the Philippines on April 6, “The Roommate” is distributed by Columbia Pictures, local office of Sony Pictures Releasing International.