Cam Gigandet now plays against type in the role of a good guy.

Cam Gigandet, already a heartthrob from his role as bad boy vampire James in the blockbuster “Twilight,” now plays against type in the role of a good guy, in Columbia Pictures’ new suspense thriller “The Roommate” where the fragile line between friendship and obsession divides a college dorm room. 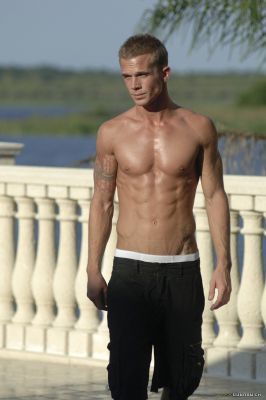 Also starring Leighton Meester (TV’s “Gossip Girl”) and Minka Kelly (“500 Days of Summer”), “The Roommate” is directed by the Academy Award®-nominated Christian E. Christiansen (“Råzone”) who crafts a finely tuned tale of madness and role reversal packed with ingenious twists and heart-stopping surprises as Sara (Kelly), a naïve college freshman begins to suspect that her roommate, Rebecca (Meester) is not what she appears to be. Gigandet plays Steven, Sara’s devoted boyfriend. 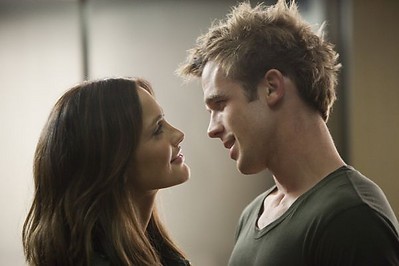 “Steven is a little goofy but he’s a good guy,” Christiansen says. “As a counterpoint to Rebecca, he’s a source of normalcy and stability in Sara’s life. Cam brings enormous likability and charm to everything he does, and he has real sex appeal. Seeing him as good guy is an interesting switch.” 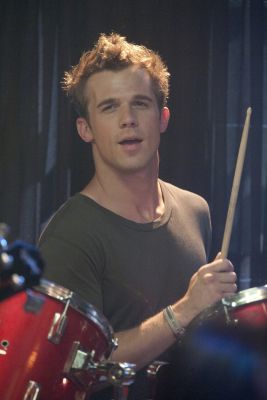 Initially, Gigandet had doubts that he was the right actor for the role. “When I first read it, I did not see me playing Steven,” he says. “Steven is quirky. He’s in a fraternity and he plays drums. It’s very different from everything else I’ve done. But I gave it another read and the second time, the wheels started to turn. Suddenly I got all these ideas about the character.”

“The Roommate’s” emphasis on character and relationships makes it transcend genre, says Gigandet. “This is a classic thriller with hot young stars that give it a whole new twist,” says the actor. “It’s extremely character driven. Sara and Steven’s bond has to be strong and authentic enough to counterbalance Rebecca’s psychosis. The two of them have to go through a journey together, and the question is will they continue on, or will Rebecca win in the end?”

Gigandet gives his co-star credit for lifting spirits on the set whenever she appeared. “Minka’s amazing,” he says. “Whenever she arrived, it became a whole new set. Like her character, she’s just so lovable and endearing. She made it very easy.”

The first scene they filmed together was Sara and Steven’s first date. “Our real life friendship was growing just as our on-screen relationship was supposed be to be growing,” he says. “They were mirror images. The first date scene was awkward, which was perfect.”

A talented up and comer, Gigandet is earning recognition and accolades for his strong performances. He recently received the “One to Watch” award from Movieline’s Young Hollywood Awards, an MTV Movie Award for “Best Fight Scene” for his performance in “Never Back Down,” and was named as one of Hollywood Reporter’s “Next Generation Talent” in their annual 35 under 35 issue.

Cam recently starred in the hit comedy “Easy A” with Emma Stone. He recently wrapped production on the action thriller “Priest” opposite Paul Bettany.

Opening across the Philippines on April 6, “The Roommate” is distributed by Columbia Pictures, local office of Sony Pictures Releasing International.

Visit http://www.columbiapictures.com.ph for trailers, exclusive content and free downloads. Like us at www.Facebook.com/ColumbiaPicturesPH and join our fan contests.