She plays Susan, an ambitious corporate exec deemed the most suitable match for Arthur. 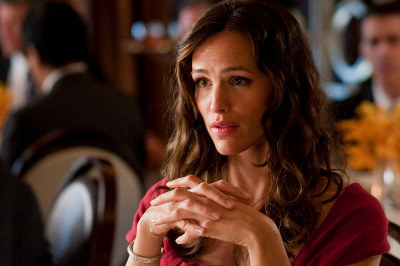 Susan’s the only one who can offer a sure, if loveless, continuation of the only lifestyle Arthur knows. “As far as Susan’s concerned, Arthur can either make this easy or make it difficult, but their marriage is going to happen,” says Garner of her character.

“Susan isn’t after the money, because she has money of her own, but the position and power Arthur’s name can provide,” explains Garnder. “Her family came from poor beginnings and she made something of herself the hard way, but that ultimate status eludes her and she’s savvy enough to know this is the only way to get it.”

Luckily for Susan, her boss is Arthur’s mother, a woman who understands and appreciates her drive. Played by Geraldine James, Bach Worldwide CEO Vivienne Bach is not so much determined to make Arthur miserable but to ensure the success of the company, her first priority. For her, this marriage solves two problems: keeping BW in the family and keeping her wayward son under control. 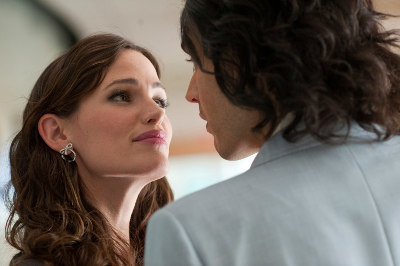 Unbeknownst to her mentor, Susan has another motive for dragging Arthur to the altar. They once dated, briefly, but she couldn’t hold his interest and he moved on. “It’s a slight she has never forgotten, and this is her delicious revenge,” director Jason Winer reveals.

Often cast as the good girl, Garner admits, “It’s fun to be naughty and not liked.”

“Jennifer did a masterful job of conveying Susan’s guile, conniving sexuality and absolute determination, but she also found a chord of humanity in her,” says producer Kevin McCormick. “This is a woman who’s put a lot of work into reaching a certain place in society. She feels she deserves it and there’s nothing she won’t do to get it. Arthur can’t shame her, he can’t shake her. She’s got her teeth in his ankle.”

The strike-and-dodge interplay between Susan and Arthur inspires some of the film’s most memorable moments of physical comedy—in particular, a sequence involving Arthur’s high-concept floating bed, suspended in space by powerful magnets. “Susan shows up drunk at his place in a corset, determined to prove how spontaneous she can be. Unfortunately for her, there are metal stays in the corset. In hindsight, it probably wasn’t her best wardrobe choice,” Garner hints.

Adds Winer, “It’s one of the rare times I can accurately say ‘chaos ensues.’”