He’s a former priest and vampire hunter, but now fancies himself the god of vampires.

Karl Urban (“Star Trek,” “Lord of the Rings”) stars in Columbia Pictures’ new, post-apocalyptic horror thriller Priest as Black Hat, the evil leader of the bloodsuckers. He’s a former priest and vampire hunter, but now fancies himself the god of vampires. 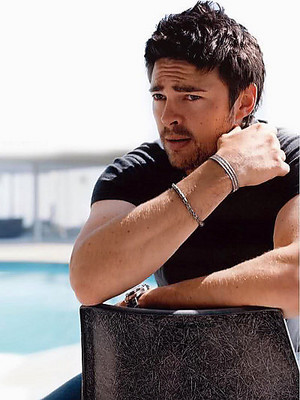 “Priest” is set in an alternate world — one ravaged by centuries of war between man and vampires. The story revolves around a legendary Warrior Priest (Paul Bettany) from the last Vampire War who now lives in obscurity among the other downtrodden human inhabitants in walled-in dystopian cities ruled by the Church. When his niece (Lily Collins) is abducted by a murderous pack of vampires, Priest breaks his sacred vows to venture out on an obsessive quest to find her before they turn her into one of them. 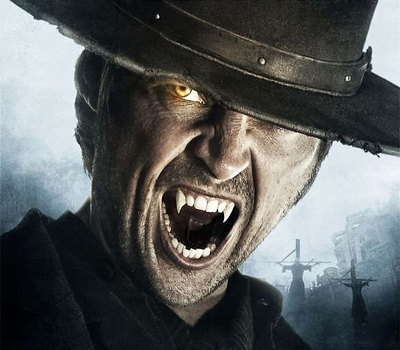 Urban talks about “Priest” in the following interview:

Q: What sets this movie apart from other vampire films?

Karl Urban: I wouldn’t define this as just a vampire film. It’s a post-apocalyptic, futuristic, vampire western. It’s about a man who chooses to go against the system, to walk away from his life and everything that he has worked and fought for in order to do what is morally right . That’s the heart of the film.

Q: Did you prepare physically for the film? Did you have to do any training at all?

Karl: Absolutely, it was a massive physical undertaking. Paul Bettany and I underwent extensive training for the fight and action sequences. Blood was drawn. We were fortunate to work with some extremely talented people whose job it was to make us look good.

Q: Were you familiar at all with the comic book?

Karl: Once I was engaged in the process of creating the character then naturally as part of my research, I then referenced the comic. We were quite inspired by the graphic novel. It’s a good platform to start out. We certainly incorporated some key elements directly into my character. The hat, with the notch is a direct nod to the graphic novels.

Q: How was the atmosphere on the set? How was working with Paul?

Karl: It was fun. I had a really great time working with Paul. He’s a professional. He’s very charismatic, witty, and a real gentleman. Even when I accidentally crushed his fingers while shooting the epic train fight.

Q: So your character is definitely a threat.

Karl: Mainly to humans and fingers.

Q. How are the vampires in this film?

Karl: The vampires in our film are beasts. They are monsters, formidable and terrifying. My character is a priest, who falls in battle and is transformed into the fist human vampire.

Q: It seems you are taking on more villain roles.

Karl: Only because you’ve just seen me be one in this film. Bones in “Star Trek” is not a villain, Cooper in “Red” was not a villain and Judge Dredd is certainly not a villain. I just try to find interesting characters with engaging stories to tell. It’s all about the story.

Q: What were the best thing and the worst thing about the experience of shooting this film?

Karl: For me, I guess the best thing was probably the people involved – the cast, and Scott. The worst thing was probably the day where we were shooting a fight sequence. Paul is hanging onto the side of a train and I’m supposed to smash my boot down onto his hand. We’re in the take, I stomp on his hand and Paul screams out in pain, I’m thinking, “my God, he’s such a good actor {laughing}. So brilliant.” He took his hand off and started running around the set screaming. The ball of my foot had missed his hand, as rehearsed, but the heel of my boot did not. I’m tethered to the top of the train, I can’t move, can’t get to him to say “Sorry mate!” Seriously not fun.

Opening soon across the Philippines, “Priest” is distributed by Columbia Pictures, local office of Sony Pictures Releasing International. Visit www.sonypictures.com.ph to get the latest movie news, video clips, games and free downloads. Find us on Facebook www.Facebook.com/ColumbiaPicturesPH and join our fan contests.