Zoe plays Cataleya, a Colombian woman in her twenties raised by her gangster uncle in America after her parents’ massacre.

For a child to lose her parents is devastating enough. But to have her witness their brutal murder is damaging beyond measure. Zoe Saldana, best known for playing Neytiri in Avatar and Uhura in Star Trek, had to absorb this premise to portray the leading role in Colombiana as effectively as possible. 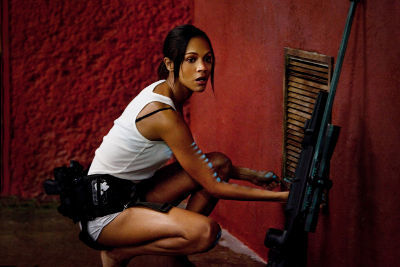 Zoe plays Cataleya, a Colombian woman in her twenties raised by her gangster uncle in America after her parents’ massacre. She works for her uncle as a hit woman, but is also acting on a mission of her own – to get her parents’ killers. The actress reveals that when she was offered the role, she was immediately taken with it. “(Cataleya) lives in a state of permanent mourning, at a distance from any kind of social interaction. She has tremendous concentration and determination, she’s always on the alert.” Zoe understood that her performance should reveal Cataleya’s dual nature — she’s simultaneously single-minded, athletic, cunning, but she’s also fragile, alone and exhausted by that vengeance that’s eating away at her but that drives her, as well. “The violence Cataleya confronts and her pain are inconceivable to me. So I really had to work to comprehend them and feel them…” 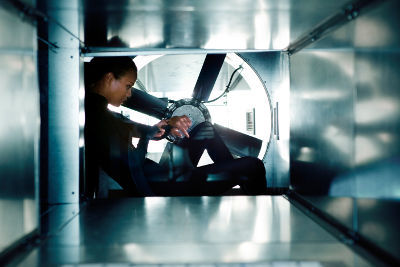 Director Olivier Megaton (Transporter 3, Red Siren, Exit) wanted Cataleya to be able “to kill and to cry”, and had no doubt Zoe was the perfect choice. “Zoe is not only beautiful, she’s also intelligent, she’s got heart, real humanity and enormous will when faced with any obstacle. She was already bursting with ideas, the first time she read the script. On top of that, she was eager to work and is a real perfectionist, which is something we share.” Perfection in the action scenes required rigorous two-month training for Zoe, who did 98% of the fight scenes. Olivier did not want “Colombiana” to be just an action film with “chase scenes, on foot or in cars, gunfire and a good share of explosions”. “I needed hand-to-hand combat”, Olivier continues, “the kind that Jason Bourne has taught us to appreciate again.” With the help of fight choreographer Alain Figlarz (The Bourne Identity), Olivier created a bare-handed fist fight between Cataleya and her ultimate enemy, which is one of the most exciting parts of the movie.

Jordi Molla (Knight and Day, Inhale) plays Marco, the evil henchman of drug lord Don Luis, played by Beto Benitez. Cataleya’s revenge against them leads her to commit 23 murders. Lennie James (The Next Three Days, Mob Rules), who plays FBI Agent James Ross, has been tracking Cataleya for years. But when they finally confront one another, Ross’ reactions to her change. As Cataleya’s character develops, so do the villains’. Once you think you have them figured out, they show what else they are capable of. As for Cataleya and her Uncle Emilio, played by Cliff Curtis (The Last Airbender, Crossing Over), there’s a clash because Emilio discovers his niece’s revenge is set in motion. And she is bent on carrying it all out at all costs. Still, there’s a person that takes Cataleya into a world where love is possible.

Michael Vartan (Rogue, Monster-In-Law) plays Danny, Cataleya’s boyfriend, and her feelings for him make it harder and harder to keep up this double life.

Written by multi-awarded French director and screenwriter Luc Besson and his writing partner in The Fifth Element, Robert Mark Kamen, Director Olivier is positive that “Colombiana” will show “what a good actress Zoe is, how hard she works, and that she’s capable of giving herself over to an absolutely dramatic process, as well as an action process.”