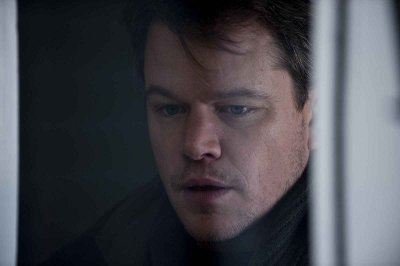 The film follows the rapid progress of a lethal airborne virus that kills within days. As the fast-moving epidemic grows, the worldwide medical community races to find a cure and control the panic that spreads faster than the virus itself. At the same time, ordinary people struggle to survive in a society coming apart.

“Steven sent me the script with a note that said, ‘Read this and then go wash your hands,’” says Damon, with a laugh. “After seeing this movie in a theater filled with strangers, I’m sure that thought will definitely cross peoples’ minds.” 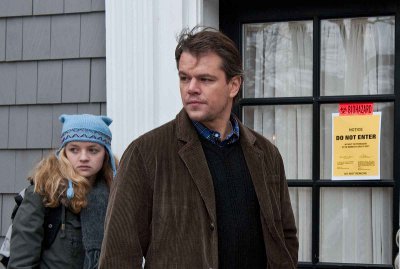 The actor describes his character, Mitch Emhoff, as “an everyman, one of the human faces of the epidemic. In very short order he loses his wife and stepson to this supervirus, leaving him with only one surviving family member, his 15-year-old daughter, Jory. For him, it then becomes all about keeping her safe.”

Soderbergh explains, “Mitch isn’t from the medical or scientific world and so doesn’t know what’s happening, and in that respect he represents most of us. The challenge was to keep his situation dynamic so that he isn’t simply being acted upon, and Matt was a great collaborator. He understood what we were trying to accomplish in each moment. You never catch him acting. There’s no vanity, no self-consciousness in his performance; it’s as if the cameras aren’t there.”

“Mitch is the audience’s proxy and their way into the story,” says producer Stacy Sher. “Watching him do things that, days earlier, he didn’t think possible, makes you wonder what you would do to protect your family and survive, and if you could do it with the same degree of grace and courage.”

The movie’s themes of fear and unpredictability hit home in the relationship between Mitch and his daughter, played by Anna Jacoby-Heron in her feature film debut. Damon says, “It was very easy for me to relate, being a dad myself. Even though they’re going through this extraordinary experience, they’re still dealing with typical issues of parents and teenagers. She wants to see her boyfriend, and Mitch keeps trying to impress upon her the severity of the situation and why even the slightest contact with him, if he’s infected, could kill her. It leads to some highly charged moments.

“`Contagion’ also a reminder of how tenuous our civility is,” concludes Damon. “I heard a report recently about the big influenza disaster of a hundred years ago and how they estimated the population then was a week away from what they called the end of the world, not because of the deaths but because that’s how long they gave it before social structures broke down. And this movie skates along that same timeline.”

Opening across the Philippines on Friday, Sept. 9 in IMAX and regular theaters, “Contagion” is distributed by Warner Bros. Pictures, a Warner Bros. Entertainment company.