Renner, the enigmatic agent William Brandt in Mission Impossible: Ghost Protocol, discusses what's it like to work with Tom Cruise.

Academy Award winner Jeremy Renner plays the enigmatic agent William Brandt Mission Impossible: Ghost Protocol. The character had immediate appeal to Renner. “Brandt is an analyst, a seemingly tight-wound desk guy who is smart as a whip, and that’s his job. He’s not very emotional about things. Then, you slowly start to see the revealing of who he really is – particularly through seeing this physical skill set you would not expect out of a tight, blue shirt-wearing analyst. He doesn’t really want to be part of the team, but circumstances force him to join the group,” says Renner. 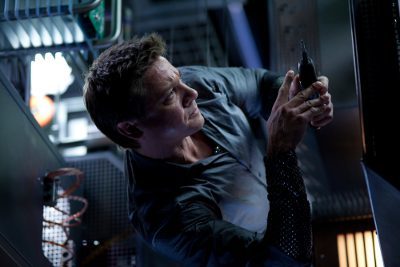 Renner came to the project almost by chance, after a quick meeting with Abrams regarding another project, on a day when Cruise happened to be visiting for a production meeting. “Then, literally, from that meeting, I just came over to Paramount and sat down with Brad Bird, Bryan Burk and Tom, and they pitched me the story – there wasn’t even a script yet. They described the character and it seemed pretty interesting. I couldn’t say no.”

How were you offered the role of Brandt?

I met up with Tom Cruise and Brad Bird and Bryan Burk, one of the producers, they all had their own sort of take on what the movie was and gave me a general sense of everything and why they wanted me to be a part of it. I couldn’t say no. I mean I was a fan of Tom and the franchise, with the machine of Paramount behind it, the great support system that they give, and then Brad Bird sealed the deal for me; I love his movies. There was no reason not to do it.

Would you say Brandt is a new kind of Mission: Impossible agent?

Yeah, definitely a new character, I think every character in this movie is new. Even though Pegg was in the last one, his character has grown and continued on to be a field agent—not a guy behind the scenes. There are so many things that are so different; I don’t want to draw a comparison to any of the other Mission movies. It being a Mission: impossible is the only thing it has in common with the previous films, that and Ethan Hunt are the through-lines here. There is great conflict and drama and a sense of humour within all the characters: I really think that’s what separates it. Of course it has the big action set pieces, and Mission: Impossible is known for those big action set pieces, but this has things even bigger and more intense and now it’s partially shot in IMAX, which is really more immersive visually. But there’s time and care spent on the characters, as much as you possibly can in a big, fun popcorn movie like this so you get invested hopefully and then the ride becomes even more fun.

What is it like working with Tom Cruise on this franchise, he is so much more than just its star, as a producer he is instrumental in bringing each new sequel together?

He is very inclusive, he makes you part of every stage of the process. I never felt left out in the cold, I always felt like it was a collaborative effort, which is a really, really wonderful thing to be a part of. You get to learn a lot and I learned a lot about him as a person in the process, personally as a friend and then also as an actor I’ve looked up to for years. And he couldn’t be more generous and giving of his time. But he also sets a really high bar that challenged me as an actor, and as an athlete: he got me into a really great physical program that obviously he’s been on, got me in the right mind set to be able to do the things I needed to do. He would bend over backwards, do anything for any of his actors to make this the best experience, the best it could be, and I think he’d do it for anyone. I certainly felt singled out even though I know I wasn’t, he makes you feel that way. And Tom, he’s really, really gregarious and generous with his time, he just makes you feel like you’re the only person in the room.

How would you say this Mission: Impossible is bigger than the other ones?

Bigger doesn’t always mean better. You could make this a really intimate story as well and I think it’d be fantastic. But this one has a big scale, and the places we go and the things we’re doing, the action set pieces were big, like the Burj Khalifa. That’s a really big set piece. And the story, the scale and the stakes are really high, much higher than they have been in the other ones. IMF is shut down, it’s coming at it from a whole other angle. How do you get bigger than this?

With Tom Cruise so invested in the film’s realism, doing as many of the stunts himself — including climbing up the side of Dubai’s Burj Khalifa the tallest building in the world — did you feel you had to step up and do your own stunt work?

Absolutely, and he pushes you to do it too. There was the opportunity to do so many things physically that I’ve never done. I had to get into really, really great shape and I was doing Filipino Stick Fighting and I didn’t know what that was and muay thai (a combat sport). I’m doing it for five hours a day, fighting, training and then doing all this stuff on a wire. I’ve never done anything on a wire prior to this and it was really great fun, I got to learn a lot! And I feel like it’s a kind of like a new sport — doing stunts is a whole sport, you have to treat it as such. And, boy, did I have a blast! I really, really had a blast doing it.

That’s what makes the Mission: Impossible films wonderfully old-fashioned because they’re all the extremes of the real world, not green screen and computer effects. You’re going to go up the Burj Khalifa, and that reality sells it to an audience…

Right, right, the whole reality of it, and we’re all doing it. There is fantasy in it, in the circumstances of the plot: the Kremlin blows up, people die and their world’s ending. But it is tied in with the reality of what we’re doing, and that is the great ride, the roller-coaster ride that hopefully we take the audience on for two hours. I think it’s a really terrific film because of that sense of reality, the humanness of the characters. I know that when I go to the cinema, whether it’s a big movie or small movies, I’m an audience member too, I need to connect with somebody, or care about somebody or hate somebody, I need to get in there and I feel like they did a really great job with this one.

How much is this Mission: Impossible focused on being a team game with Tom Cruise’s Ethan Hunt as their leader?

They’re always going to have that kind of Tom Cruise stamp on them because he’s a force to be reckoned with, but he was adamant about it being a bit more of a team, a crumbling team or terrible team or wonderful team, whatever we end up being or not being… He certainly wanted it to be a bit more of a collective than him just going on this journey and the audience following. Now it’s a little bit more splintered out.

We’re in a shape-shifting political universe now, in terms of who are the potential villains, how easy is it to make a spy movie in 2011?

You know, I don’t know. We don’t want politics to get involved, it’s just sort of bad guys are bad guys, and doesn’t matter what country they’re from. But there’s also the technology factor where in the IMF there’s all these gadgets. In movies in the 70s there’s no cell phones. If there’s a bad guy coming round the corner you can’t just call the police, but now there’s technology for everybody. So you have all this technology, but they undercut it in this movie where the gadgets don’t really work properly or they malfunction so there are a lot of fun things they did to keep it sort of updated but still realistic.

Surely one of the great pleasures of Mission: Impossible, like the old Bond films used to offer, is the chance to go round the world?

For Mission, we had some Moscow, we were in Prague, we were in Dubai, we were in Mumbai, and then Vancouver. Most of those were splinter units, the main unit, main, main stuff was in Prague, Dubai and then stagework in Vancouver. They had a race sequence over in Mumbai real quick and then did a week I think somewhere in Moscow, but otherwise we did Prague and Vancouver and Dubai for the big set pieces.

What is it like at the top of Burj Khalifa the tallest building in the world?

It is twice the size of The Empire State. Twice the size! It’s surrounded by proper skyscrapers with 70 floors, there’s a lot of big skyscrapers round there, but they look like little Lego. Like a little model of the city down below you. The only things you see are those big buildings and they’re so tiny, everything else is just like from a plane. It’s the craziest, craziest thing and amazing view. It’s actually a beautiful building, and I hear they’re building one that’s going to be bigger than that in Saudi Arabia — Jeez, is it high up there! It’s pretty spectacular.