Fincher is once again collecting accolades – the latest is a Best Director nomination from the prestigious Directors Guild of America.

The holiday movie season last 2010 seemed to belong to filmmaker David Fincher. His “The Social Network” struck the zeitgeist among movie goers, critics and awards groups. Twenty-five days after Fincher completed “Network,” the director found himself in Sweden, shooting Columbia Pictures’ new thriller The Girl With the Dragon Tattoo. 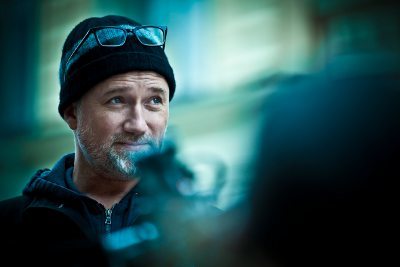 And like in 2010, Fincher is once again collecting accolades – the latest is a Best Director nomination for “Dragon Tattoo” from the prestigious Directors Guild of America. 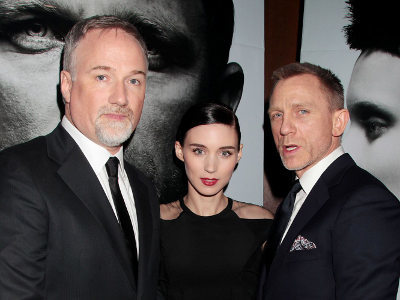 In the following interview, Fincher talks about the film, the Swedish franchise and his sentiments on Hollywood’s awards season this year.

Q: How is your version different from the Swedish film?

David Fincher: “I wholly respect what’s been done in advance of our beginning. But I also think that we brought it a different sensibility to it, a different telling. We’re doing parts of the story that were cut for length or budget in the past. There is a lot of back story and some of that stuff is channeled elsewhere in the Swedish version.”

Q: Do you feel pressure to live up to fans’ expectations?

Q: There were many actresses vying for the explosive character of Lisbeth Salander. How did you pick Rooney Mara?

Fincher: “I didn’t see Lisbeth like that. I don’t see her as a kick-ass avenger. I see her as damaged goods and very real. I was never looking for her to be Joan Jett. I was looking for, ‘How does a girl who’s been through all the things that this girl has been through — how does she survive, where does she find a moment of happiness, at what point in the movie does she smile’?”

Q: And Rooney answered those questions for you?

Fincher: “These are the things that you turn to somebody, not just because they’re a great actor or because they can pretend well, but because they’re sort of an emotional hanger and you’re putting this character, like a suit of clothes, on it. The wonderful thing about Rooney was it kept exposing itself layer after layer.”

Q: You have a 17-year-old daughter. Did this story speak to a protective fatherly instinct in you?

Fincher: “I’m not gonna deny that there are things about Rooney that are similar to different women that I have in my life. I would like to say that I felt compelled for reasons of feeling injustice. It’s shocking to me the kind of depravity that the story was talking about. But it was first and foremost these two characters and the story — this bizarre team, these bizarre lovers, these bizarre avengers. This story has a lot of the trappings of pulpy thriller fiction but it also has deeper roots and deeper resonance.”

Q: Last year “The Social Network” cleaned up during awards season. Do you have any hopes for “Dragon Tattoo” doing the same this year?

Fincher: “No. I honestly don’t think that’s in the cards. There’s probably too much sodomy in this movie for it to be (a contender). But who knows? Maybe sodomy is big this year. (Laughs)”

Q: How about box office. Do you think the subject matter will affect the film’s ticket sales?

Fincher: “When the book was first given to me in 2006 or something, in galley form, the answer (to the question was), ‘I don’t know.’ It was up my alley, but I didn’t know if anyone was was going to read the book. That ‘I don’t know’ thing is important to me to keep. It’s the secret handshake. The fact that 60 million people have bought the books says to me that there is an audience out there who is okay with adult themes and adult material if it’s done well and it has some human characters at the center of it.”

Q: Would you like to continue working on the rest of the books and direct the second installment?

Fincher: “At this point, no. But ask me again in two months. I’m so tired right now I can’t think straight. You don’t ask a woman in labor, ‘Do you want another child?'” (laughs)

Opening across the Philippines on Feb. 01 in its uncut R-18 version, “The Girl with the Dragon Tattoo” is distributed by Columbia Pictures, local office of Sony Pictures Releasing International. Visit http://www.columbiapictures.com.ph for trailers, exclusive content and free downloads. Like us at www.Facebook.com/ColumbiaPicturesPH and join our fan contests.