Channing Tatum Must Win His Wife Back in ‘The Vow’

One of Hollywood’s most sought after young actors who have established themselves among the next generation of leading men, Channing Tatum (“G.I. Joe,” “Dear John”) now stars opposite Rachel McAdams in Columbia Pictures’ inspiring romantic drama The Vow. 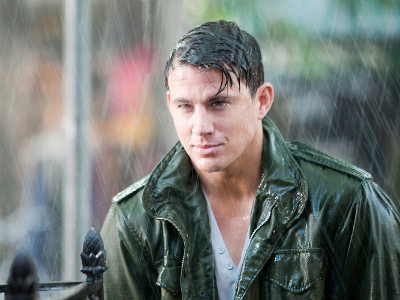 In the film, newlyweds Paige (McAdams) and Leo (Tatum) were struck by tragedy shortly after their marriage. A car crash puts Paige in a coma, where she is cared for by her devoted husband. When she comes to, without any memory of her husband or their marriage, the husband must woo her and ultimately win her heart once again.

Tatum is a self-proclaimed hopeless romantic, and felt the script told an authentic story about a once in a lifetime love and what people will do to hold on to that. “Falling in love is the easy part!” notes Tatum. “Getting on with your life together and making sure you stay in touch and connected because life can get in the way sometimes, that’s the tough part. I think that a huge part of Leo and Paige’s journey is based on the fact that not only do they make each other intensely happy and support each other, but that they pushed each other to grow and when you do that it really does take you to the next level in a relationship and in life.” 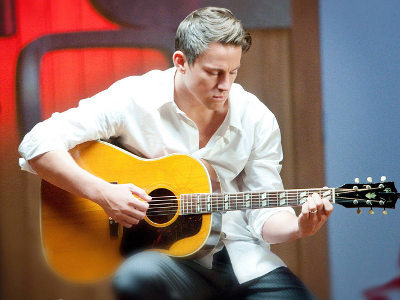 The actor admits that he found the role emotionally difficult at times because, as a young husband himself, he couldn’t help but imagine himself in this situation: “I hope I would be as brave as Leo is; it’s heartbreaking for him, but he has the faith to let Paige find her own way. And this role is great because Leo is so truthful about his love, he doesn’t hold it back, and I can relate to that. I love love! It’s harder to play than running around with guns and being physical, but it’s very satisfying.”

Tatum says it made total sense to him to work so hard to win Paige back: “If my wife (actress Jenna Dewan) lost her memory of me, I wouldn’t just be like ‘Okay, alright, well, see you later, good luck’. No. I’d be fighting tooth and nail and plug away at this until it comes back. No matter what.”

He continues: “It’s so frustrating for Leo because there’s nothing visibly wrong with his wife; she talks like Paige, she walks like Paige, everything is exactly the same, but it’s just her memory of her husband is completely gone. And it’s that much more painful that she remembered other people, her family, but just not her husband and everything they had been together.”

For director Michael Sucsy, casting Tatum was a case of finding the soldier of love in an established movie warrior. “The Leo role is a knight in shining armor, and prior to this I’d only seen Channing’s work where he’d been in tough, military roles. So I went to meet him, and we sat down, and I called the producers afterward and I said, ‘He is the guy. He’s Leo. It’s perfect for him.’ I got the sense that his heart was bigger than his chest cavity. He’s got a huge heart, Channing does, and so does Leo, and that really comes out when he has to keep sticking with his wife through the ups and downs.”

From Rachel McAdams’ point of view, “Channing Tatum is the perfect guy for this role because he’s a real renaissance man; chivalrous and gentlemanly. He’s playing someone who would do anything to win back his wife’s heart and that’s very much, I think, who Channing is. He’s a very heroic kind of guy, so yeah, and I know he loves love and really believes in it and I think he made Leo a really stoic character that you just fall in love with and believe that he’s definitely the rock in the relationship throughout. He added such lovely little touches to Leo.”

All in all, Channing Tatum sums up the core of the movie’s message this way: “It’s a big deal to vow yourself for life to somebody and mean it. It really is something.”

Tatum will next star in a contemporary motion picture adaptation of “21 Jump Street” opposite Jonah Hill. Tatum and Hill are also executive producers on the project, which is directed by Phil Lord and Christopher Miller.

Opening across the Philippines on Feb. 10, “The Vow” is distributed by Columbia Pictures, local office of Sony Pictures Releasing International. Visit www.columbiapictures.com.ph to see the latest trailers, get free downloads and play free movie games.