Wahlberg, who plays Chris Faraday, describes his character and the movie in this interview.

For Contraband, Director Baltasar Kormákur employed the same casting technique he used during the years he made movies in his home country. Rather than choosing an actor by his or her looks, the director casts according to the performer’s personality. “I like to find the core of people,” he says. “The outer appearance is less important. What is the person? You try to figure that out and make that right for the character.” 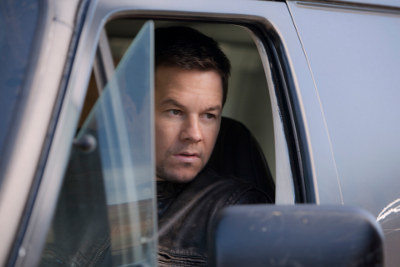 The first actor cast was the same man to whom the director brought his ideas for a film inspired by the one in which he last performed. Kormákur commends: “Mark Wahlberg has a mixture of boyish charm and toughness, and you believe him as a blue-collar guy. Chris has actually walked out of the criminal world, but then he’s forced back in. That’s the great thing about heist-thrillers. It’s great to see people step outside the norm and do something that the rest of us wouldn’t do.”

Describing his character, Wahlberg explains: “Chris is definitely a thinker, but he is not afraid to raise his voice or get his hands dirty.” For Wahlberg, when his character finds himself back in the game, and possibly over his head, that’s when the fun begins. He offers: “Chris is continuing to try to figure out a way to survive, to still solve the problem and then get his ass home to his wife and kids.”

What drew you to this project?

I saw the original movie and really liked it a lot. These are the kind of movies I like to watch, with the kind of characters I like to play. Now our new thing is to try to find cool European films, obtain the rights and remake them.

Can you describe your character, Chris Farraday?

He is just a good, hard-working guy trying to do the right thing. Unfortunately, his brother-in-law is not the sharpest guy around so Chris has to go back and clean up his mess. This forces him back into the world of smuggling.

I like the fact that he is more of a thinker, even though he gets pretty violent in certain situations. The way he has to think and react in all those different situations really appeals to me. 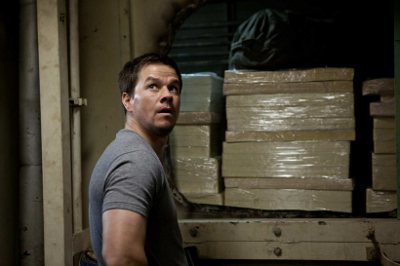 He is in a world of criminals.

Yes, but he is nicer than the other guys in the movie and you want to root for him. Chris is definitely respected in that criminal world. He knows how to stick up for himself.

He would do anything to protect his family. Do you identify with him in that respect?

Absolutely. There isn’t anything I wouldn’t do to try to protect my family and provide for them. It doesn’t take a lot for me to get into that head space.

As a producer, how much input did you give the director on set?

You should always try to give the director the freedom and space he needs to do his thing. There are times when I find myself looking at the big picture, but considering that this is Baltasar’s (director) second go with the story, he knew this movie better than anybody else. I wanted to give him as much freedom as possible. It’s a fine line to walk.

What can you say of Baltasar Kormákur as a director?

He is great with actors. I thought that all of his choices were very smart and instinctive. He is really talented. Being an actor himself, he has a unique understanding of what’s going on in front of and behind the camera. He knows how to communicate with everyone and give encouragement. He’s also very easy to get along with. Baltasar really cares about his work. So, if anybody is not trying he is going to say something.

All I can say is that if I could make the rest of the movies in my career with him, I would. I’m actually hoping to do another film with him in spring.

How do you see Baltasar’s future in the industry as a filmmaker?

Hopefully Hollywood, and bigger budgets, won’t spoil him. He is used to making small independent movies without all the bells and whistles.

Do you think his background of making small independent movies helped him on this film?

Batlasar managed to shoot this movie in 37-days. He did it with all the action and for the budget he had to work with. After CONTRABAND, I went and shot a comedy that took almost twice as long, with no action.

How would you describe CONTRABAND?

At the end of the day, it’s an action movie. But I also think it has many strong characters that separate it from similar action films.

How was it working with Ben Foster, who plays your best friend Sebastian, in the movie?

I’ve wanted to work with Ben for some time. He was my first choice for that part. The first time we met, we really hit it off. Just like Giovanni Ribisi, who plays Tim Briggs in the movie, he responded to the material. Ben Foster is an extraordinary actor and an intense guy.

What did you think Kate Beckinsale brought to the role of as your wife, Kate Farraday?

I thought she was great. I was thrilled when she came on board.

What do you think appealed to her about CONTRABAND that made her want to be a part of it?

When you get successful in a certain genre, it’s sometimes difficult to say “no” to those same types of movies. Kate wanted to get back to something real and gritty. She showed up and did a great job.

How did she surprise you?

I didn’t really know her. She comes off as this really sophisticated and elegant woman but she doesn’t mind getting in the mud, which she literally did on her first day of the shoot.

Mexican actor Diego Luna (Gonzalo) has a small but quite relevant part in the film.

Diego is awesome. I was a big fan of his and I was so excited that he was going to come and play this part for us. He is such a sweet and really talented guy.

You have some frantic moments with Diego in CONTRABAND. Do you enjoy shooting action?

I enjoy shooting the action and fight scenes. Especially if I’m hitting and not getting hit back, like in the scenes with Giovanni Ribisi. I have always been a huge fan of Giovanni’s work, too. He has a very strong presence in this movie.

The truth is that you have assembled quite an impressive cast for CONTRABAND.

We have a really great cast. It was one of those things that just came together. As a producer, I’m always fighting for the people I want. When you get an idea of someone for a role, it’s hard to veer off from that.

Most of the film was shot in New Orleans.

I love New Orleans. The restaurants are fantastic and they have great crews. People really work hard there. They are enthusiastic about it and care about the movies they are making. It’s a great town. I’m actually shooting another movie there right now.

You also shot some scenes in Panama. What was that experience like?

It was great because we didn’t have any restrictions. We got into a van and that was it. We ran around the city and shot some great stuff. That energy was awesome for the movie.