'The Descendants' is extraordinary because it is so ordinary. The movie is filled with alien lives, but it presents audiences with very mundane details.

Plenty of movies have ended with the protagonists on some tropical paradise, sipping on umbrella drinks, reveling in their freedom from whatever problem they had just narrowly escaped. It’s an easy indicator of happiness and victory, the various crises one encounters in life unremarkable in the face of a glorious tropical sunset. The Descendants is a film that realizes that even paradise can be ordinary. The film presents a version of paradise that seems closer to reality, one that is not immune to the routine pain that the universe might bring.

Hawaiian real estate lawyer Matt King (George Clooney) has never had much time for family. That had to change when his wife got into a boating accident and fell into a coma. For the past few years, Matt has been easing back into being a parent, all the while tending to a wife that had already grown distant from him. Now, she’s set to be taken off life support, and Matt goes about the unpleasant task of informing friends and family of their impending loss. But things get complicated when it’s revealed that his wife had an affair before the accident. Aided by his teenage daughter Alexandra (Shailane Woodley), Matt sets out to find the lover and confront him.

The plot unfolds unhurriedly, the movie letting the drama come at a relaxed, natural pace. This film is about the pain that lingers at the edges of a person, the thorns that lie beneath the polished, practiced exterior. It is about pain so ordinary that it’s become accepted, a dark cloud so ubiquitous few feel the need to mention it. In the same way, the film is about love, but the kind of love that doesn’t really warrant the gesticulations of mainstream cinema. The film takes great pain to accurately depict the lives of very ordinary people in an extraordinary setting, playing up the beautiful normalcy of both their joy and their sadness.

The film moves breezily – perhaps too breezily for the prickliness of some of the plot points. A couple of the characters are too broad, and a few of the laugh lines feel forced. The film is at its best when it plays its comedy low-key, the absurdities inherent to the situation just lying on the frame, with little need to comment further. The drama is handled more deftly, all of it feeling earned and genuine. Alexander Payne’s melancholic direction finds plenty of empathy along the way, bringing out the humanity in even the most cartoonish of characters.

This might be the first time that George Clooney has actually played his age, and it produces a remarkable performance. It might be a little difficult to forget that he’s George Clooney, but on screen, the actor embodies an entirely different kind of person. His natural rakishness is replaced with constant societal discomfort. In almost every scene, he reflects the very idea of a man who can only feel right when he’s working. Clooney gets ample backup from a young supporting cast. Amara Miller and Shailene Woodley are terrific as his kids, and Nick Krause is able to mine surprising depth and empathy from what first appears to be a joke character.

The Descendants is extraordinary because it is so ordinary. The movie is filled with alien lives, but it presents audiences with very mundane details. In another, triter version of this movie, Matt King might need to win the big surf contest to reconnect with his daughter. Or his tears might revive his comatose wife. But the movie offers only the salvation of being able to share one’s pain, and the joy of a quiet night spent on the couch with family. There is no paradise to be found here, but that’s all right. There’s something to be said about these ordinary lives, and the small pleasures buried within. 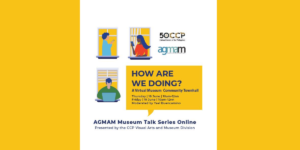