'Wrath of the Titans' brings the battle back to the mythical land of gods and monsters in a fight of cataclysmic proportions.

Sam Worthington reprises his character of Perseus in Warner Bros.’ 3D action-adventure Wrath of the Titans which brings the battle back to the mythical land of gods and monsters in a fight of cataclysmic proportions, bigger and bolder than ever before. And for our hero, Perseus, this time it’s personal. 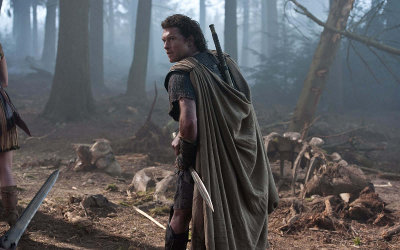 “It’s an amazing adventure that takes Perseus to places no mortal has been before and pits him against enemies the likes of which no man has ever faced,” states director Jonathan Liebesman.

Having survived his first encounter with the Underworld in Medusa’s lair ten years earlier, Perseus has tried to forget the demons of the past and live a tranquil fisherman’s life with his son. But he’s given no choice when the war comes to him, and despite trying to hide his demigod identity for years, he can no longer deny his birthright…or his place on the battlefield.

“On his first quest, Perseus had lost everyone that mattered to him and was out for revenge, so on some level it probably didn’t matter to him if he lived or died,” Worthington recalls. “But now he’s matured, has a kid he loves dearly, and is content with his life. He sees the world differently; he doesn’t want that world to change.” 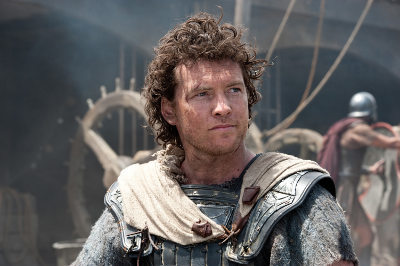 Worthington says he was interested in exploring the changes in his character after a decade or so has gone by in Perseus’ life. “Unlike before, he is now reluctant to join the fight. It’s not an easy decision, and his hesitation really comes from trying to determine what he feels is right: does he leave his son to help his father, or stay with his son and leave his father to go it alone?”

“In Greek mythology,” Liebesman notes, “the gods always neglect their human families. They’re very selfish. Perseus, despite being a demigod, is trying to live a selfless life as a mortal, dedicated to raising his kid.”

Perseus’ initial choice seems to be an easy one: he’s a parent, he’s not going anywhere, no matter how badly Zeus pleads with him, no matter how many of his dreams Zeus haunts. But the decision is really taken out of his hands when the fight quite literally comes to him in the form of a terrifying, three-headed Chimera that attacks his village. Of course, by fighting the monster, it becomes clear to all—including his son—that Perseus is no ordinary fisherman.

Regardless of how badly Perseus may want things to go back to the way they were, it’s clear to him that they’re not going to—that Zeus was right, the world is changing. It’s a message the god of thunder and lightning has been trying to convey to his brother Hades as well, but his warnings have fallen on deaf ears.

According to producer David Leslie Johnson, “In the mythology, Perseus’ greatest adventures come to an end after he saves Andromeda, which happened in the first film. We had to imagine what he did next, to invent a new adventure for him, in essence creating a ‘lost myth’ that feels as though it should be part of his mythos.”

“Ancient myths feel familiar and are relatable to all of us, which is why they last throughout the centuries,” producer Polly Johnsen observes. “The writers came up with one that fits right in—a relevant, relatable story that delves into the universal themes of love and hate between fathers and sons, and sibling rivalry. Then Jonathan brought his gritty, realistic take to it which, combined with the huge fantastical elements, I think makes for the best of both worlds.”

“We tried to make an epic film in every sense of the word—an inspiring story with powerful themes, massive creatures, kinetic action sequences, spectacular settings and iconic characters played by an incredibly talented cast,” Liebesman concludes.

Opening across the Philippines on March 29, “Wrath of the Titans” is distributed by Warner Bros. Pictures, a Warner Bros. Entertainment Company.