QCinema Report: ‘The Whistlers’ Veers to the Cerebral Instead of Joy

As interesting as the plot element of learning a non-verbal communication technique such as the whistling language is, Romanian film ‘The Whistlers’ never transcends into the level of metaphor or symbolism.

The Romanian film ‘The Whistlers’ written and directed by Corneliu Porumboiu is a complex crime story that was a surprise for me to discover that it’s a comedy. After watching the film, I went online and was shocked to find that it’s a comedy because the film comes off as quite dry and very involved in the plot with all its twists and turns.

We follow the story of a middle-aged policeman Cristi (Vlad Ivanov) who goes to Gomera in the Canary Islands to learn a whistling language so he can communicate with criminals over far distances without using words. Cristi is in a tangled web of misdirections and lies as Cristi is seemingly working with the police in looking for stolen money to the amount of 30 million euros. But in actuality, he is working with the mafia to help get their associate out of prison.

The film is presented in a non-linear manner, going back and forth through time so it can get confusing trying to put all the pieces together. We know Cristi has a strange relationship with his mother and we know that he has a sexual attraction and relationship with his criminal associate Gilda (Catrinel Marlon), but he is also relied upon by his tough boss Magda (Rodica Lazar).

There seems to be a lot of focus on the process and systems in the film: scenes showing us how the whistling language works and how it is used by Cristi and the mafia to try and get their associate Zsolt (Sabin Tambrea) out of prison. There is a lot of care in how Cristi seems to appear like he’s working with the police but secretly undermining their every move.

But beyond that, the film hits a singular note and remains in that vein all throughout. Maybe it’s a cultural thing? But the dry humor escapes me as I feel less and less interested in the characters as the story continues to unfold. There is a seriousness to the proceedings that doesn’t translate to what I understand as comedy except in the scenes and performance by Cristi’s mother (Julieta Szonyi). 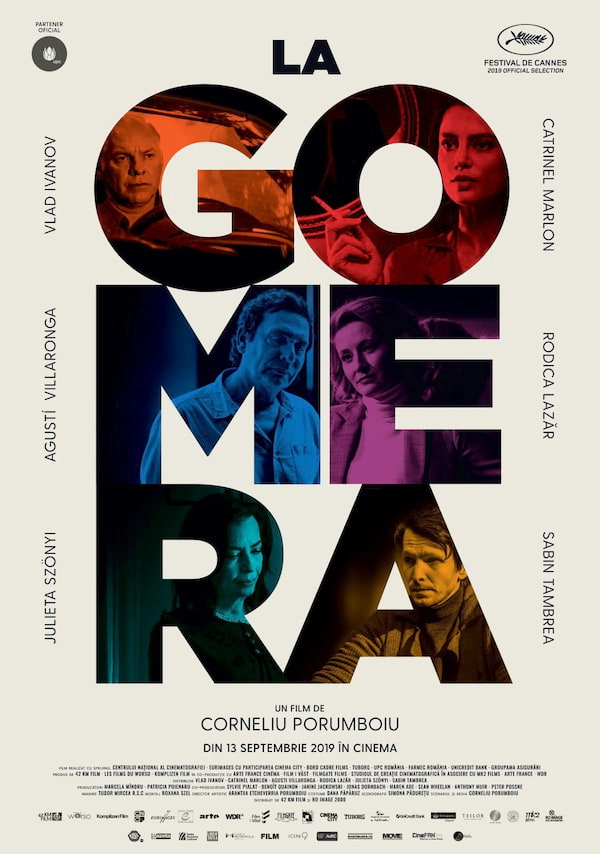 The direction and cinematography is functional, telling the story piece by piece, but it never gets me involved into the lives of these characters. There is a distance in the shots and in the movement and pacing that it keeps it from feeling dynamic. I feel like I’m being kept away from the emotions of these characters and never do I feel involved in this complicated heist.

And as interesting as the plot element of learning a non-verbal communication technique such as the whistling language is, it never transcends into the level of metaphor or symbolism. It’s a plot device and nothing else. Maybe it is a contrast to all the lies that permeates through the story and that the only people who communicate consistently in this method are Gilda and Cristi, but there’s not a lot of chemistry working between Ivanov and Marlon to justify that interpretation.

As it is, ‘The Whistlers’ works within the first layer of meaning that you see in the film. I don’t get a feeling of layers and layers of meaning underneath this crime film with deadpan humor that might not be everyone’s cup of tea.

But maybe there are nuances in Romanian cinema that I’m just not aware of that I’m missing out on. I’m still thankful that QCinema has brought in a Romanian film so I can at least say I’ve seen one.

A policeman is intent on freeing a crooked businessman from a prison on Gomera, an island in the Canaries. However, he…

Posted by QCinema on Wednesday, October 9, 2019