The Burden of Accuracy

Abraham Lincoln: Vampire Hunter sounds like a throwaway gag, one of those movies that Tracy Jordan might have starred in on 30 Rock. Or maybe a sketch on MADTV. It seems outrageous that a full-length film has been made out of what really seems like a joke title. Putting that aside, the movie does have its pleasures, mainly in the form of over-the-top violence. But as a whole, the film can’t really sustain its own concept, forming an incoherent plot that isn’t really fun enough to justify the movie’s existence.

As a child, Abraham Lincoln (Benjamin Walker) witnessed the murder of his mother. As a young man, he sought revenge on the murderer, only to discover that his foe isn’t quite human. The hunter Henry Sturgess (Dominic Cooper) takes him under his wing, and teaches him the ways of killing vampires. Soon enough, Lincoln is sent out to dispatch various vampiric targets, but along the way he uncovers the ties between the monsters and slavery, and he decides to take a different path to save his nation from the threat of the undead.

The film’s very nature works against itself. It tries to cover too much of Lincoln’s life, and thus produces a whole slew of plot holes and odd contrivances along the way. It should come as no surprise that the vampire elements fit awkwardly within Lincoln’s biography, and the sheer scale of what the movie tries to depict brings that awkwardness to the fore. There just isn’t any focus, and that robs the narrative of any sort of urgency. It makes the vampires look more ineffectual, as they simply allow this grave threat to their existence continue to survive for years on end.

The film mostly gets by on its visuals. With Timur Bekmambetov at the helm, there’s certainly a lot of visual inventiveness on exhibit. The director conjures up a lot of crazy sequences that occasionally give the film a burst of fun. But it doesn’t always work. Some of the fight sequences are edited to near incoherence, and the director’s need to fill the frame with random haze makes some the action hard to see. Overall, however, the movie is at its most alive when there is violence on screen, Bekmambetov’s flair for bodily harm lending the story a measure of vitality.

The acting is certainly competent. Benjamin Walker does a fair job of playing a couple of versions of Honest Abe. He carries himself well, projecting statesmanlike stature even when the script refuses to help him out. Walker has had some buzz around him for a while, and his performance here seems to somewhat justify that talk. Mary Elizabeth Winstead seems a tad too modern as Mary Todd, but she is at least able to make an underwritten character stand out somewhat. Rufus Sewell and Dominic Cooper provide appropriately menacing performances.

Abraham Lincoln: Vampire Hunter just isn’t fun enough. Sure there are all sorts of axe-wielding shenanigans, but they soon take a backseat as the movie sets out to seriously document Lincoln’s courtship of Mary Todd and his rise to the presidency. It’s an odd choice in a film with that kind of title. This film was never going to be historically accurate, so it makes it curious that the filmmakers would choose to suppress the axe-borne violence in favor of quoting Lincoln’s speeches and making trite points about slavery. It sounds absurd, but the film seems to take itself too seriously, resulting in a picture that can’t quite nail down its own identity. 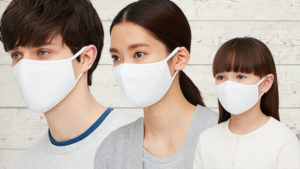