The Guys of ‘ParaNorman’ Scare Up the Screen

The Guys of “ParaNorman” Scare Up the Screen 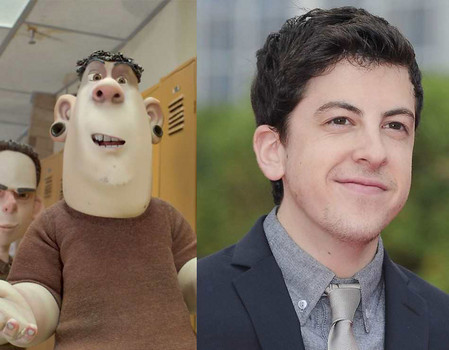 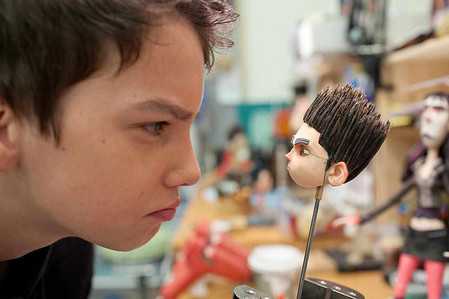 The voice of the film’s 11-year-old hero, Norman Babcock, is provided by Kodi Smit-McPhee, a young Australian actor who in a brief few years has made a big name for himself. While Norman talks to ghosts in order to rid his town of zombies and stop a witch’s curse, the film is really a comedy, which was perfect for Smit-McPhee, whose work in recent years has been in fairly dark films. As he told Entertainment Weekly, “my favorite genre is comedy…It’s pretty ironic and funny that I always get these kind of dramatic…movies.” 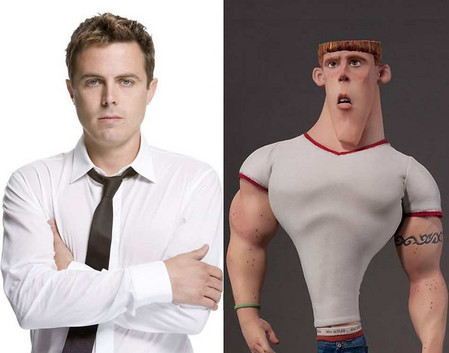 Even as “ParaNorman’s” scary premise is actually just scary fun, Smit-McPhee’s more dramatic roles helped convince the filmmakers that he was the right actor for the job. Director Sam Fell acknowledged that it was “difficult to find someone young who has range and sensitivity. But we’d seen Kodi Smit-McPhee’s astonishing performance in `The Road,’ and we felt that he could carry this movie so that audiences would invest in this boy’s journey.”

Indeed the experience of one young man’s journey into adulthood proved a little too real for Smit-McPhee. By the end of his recording sessions, he found himself moving, at least in one way, towards becoming a man. As his voice began to change, he recounts, “I think by the last session, we had recorded a little bit, and they were like, ‘Alright, I think that’s it. We just squeezed the last bit out of you.’ My Norman voice is gone and stuck with that movie.”

Oscar-nominee Casey Affleck is not an actor whose emotionally intense characters would make one immediately think of putting him in a kids’ film. But for the 36-year-old actor, making “ParaNorman” was a labor of love on many levels. Affleck voices the character of Mitch, the amiable high school jock who inadvertently becomes part of the gang out to save the town of Blithe Hollow from a witch’s curse.

Affleck jokes, “I had never done an animated movie before. Usually, when people hear my voice, they fire me; so, this was a first!” But, in the end, he found the experience “liberating, especially not having to worry about what I looked like.” Even better, Affleck ended up confiding that making an animated movie was “a lot of fun. Everyone put me at ease. It was helpful to be able to work with Anna [Kendrick, Norman’s sister Courtney] and other actors in the same room at the same time. I concentrated on getting Mitch’s voice right, and having it come together with what I was hearing from the others.”

Affleck projected perfectly the unaffected, not-always-bright but quite sweet character of Mitch. For Affleck, working on this film was more than an opportunity to brush up on his voice work: “I go to a lot of movies with my kids, and I wanted to be part of `ParaNorman’ because this movie is one that both kids and grown-ups will like, which is rare.”

Christopher Mintz-Plasse, the young comic actor who is arguably best known for playing Fogell (aka “McLovin”) in the high school comedy “Superbad,” is showing a different side of himself in “ParaNorman.” While Fogell was the ultimate nerd, a character so geeky and uncool that he was perfect fodder for bullies, in “ParaNorman,” Mintz-Plasse takes the role of Alvin, the hefty bully who picks on Norman.

For Mintz-Plasse, it was a part that he relished as it allowed him to get some karmic payback for his own awkward teenage years, explaining that he himself was “picked on in school. Doing this role, I thought of the kids I knew.” Director Sam Fell believed Mintz-Plasse was the ideal choice for Alvin exactly because the actor brought an unexpected quality to the character, explaining that “casting Chris was unusual in that people think of him for nerdish roles. But having him placed a more vulnerable comic voice into this school bully, showing how Alvin thinks of himself as a tough guy yet is still a scared kid.”