All screenings will be free to access with English subtitles included!

The Moviemov Italian Film Festival, produced and organized by acplaytown Roma, after the great success of past editions in Bangkok, Manila and Hanoi, despite the restrictions due to the current pandemic, does not give up bringing the best of Italian cinema in Asia and returns to the Philippines for this new edition with a real virtual cinema, thanks to the collaboration with My Movies. 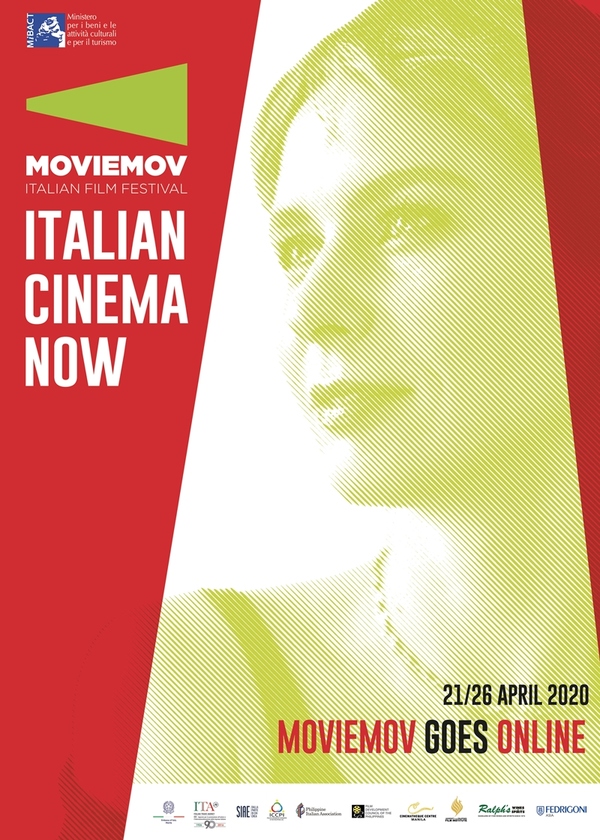 Some of the directors and interpreters of the selected films, including Laura Luchetti, Fulvio Risuleo, Gianni Di Gregorio, Paolo Calabresi, together with this year's godmother Elena Radonicich, will take part at the event with live social and video contributions in the virtual theatre to present their films.

This year the Festival is the final stage of a path and a dialogue started in the previous months both in universities and cinematheques to promote the Italian cinema, the Made in Italy and a path of image education to train new spectators, which is not limited to a few days showcase but represents a continuous dialogue with local realities.

The showcase will be composed of 7 films, chosen together with FDCP Film Development Council of Philippines, PIA Philippine Italian association and the students of the Universities that will be accompanied and introduced virtually by actors, directors and film critics together with the cinematheque, PIA and the university that chose them.

The winning film will then be promoted in the Philippines during the the next year in the independent circuits. All screenings will be free access and in original language with English subtitles. The audience will live the experience of a real cinema, even if virtual, shared with the protagonists of the films on view, also thanks to a chat available on the platform, where students and the public will be able to comment and find insights on the movies. Ad hoc moments for the industry will also be created and the festival will end with a tribute to Fellini's cinema on the occasion of its centenary.

After winning three editions of Moviemov in the past, Ferzan Ozpetek is back in the selection with La Dea Fortuna, a comedy that garnered 4 nominations for David di Donatello. To compose the pieces of the selection: Lontano Lontano, a gentle comedy full of humanity directed by Gianni Di Gregorio and enriched by the latest interpretation of Ennio Fantastichini; Genitori quasi perfetti, a tragicomedy with a strong theatrical structure on hypocrisy and the fragility of human relationships; Fiore Gemello, a tale of formation of two teenagers in search of lost innocence; Il colpo del cane, an indie comedy that dares and tells the malaise of a precarious generation; Il Testimone invisibile, a thriller that garnered 2 nominations for the Nastri d'Argento and 1 nomination for David di Donatello.

Waiting to return to the movie houses as soon as possible, they continue to promote the films in Italy and abroad. Instructions on how to access online screenings are available on the Facebook page of the film festival. You can also visit the official website of the Philippine Italian Association for more information.