“Argo,” a film based on the true story of the covert mission to rescue six Americans trapped in Iran, follows the 1979 takeover of the U.S. Embassy in Tehran that shocked the world.

In 1980, Studio Six Productions trumpeted a new film project that had the elements of a hit sci-fi movie: spaceships, aliens, action and adventure, all happening on an arid, distant planet. Billed as a “cosmic conflagration,” the epic feature was never greenlit by any studio chief. 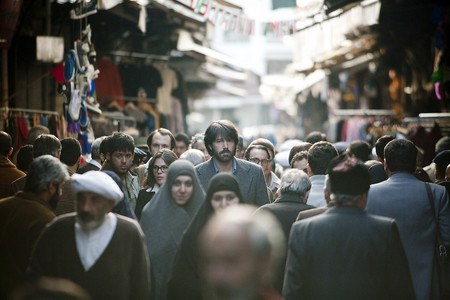 It could only be given a green light by America’s Commander in Chief.

More than 30 years later, Ben Affleck directed, produced and stars in Warner Bros.’ “Argo,” a film based on the true story of the covert mission to rescue six Americans trapped in Iran, following the 1979 takeover of the U.S. Embassy in Tehran that shocked the world. 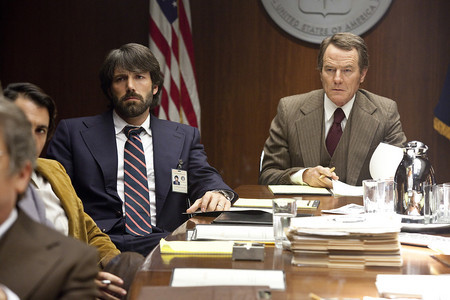 The group had narrowly avoided being taken hostage by Iranian revolutionaries and were given sanctuary at the home of Canadian Ambassador Ken Taylor, who risked everything to help the Americans, even when others turned them away. But the “houseguests”—as they came to be known—were in constant jeopardy of being found out and captured…or worse. With time running out, the CIA’s top exfiltration expert, Antonio “Tony” Mendez, devised a brilliant but outrageous escape plan. 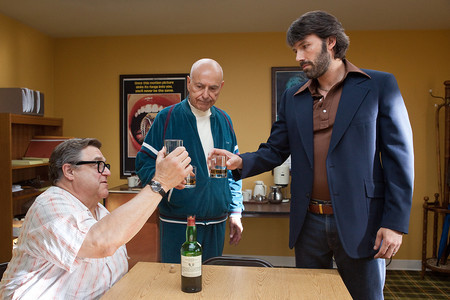 Affleck explains, “Tony was friends with a famous makeup artist named John Chambers and knew it was a viable prospect for movie people to be traveling around, checking out different locations. He came up with an idea no one else would ever have thought of.”

The plan was for the six to pose as a Canadian filmmaking team on a location scout and then simply fly out…although it was anything but simple. Tony Mendez emphasizes, “This was a game with no rules, so it was extremely risky. The most dangerous thing about it was the capriciousness of the people we were trying to get around. We had no way of predicting what would happen if we got caught—to us or to those already held hostage.”

Joshuah Bearman, who, in 2007, chronicled the escape in a Wired Magazine article, relates, “The embassy seizure was a seismic event on the world stage. No one knew quite how to respond to the hostage situation in the embassy compound. The problem of the hidden houseguests was even trickier because diplomacy wasn’t an option. And with each day, the likelihood that they would be discovered grew. Eventually, Tony Mendez, who had ‘exfiltrated’ sensitive people from Iran and elsewhere before, stepped in with this plan.”

There was also a very real threat to those harboring the Americans. Ambassador Ken Taylor confirms, “During those three months, the staff at the Canadian Embassy was dealing with the dangerous reality of the situation. We had all been offended by the violent breach of diplomatic protocol, but apart from that, these were our friends. The U.S. and Canada have always had a special relationship that transcends any boundaries. I have been given a lot of the credit, but an equal amount belongs to my wife, Pat, and my embassy staff, as well as my colleagues in Canada.”

Holding an emergency session, the Canadian Parliament made a rare exception to their own laws to provide the six Americans with fake Canadian passports, under the “film crew’s” individual aliases. They arrived by diplomatic pouch to Ambassador Taylor, who rendezvoused with Mendez to deliver them. Applying his expert counterfeiting skills, Mendez imprinted them with the correct Iranian visas and entered dates to indicate that the six had arrived in the country only the day before.

“To me,” says Affleck, “one of the most important themes of the movie is remembering when the United States stood up as a nation to say ‘Thank you, Canada.’ None of this would have happened without them, so America will always have a debt of gratitude to our friends to the north.”

Opening across the Philippines on Oct. 17, “Argo” is distributed worldwide by Warner Bros. Pictures, a Warner Bros. Entertainment Company.