Alec Baldwin is Santa Claus in ‘Rise of The Guardians’

Award-winning actor Alec Baldwin (North) began his prolific career in television, appearing in series such as “Hotel” and “Knot’s Landing” before seguing to roles on Broadway and in film. In 2004, Baldwin received an Academy Award for his role in “The Cooler.”

Award-winning actor Alec Baldwin (North) began his prolific career in television, appearing in series such as “Hotel” and “Knot’s Landing” before seguing to roles on Broadway and in film. In 2004, Baldwin received an Academy Award for his role in “The Cooler.” In 2008, he lent his voice to the DreamWorks Animation feature “Madagascar: Escape 2 Africa.” 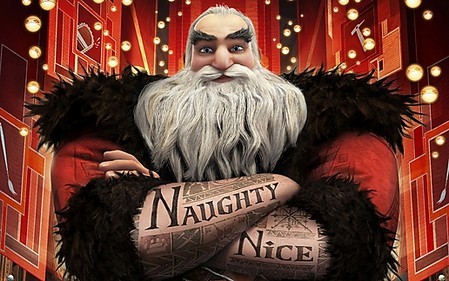 According to Billy Joyce’s books, North, better known as Santa Claus, is the de facto leader of the Guardians – but it is the Man in the Moon, “the wise watcher of the world,” Ramsey says, who chose him many centuries ago. 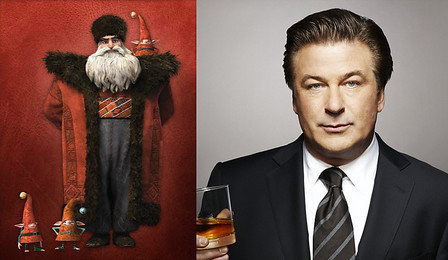 “When the Man in the Moon decided a group of special people was needed to protect Earth’s children from Pitch, the first guy he found was Nicholas St. North,” says Joyce, who envisioned North as a sword-wielding Cossack in his early days, “the wildest young warrior and thief in all of Russia,” until his mission in life changed to become a protector of children.

For the film, everyone agreed that North, with his booming voice, blustering, uncompromising attitude and “naughty” and “nice” tattoos emblazed on his forearms, was a boisterous, larger-than-life character that needed to be played by a larger-than life actor. Who better than Oscar nominee Alec Baldwin?

“Alec personifies North,” says Ramsey. “He’s playful and mischievous, and he’s a bit of a hotshot. When audiences see North’s eyes on screen with Alec’s voice coming out of him, there will be no mistaking whose soul is inside that character.”

Adds Joyce, “No one could capture North’s personality as brilliantly as Alec does.”

Baldwin sees his character this way: “In my mind, North is a combination of personalities. He’s kind of a magician – almost like the Wizard of Oz. He’s very benevolent, like your favorite teacher, and he has the best interests of his constituency – children – at heart. On the more human side, he’s obsessed with getting credit for everything. He wants to make sure everybody knows that Santa is the one who’s laying down this deal here. Christmas is number one. He’s constantly fighting with the Easter Bunny about which is more important, Easter or Christmas. In that regard, he’s like Donald Trump.”

“I can relate to North, because like a producer, he has to will everything into existence, even when he doesn’t actually know if he can pull it off,” producer Steinberg says. “He truly believes he can make anything happen just because he says so. We always describe him as a Hell’s Angel with a heart of gold. He has this amazing spirit of joy, wonder, and hope. At the same time, he’s tough and analytical. There are no gray areas for him.”