We have seen the combined forces of “Agimat” and “Enteng Kabisote” in the 2010 Metro Manila Film Festival (MMFF) transform box-office history to the heights of glory. 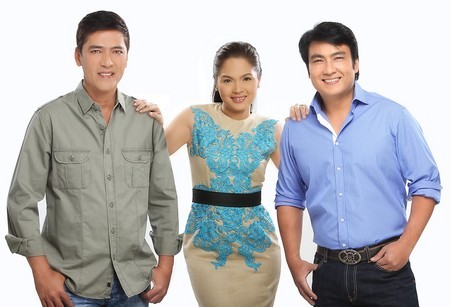 Two years after, in MMFF 2012, prepare as the two formidable giants of the local filmmaking world — Vic Sotto and Ramon “Bong” Revilla, Jr. — once again join their stellar powers and listed the services of an equally bankable actress in the person of Ms. Judy Ann Santos, to come up with the next adventure-filled chapter of their heroic exploits in “Si Agimat, Si Enteng Kabisote at Si Ako.”

Produced jointly by industry powerhouse outfits Imus Productions, OctoArts Films, M-Zet TV, APT Entertainment and GMA Films, “Si Agimat, Si Enteng Kabisote at Si Ako” is poised not just to lord it over the tills, but to bring cheers, goodwill and love as it once again espouses family values, adventure, fun and magical fantasy when the MMFF fever starts raging on Dec. 25.
Director Tony Y. Reyes, who has helmed all the “Enteng Kabisote” series in the recent MMFF past, says that the challenge to outdo the last one is always the hardest one to tackle. “In 2010, Sen. Bong and Bossing Vic already teamed up and it broke all box-office records when they did. This time around, how do we top that? That’s when the name of Ms. Judy Ann Santos came in. We now have not just one, not two, but three box-office giants in one movie,” he said. Can it get any bigger than that?

Big-budgetted, locations in the most spectacular places in the Northern part of the Philippines and elsewhere, dedicated sound stages during the entire filming, CGI effects done abroad, the movie is grand in every aspect. With all the five production companies backing this one project up, everyone predicts this early that “Si Agimat, Si Enteng Kabisote, at Si Ako” will be a runaway winner.

Direk Tony said both Bossing Vic and Sen. Bong are the same in a lot of ways – for one, they are more concerned about giving the best that they can offer to the Filipino movie-going public, more than the rivalries and show biz politics that is flagrant around us. “Their utmost concern is to make the movie into something that will give them pride and honor because it helps uplift the movie industry. This Christmas season, this movie is one such example.”

Screenplay by Bibeth Orteza and Jermyn Aven Jacob, the story of “Si Agimat, Si Enteng Kabisote, at Si Ako” begins with the establishment of the three different worlds, bound to meet for an adventure like no other – the humble family-oriented Enteng Kabisote (Vic Sotto), a low-profile technician married to the beautiful Fairy Princess of Encantasia, Faye (Gwen Zamora); Agimat (Ramon “Bong” Revilla, Jr.), the brave village warrior hero of Amuleto; and the high tech-yuppie Kingdom of Diwatara ruled by Princess Angelina Kalinisan Orteza (Judy Ann Santos) also known as AKO, where she leads an environmental advocacy organization.

From the initial installment “Si Agimat at Si Enteng Kabisote” in 2010, the friendship and partnership of Enteng and Agimat continues in 2012. From an eligible bachelor, Agimat now strives to apply all his learnings from Enteng and Faye as he himself tries to start his own family with wife, also an Amuleto warrior, Samara (Sam Pinto). The fun levels up as Aiza Seguerra brings Angelina and her comic modern Fairy sidekicks Pink Kapre Che (John Lapus), Winged Horse Sol (Yassi Pressman) and computer-wiz dwarf Chichay (Ryzza Mae Dizon), into the lives of the Kabisote’s and the Amuleto couple.

As the fun triples, so is the adventure and thrill as the leaders are confronted with high-tech villains from out of their worlds: Cannibal tribes of the Tokatoks and filthy alien monsters. Witness unparalleled battle stunts set in the Philippines’ never-before-seen destinations as Agimat, equipped with his one-of-a-kind sword; Enteng and his comic fighting style; and Princess Angelina, in her mystical bird alter ego; win the battle of good against evil.

All “Enteng…” movies as it has always been known, values family, marriage, friendship, responsibility, forgiveness, love and respect and the protection of the one and only Mother Earth. “Si Agimat, Si Enteng Kabisote at Si Ako,” is a rollercoaster ride of drama, action, magic, visual effects, production design, cinematography and an unlimited fun and laughter for everyone.

Don’t miss it starting on Dec. 25 at your favorite theater. 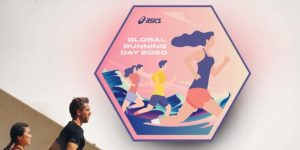