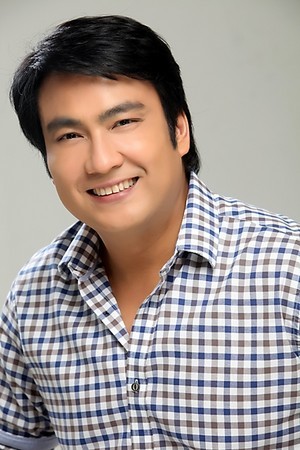 Now that he co-stars not only with Vic but with multi-awarded actress Judy Ann Santos in the powerhouse sequel titled “Si Agimat, Si Enteng Kabisote, at Si Ako,” the Titanic Action Star and Senator Ramon “Bong” Revilla, Jr. has somehow managed to make what people had thought was already a best offering into something even better.

But far from just banking on big names and trumping the notion that the biggest stars of the entertainment industry can’t possibly work together, the story of “Si Agimat, si Enteng Kabisote at si Ako” is something that Bong is proud of, given its high entertainment value and the positive messages it imparts that will surely last beyond the season.

“Si Agimat, Si Enteng Kabisote at Si Ako” begins with the establishment of the three different worlds, bound to meet for an adventure like no other – the humble family-oriented Enteng Kabisote (Vic Sotto), a low-profile technician married to the beautiful Fairy Princess of Encantasia, Faye (Gwen Zamora); Agimat (Ramon “Bong” Revilla, Jr.), the brave village warrior hero of Amuleto; and the high tech-yuppie Kingdom of Diwatara ruled by Princess Angelina Kalinisan Orteza (Judy Ann Santos) also known as AKO, where she leads an environmental advocacy organization.

From an eligible bachelor, Agimat now strives to apply all his learnings from Enteng and Faye as he himself tries to start his own family with wife, also an Amuleto warrior, Samara (Sam Pinto). The fun levels up as Aiza Seguerra brings Angelina and her comic modern Fairy sidekicks Pink Kapre Che (John Lapus), Winged Horse Sol (Yassi Pressman) and computer-wiz dwarf Chichay (Ryzza Mae Dizon), into the lives of the Kabisote’s and the Amuleto couple.

As the fun triples, so is the adventure and thrill as the leaders are confronted with high-tech villains from out of their worlds: Cannibal tribes of the Tokatoks and filthy alien monsters. Witness unparalleled battle stunts set in the Philippines’ never-before-seen destinations as Agimat, equipped with his one-of-a-kind sword; Enteng and his comic fighting style; and Princess Angelina, in her mystical bird alter ego; win the battle of good against evil.

As expected of fantasy films that Bong is known for, “Si Agimat, Si Enteng Kabisote at si Ako” costs a fortune to make for the following reasons and more: locations in the most spectacular places in the Northern part of the Philippines and elsewhere, dedicated sound stages during the entire filming, CGI effects done abroad—talk about giving value for moviegoers’ money.

Those in awe of everything that “Si Agimat, Si Enteng Kabisote at Si Ako” offers will still get the same simple answer from the good senator when they ask him why he keeps making such gargantuan films. Indeed, why risk so much? Why give till it hurts?

“For the children. Christmas is for children,” he’d tell you. And the world appears like new.