The latest installment of the film franchise will be digitally re-mastered into the immersive IMAX® 3D format and released to IMAX® theaters internationally, including the Philippines.

IMAX Corporation and Marvel Entertainment, a division of The Walt Disney Company today announced that “Marvel's Iron Man 3,” the latest installment of the film franchise that has grossed more than $1.2 billion at the global box office, will be digitally re-mastered into the immersive IMAX® 3D format and released to IMAX® theatres internationally, including the Philippines starting April 25 and in the U.S. on May 3. 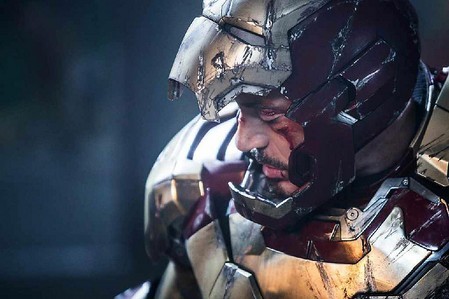 “Marvel's Iron Man 3” marks the fourth Marvel Entertainment film to be presented inIMAX theatres, following the releases of “Iron Man 2” in 2010, “Thor” in 2011 and “Marvel's The Avengers” in 2012 – which all delivered record breaking performances in IMAX theatres. 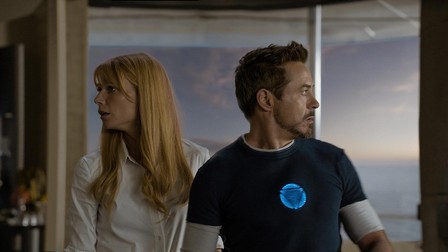 "Marvel and IMAX are a perfect one-two punch and the Iron Man franchise has become a global phenomenon that resonates with fans around the world," said Greg Foster, Chairman and President of IMAX Filmed Entertainment. "We look forward to moviegoers experiencing this highly-anticipated next installment of Tony Stark's latest adventures in IMAX 3D."

"With `Iron Man 3' building on the events of `Marvel's The Avengers,' audiences are in for yet another incredible moviegoing experience from Marvel Studios," said Dave Hollis, Executive Vice President of Motion Picture Distribution for The Walt Disney Studios. "We're thrilled to be able to offer that to fans in the larger-than-life action of IMAX 3D."

The IMAX 3D release of “Marvel's Iron Man 3” will be digitally re-mastered into the image and sound quality of The IMAX Experience® with proprietary IMAX DMR® (Digital Re-mastering) technology. The crystal-clear images, coupled with IMAX's customized theatre geometry and powerful digital audio, create a unique environment that will make audiences feel as if they are in the movie. You can learn more about “Marvel's Iron Man 3” by visiting Marvel's official site athttp://marvel.com/ironman3.

“Marvel's Iron Man 3” pits brash-but-brilliant industrialist Tony Stark/Iron Man against an enemy whose reach knows no bounds. When Stark finds his personal world destroyed at his enemy's hands, he embarks on a harrowing quest to find those responsible. This journey, at every turn, will test his mettle. With his back against the wall, Stark is left to survive by his own devices, relying on his ingenuity and instincts to protect those closest to him. As he fights his way back, Stark discovers the answer to the question that has secretly haunted him: does the man make the suit or does the suit make the man?

Starring Robert Downey, Jr., Gwyneth Paltrow, Don Cheadle, Guy Pearce, Rebecca Hall, Stephanie Szostak, James Badge Dale with Jon Favreau and Ben Kingsley, Marvel's Iron Man 3 is directed by Shane Black from a screenplay by Drew Pearce & Shane Black and is based on Marvel's iconic super hero Iron Man, who first appeared in the pages of "TALES OF SUSPENSE #39" in 1963 and had his solo comic book debut with "THE INVINCIBLE IRON MAN #1" in May of 1968.