Bryan Singer's insights on the subjects of giant-slaying, performance capture and the hot trend of fairytale adaptations.

As the opening of New Line Cinema's 3D action-adventure “Jack the Giant Slayer” grows near, get a load of director Bryan Singer's insights on the subjects of giant-slaying, performance capture and the hot trend of fairytale adaptations (as first reported at ign.com). 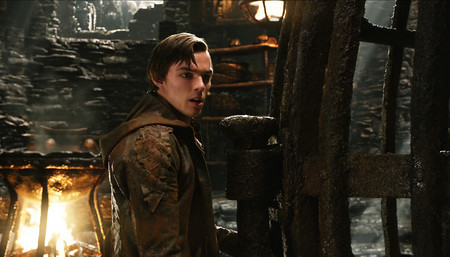 In “Jack the Giant Slayer,” an ancient war is reignited when a young farmhand unwittingly opens a gateway between our world and a fearsome race of giants. Unleashed on the Earth for the first time in centuries, the giants strive to reclaim the land they once lost, forcing the young man, Jack (Nicholas Hoult), into the battle of his life to stop them. Fighting for a kingdom and its people, and the love of a brave princess, he comes face to face with the unstoppable warriors he thought only existed in legend… and gets the chance to become a legend himself. 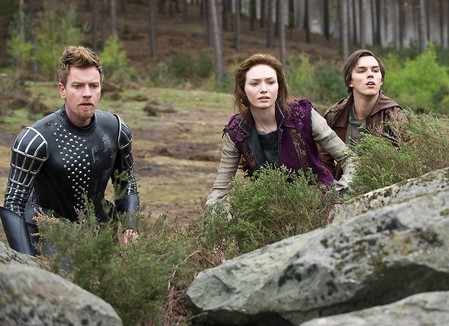 On his reasons for making “Jack the Giant Slayer”: "I don't know – I grew up reading the story of Jack and the Beanstalk. I'm also familiar with the Jack the Giant Killer myth from the 1700s. There was a script that existed a couple of years ago that I changed quite a bit. The idea of that Wizard of Oz-style journey – you've got a beanstalk – what's up there?" 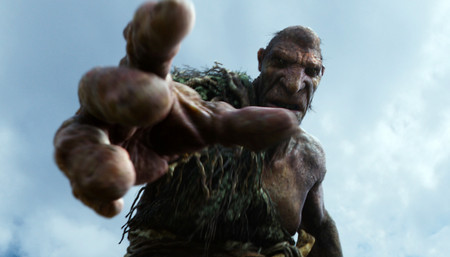 On the script: “Chris McQuarrie did a significant re-write for me. He brought a different structure. It was very much a page-one situation; a different storyline. It involved the same characters, but some we juggled around and switched around. He just brought a very different perspective."

On the process: "It's my first time working in the performance capture space. It's a live-action movie, but the giants are fully rendered CG characters driven by actors, and that intrigued me because I hadn't done that before and I wanted to work in that space. And 3D came along and here we are with that."

On performance capture: "It's fascinating. It takes you back to play-acting as a kid in your living room because you are running around and having to imagine that you are in Gantua and imagine that there are these weapons and all these giant things. But there's nothing when you are there other than Styrofoam and blocks. It forces the actors to regress to when they would play-act as kids or do minimalist theatre. But in that way it's fascinating – I can see why Robert Zemeckis and James Cameron have started to shoot pictures this way."

On casting Nicholas Hoult as Jack: “I met with a lot of people – a lot of people came in – and ultimately decided that he was right for the role. I've liked him since `Skins' and I was very supportive of his casting in `X-Men: First Class.' He did a great job on that film, and I just really like him as an actor. He is a very charming, sweet guy. And he's just tall [laughs]. That's the one thing, he's just tall, and when you're making a movie about giants, you tend to want to cast shorter guys, but he's a terrific actor.”

On the fairytale renaissance: “I was involved with this over three-and-a-half years ago, or even longer – I was flirting with it almost four years ago. But [these fairytale features] are all just a function of `Alice in Wonderland.' And that's cool – it's a rensaissance of those kind of movies, and it's cool – I'm happy to be a part of two renaissances; the comic book renaissance, and now this one. But it wasn't intentional. In fact, I probably would have been shy about jumping into a fairytale movie with all of the projects out there now – I might have actually backed away from it. But now it's just serendipitous I guess.”

A New Line Cinema presentation, in association with Legendary Pictures, “Jack the Giant Slayer” opens in the Philippines on Feb. 28 and will be distributed by Warner Bros. Pictures, a Warner Bros. Entertainment Company.