He reunites with Downey as he directs the actor in Marvel's “Iron Man 3.” Find more about Black's directorial journey in the following interview.

He has long been considered one of the pioneer screenwriters of the modern action genre. Shane Black made his breakthrough at the age of 26 when he wrote the screenplay for “Lethal Weapon” in 1987 and set up one of the most successful action/comedy franchises of all time. 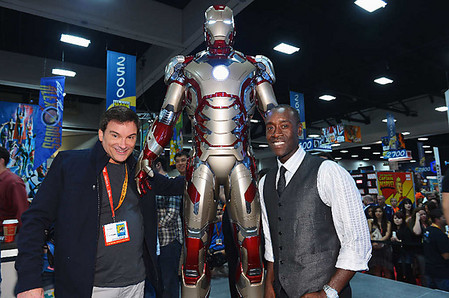 Black subsequently wrote the screenplays for “Lethal Weapon 2,” “The Last Boy Scout,” “Last Action Hero” and “The Long Kiss Goodnight.” In 2005, he wrote and directed the well-received “Kiss Kiss Bang Bang,” which marked the return to the big screen for Robert Downey Jr. 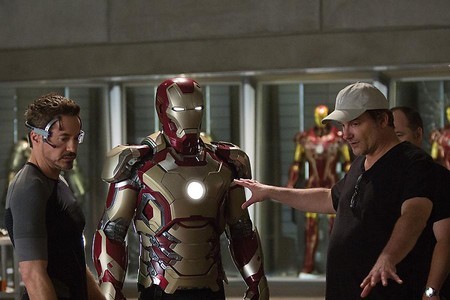 Now, he reunites with Downey as he directs the actor in (as well as writes the screenplay for) Marvel's “Iron Man 3.” Find more about Black's directorial journey in the following interview. 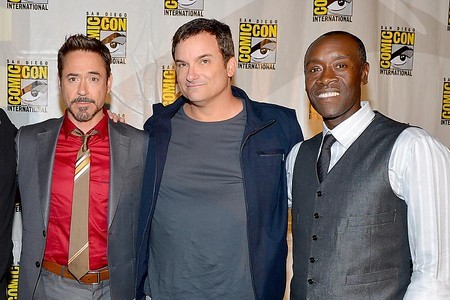 Q: What was your impression of the first Marvel’s “Iron Man” as an outsider/friend of the actor and not as a filmmaker?

Shane Black: I was very happy for Robert [Downey Jr.] when I found out he was going to be Iron Man. It’s one of those why-didn’t-I-think-of-that situations where you have certain actors that when you hire them, you get what you pay for. With Robert you never quite know what you’re getting but he always seems to elevate the material and that’s what’s great about him.

Robert came to me early on with Jon [Favreau]. They had a version but they were looking for some ideas. I like to think I contributed very little. I just sat and talked with them about the movie. I was impressed just how gung-ho they were to do this thing in kind of a realistic style and make a real-world film, not just a comic book film.

Robert elevates anything he takes on. He is one of those people who is very personal about it. He’s very passionate and intense about not just giving you a performance you recognize from his last performance. I think he’s one of our great actors and the idea that he can do something that is as intimate and wonderful as “Chaplin” and then also do “Iron Man” and not be cynical about it, is remarkable. But Robert is Iron Man; he really committed to it.

Q: What was it like as a director working with an actor who is so involved in the film making process like Robert Downey Jr.?

Black: Robert shows up to play ball, and you’ve got to be pretty alert in the morning, which I’m not generally. I remember standing outside his trailer like jumping up and down a couple times, gulping down coffee because I knew I had to go in and face this guy. No matter where you go in the room he’s going to be two inches away from your face. He has his ideas and we collaborate, and we’ve done it before, but he’s a force of nature to be reckoned with.

He’s an adult. He’s a child. He’s a genius. He can be the most hyperactive, kinetic guy who is limitless in his energy. Basically he’s a phenomenon. He’s remarkable to work with, and he shows up to play. You’ve got to be on your game, because when he walks in, it’s not about chewing the fat and drinking coffee. He wants to go. And so, that was our challenge—just to be ready on set for him. When he walked in, we had to be up to it.

Q: What attracted you to Tony Stark/Iron Man?

Black: My initial exposure to Iron Man was probably early sixties. I was addicted to those old Super Heroes, especially the Hulk and Iron Man but more so Iron Man because he was high-tech and cooler. I also had this love of robots. I love robots that look like Iron Man and that sort of meld in like cyborgs. I loved the “Six-Million Dollar Man” or what it could have been. So there’s always this sort of Michael Crichton high-tech love I’ve had for that sort of superhero.

Tony Stark has so many troubles, so many foibles, but only later on did I come to appreciate that. That’s what makes the character such a tight fit with Downey and it’s what I respond to now. Once you have everything, what do you really have and as you sit there sipping your champagne, looking out the huge plate-glass window at the world you essentially own, what’s really going on in your head? All the firepower in the world at your disposal and you’re hanging with chicks getting drunk. It’s a level of fantasy that I think people really respond to because here is a guy who maintains a conscience even though he essentially has the ability to be a robber baron. He comes around and he says, “No, I still have the responsibility to do the right thing.”

Q: In what direction did you take the Tony Stark character in Marvel’s “Iron Man 3”?

Black: In “The Marvel’s The Avengers” there’s a bit of an otherworldly element. There’s kind of a fantasy element and it gets very big and almost flamboyant in its sci-fi aspect. There was an idea to back off a little from that with “Iron Man 3” and say that this is a standalone movie. We’re not saying that this is not the same Avengers universe. We’re saying, “Okay, he did that last summer but this summer maybe he’s concerned with something a little less extraterrestrial.” But at the same time, to make it a thriller that has that pulp element to it, it still has to be framed in terms of the comic book. I think we have a creepy type of menace in this one that is sort of outlandish and comic book but also backed up against a real world environment of international war, international arms and international terror.

Q: How far did you go with the Iron Man suit? How many are there?

Black: At the beginning of this movie there are 42 suits. The newest one is based on a technology that was sort of hinted at in the comics, but we do it a slightly different way. Tony has basically put little outlets subcutaneously beneath his exterior layer of skin that can draw the suit to him when he wants it, so it’s still rock solid, still protects him from bullets, but it’s also flexible enough so that he could just throw the suit off him at someone else. I remember Drew Pearce, my co-writer, and I went sort of hog wild when we were told that there should be extra suits.

Q: Can you talk about creating the style of this film and merging sci-fi and fantastical elements?

Black: At the same time as it feels a little fantastical, it doesn’t feel unsophisticated and that’s the thing. The task becomes to generate a sci-fi plot that actually does feel real world and fits within the rest of the structure. The actual race to the finish is based on a kind of thriller format. We went for the structure of a thriller, the bigness of a comic book action movie, coupled with the reality and the sophisticated chill of a villain that is frightening in today’s world.

Marvel’s “Iron Man 3” pits brash-but-brilliant industrialist Tony Stark/Iron Man against an enemy whose reach knows no bounds. When Stark finds his personal world destroyed at his enemy's hands, he embarks on a harrowing quest to find those responsible. This journey, at every turn, will test his mettle. With his back against the wall, Stark is left to survive by his own devices, relying on his ingenuity and instincts to protect those closest to him. As he fights his way back, Stark discovers the answer to the question that has secretly haunted him: does the man make the suit or does the suit make the man? 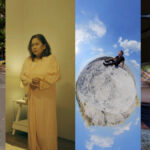