From Saturday April 20th, Filipino fans will be able to take on the role of legendary comic book and movie hero Tony Stark as he tests the new Mark 42 armor for the final time before active service in the upcoming release of Marvel’s Iron Man 3.

From Saturday April 20th, Filipino fans will be able to take on the role of legendary comic book and movie hero Tony Stark as he tests the new Mark 42 armor for the final time before active service in the upcoming release of Marvel’s Iron Man 3. Become Iron Man is an all-new experience from Marvel Studios. Using ground-breaking motion-sensor technology it allows users to assemble and test the new Mark 42 armor, and be immersed in the action of the film. 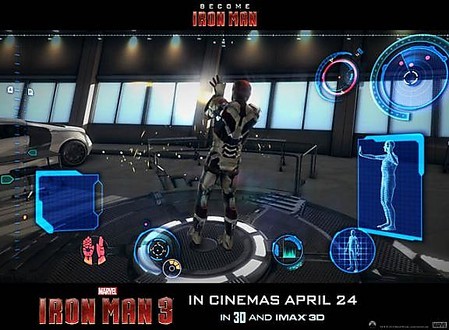 Held at SM Malls across the country, candidates will be given a unique code before their experience at the testing facility. On arrival, test pilots will be greeted by Stark Industries technicians and guided by Tony Stark’s computerized personal assistant, Jarvis. They will assemble the armor and test the repulsors and flight system. 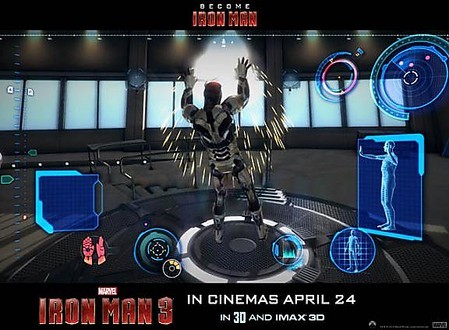 Adding to the Iron Man experience, fans can also look forward to Gameloft’s showcase of the Iron Man 3 app where gamers can incarnate our superhero, develop and upgrade armors to fight the A.I.M. in addictive, epic battles through intuitive touch controls. Iron Man 3 – The Official Game is free and will be available on iOS and Android from April 25th, 2013. Additionally, a wide range of Marvel merchandise including apparel, figurines and toys will be available for purchase at the event. 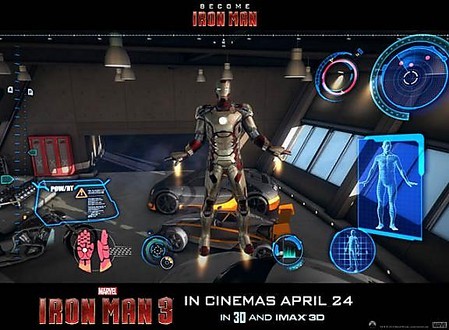 *The Become Iron Man experience is open to the first 100 daily customers who register with a minimum Php 300 single receipt purchase of any Marvel merchandise at the event.

Marvel’s Iron Man 3 pits brash-but-brilliant industrialist Tony Stark/Iron Man against an enemy whose reach knows no bounds. When Stark finds his personal world destroyed at his enemy’s hands, he embarks on a harrowing quest to find those responsible. This journey, at every turn, will test his mettle. With his back against the wall, Stark is left to survive by his own devices, relying on his ingenuity and instincts to protect those closest to him. As he fights his way back, Stark discovers the answer to the question that has secretly haunted him: does the man make the suit or does the suit make the man?

Starring Robert Downey Jr., Gwyneth Paltrow, Don Cheadle, Guy Pearce, Rebecca Hall, Stephanie Szostak, James Badge Dale with Jon Favreau and Ben Kingsley, Marvel’s Iron Man 3 is directed by Shane Black from a screenplay by Drew Pearce & Shane Black and is based on Marvel’s iconic Super Hero Iron Man, who first appeared on the pages of Tales of Suspense (#39) in 1963 and had his solo comic book debut with The Invincible Iron Man (#1) in May of 1968.