Q & A with Fast and Furious 6’s Luke Evans

In Fast & Furious 6, Welsh actor Luke Evans plays the villainous Owen Shaw, the leader of an elite team of mercenary drivers trying to steal the components of a dangerous weapon.

At 34, Welsh actor Luke Evans has become one of cinema’s brightest stars. Four short years after his first film role in the Clash of the Titans remake, the theater-trained actor is poised to conquer Hollywood with roles in The Hobbit, Dracula, and The Crow. In Fast & Furious 6, he plays the villainous Owen Shaw, the leader of an elite team of mercenary drivers trying to steal the components of a dangerous weapon. 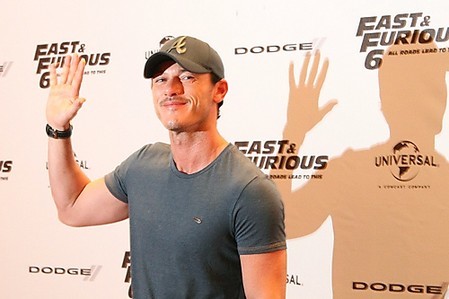 What was your approach to tackling the long traditions of British actors playing villains in Hollywood blockbuster films?

We seem to be very good at it don’t we? What I liked about Owen Shaw’s character is that even though he was British, he wasn’t the quintessential British villain, with the cat-stroking and the “hello, Mr Bond” and the scar down his face and the eyepatch.

He’s a 21st century bad guy. He’s a modern man, and he’s very intelligent. He’s very rich because of his success in the criminal world. He wears cool clothes, and he’s got a shaved head…there are a lot of things about his aesthetic that I thought really brought him up to date, and I made him a legitimate threat to the team.

It’s an amazing machine. Really loud as well…the engine is positioned right behind your head. So you can really hear it. There’s no soundproofing. it’s just the skeleton of a car. So the noise is extraordinary. I’ve never heard anything like it on set. It’s really, really fun to drive.

It’s quite fun to do all that stuff. The driving, and the physical kind of stuff. 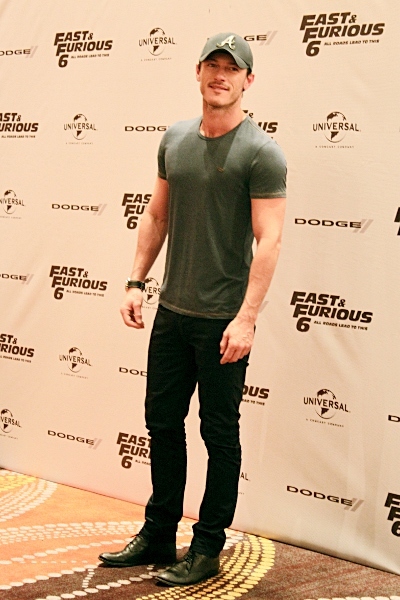 What separates Owen Shaw from the other villains in the series?

Well the objective of the good guys is to catch this villain and to get Letty back. And the franchise has never had a leading man antagonist in the film before. They’ve had bad guys, but they’ve been placed in the movies to move the plot forward. But Owen Shaw is a running theme from the beginning to the end of the film. And I think that’s what makes that him different.

What was your first day on the set like?

I remember it being quite scary that day. I hadn’t been introduced to any of them, and I knew I had to come in and face all of them and do a scene that’s almost at the end of the movie, and we hadn’t shot the movie. That’s where the challenge comes in. You have to think and process everything that you should have done by that point, and give all that experience to the performance. That was hard enough in itself, but then to having to be handcuffed and punched in the face by Paul Walker, and eyeballed by Vin…and then they say “cut,” and you say “nice to meet you.” (laughs)

It really broke the ice.

How did you prepare for your fight scenes?

What were you thinking when you were reading this script and you saw all of these ridiculous action sequences?

I was thinking…that it's going to be awesome. I can’t wait to see this become reality. It was very special.

You must remember, I just came off The Hobbit. After shooting a movie with Peter Jackson, nothing will ever intimidate you ever again in your life. 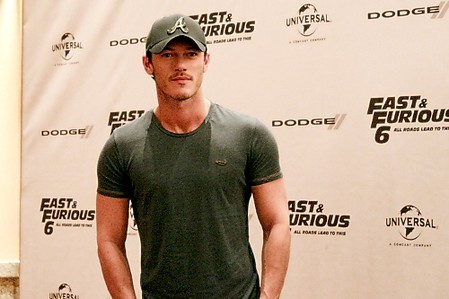 Do you see yourself as an action star now?

I do seem to be getting the title of action star. I’m very happy with that. I’m very physical in my life, and I do like the challenge of physical roles. If that’s what my title is, then so be it. I’m very proud of that.

You have several major roles coming up, including Dracula and the Crow. What’s it like to be a rising star in Hollywood?

It comes with its own pressures and responsibilities. I’m very aware of that. When you’re playing a leading man, you’ve got the whole weight of the franchise on your shoulders. That’s a big deal, but I’m 34, and I’ve been working hard since I was 20, since I got my first job. And I feel like this is my moment to show people that I can be a leading man in films. I’ve been very patient, and now I’m reaping the rewards. I’m so excited to do Dracula, and obviously, to play the Crow will be very exciting as well.

'Fast & Furious 6' is released and distributed by United International Pictures through Solar Entertainment Corp. Showing Across the Philippines on May 24, 2013.