FBI Special Agent Sarah Ashburn (Sandra Bullock) – the Fed – and Boston cop Shannon Mullins (Melissa McCarthy) – the Fuzz – couldn’t be more incompatible. But when they join forces to bring down a ruthless drug lord, they become the last thing anyone expected: buddies. 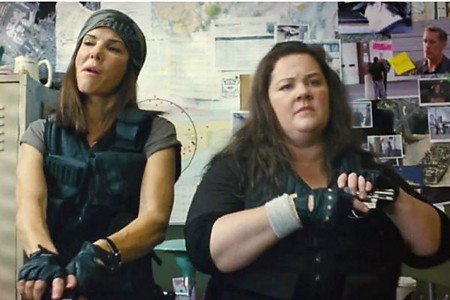 At the helm of “The Heat” is Paul Feig, the movie takes a look at the odd couple pairing of two law enforcement officials who, to their everlasting shock, slowly find themselves on the same page. The Ashburn-Mullins dynamic is akin to that eternal physics problem about an irresistible force meeting an immovable object. Only, here, it’s hard to tell who is which.Ashburn is ambitious, talented, brainy, and possesses Sherlock Holmes-like powers of deduction and intuition. She’s always the smartest person in the room, and isn’t shy about letting everyone know it. Mullins grew up on the streets of Boston, and has a shoot-from-the-hip (and mouth) style of dealing with crime and its perpetrators. She’s the “yang” to Ashburn’s “yin.” 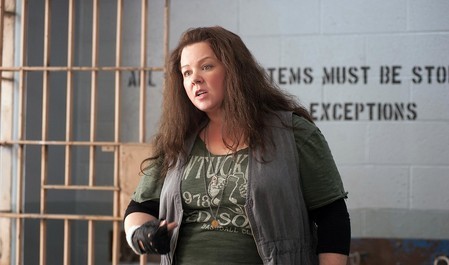 To cast Mullins, Feig looked no further than his Bridesmaids breakout star, Melissa McCarthy.“On Bridesmaids, Melissa became my hero,” he says. “So, about 15 pages into reading The Heat, the idea of casting her just snapped into my head. The script, which was already hilarious, got ten times funnier when I read it while imagining Melissa as Mullins. “Melissa will commit to a role so hardcore it will shock you,” Feig continues. “It’s hard to realize that it’s Melissa inside that character.

The tightly-wrapped Ashburn isn’t Mullins’ only headache. She’s also dealing with her out-of-control family. After arresting her own brother (played by starring cast member Michael Rapaport) for dealing drugs, Mullins is ostracized by the other members of her clan, including her mom, dad, four brothers, and for good measure, her brothers’ girlfriends. Says Feig: “Mullins arrested her brother and threw him in jail, in order to save him – sort of a forced rehab. But to the rest of her family, this is an unforgivable betrayal, and she’s a traitor. It’s a very tight-knit family, but they have a very interesting way of showing it.”

“I’ve been beating people up for two months; it’s very cathartic,” joked Melissa McCarthy during the production of The Heat. The chemistry between Bullock and McCarthy was evident from the first table read. “When we read the script [together] for the first time, Melissa and I would make the same faces, simultaneously,” Bullock recalls.  “Our rhythms are different, but we worked so well together, they began to click.  We made so many connections; it’s something I never thought I would have on this level.”

The strength of the Bullock-McCarthy dynamic, evident even then, inspired additional script fine-tuning. “By the end of that first read, it was obvious that Sandy and Melissa really inhabited these characters, and that it was up to Katie Dippold and me to take all that magic and get it into the script – and really let the women fly,” says Feig.

For screenwriter Dippold, the process was liberating. “Sandy and Melissa took what was on the page and made it funnier than I thought it could ever be,” she says. A particular favorite came during a Mullins’ tirade against her captain (played by Tom Wilson) – accusing him of lacking a set of testes – when he refuses her demand to boot Ashburn from the case.“Melissa really ran with the one scripted line, ‘Have you seen the captain’s balls?’ and turned it into something spectacular.”

“The Heat” opens June 27 in theaters nationwide from 20th Century Fox to be distributed by Warner Bros. 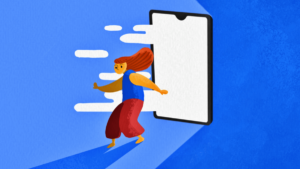