Mike Wazowski’s lifelong dream is to become a Scarer at Monsters, Inc.—and he’s sure he knows just how to do it. Comic actor Billy Crystal returns to Pixar’s recording studios, giving voice, humor and a heightened level of emotion to this beloved little green one-eyed monster, in the new comedy adventure “Monsters University.” 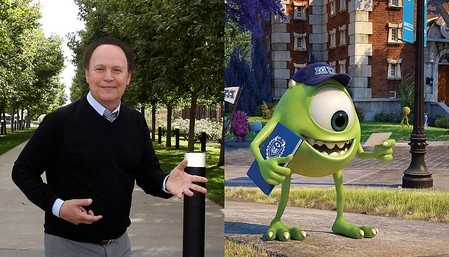 In the film, ever since he was a young monster, Mike’s had his eye on Monsters University, home of the monster world’s top Scare Program. Now a freshman and hopeful Scare student, he’s well versed in the rich history, theory and technique required to reach his goal, and he has more confidence, enthusiasm, determination and heart than all of his classmates combined. Then he meets James P. Sullivan—Sulley—and life gets tricky. 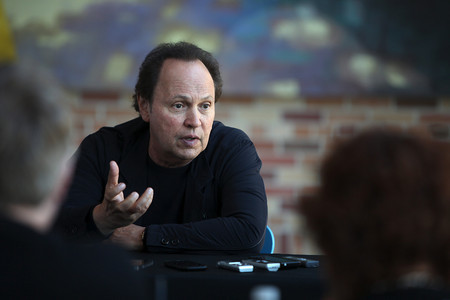 “He gets little guy’s disease bad,” says Crystal. “He has a chip on his shoulder when it comes to Sulley—this big handsome monster who’s everything Mike really wants to be.” 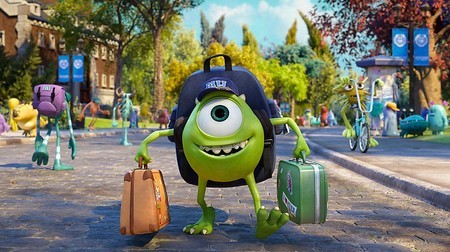 The problem, of course, is that Sulley fails to nurture his natural abilities, while Mike works extra hard—to little avail. “This movie does something that is rarely done,” says director Dan Scanlon. “It shows someone who has a dream and a desire that doesn’t work out the way he expects it to. I think that happens to everyone in some way or another, so we really wanted this movie to show that sometimes when you reach those walls, there’s something better around the corner. It’s not the end of the world. Mike Wazowski is the perfect guy to tell that story.”

Crystal says that for monsters, the characters are surprisingly human. “It’s easy to think that these characters can’t possibly have any depth or feelings because they're monsters, but they do,” says Crystal. “They’re young men figuring out who they are and what they want in life—and then what life actually has in store for them. What’s great about these movies is that they don't just entertain, they also have a wonderful message.”

And going back in time is sort of a bonus, adds the actor. “Suddenly, we're 18 years old. They made us look younger and thinner. I wish life could work that way.”

“We had to take Mike and Sulley back in time,” adds Scanlon. “Which meant we had to make them younger—college age—how do you do that with monsters?”

The question proved challenging for Scanlon and the production team. “We made them thinner, shortened their horns, removed age lines and made their eyes brighter and colors more saturated,” says character art director Jason Deamer. “We made a bunch of subtle moves and were pleased at how different they looked standing next to the older versions. We thought the cumulative effect was huge. But it wasn’t enough—a slightly skinnier green ball with one eye was still just that. When you extract the essence of someone’s likeness, whatever those basic elements are, that’s what you remember ten years after seeing a movie.”

So the team gave each of the returning characters what they called a “visual hook.” For Mike, artists added braces for the grade school version, which graduated to a retainer by the time he landed on the Monsters University campus.

All of the characters—both old and new—were treated with Pixar’s signature innovative spirit, creating a memorable cast that’s ultimately brought to life by a talented roster of voice talent led by Billy Crystal and John Goodman. “Those guys were great,” says Scanlon. “We recorded them individually early on in the process—just to get them back into the groove of the characters and for everyone to find the slightly younger versions of Mike and Sulley. But when we got them together, it was wonderful. They really get along, and have a natural charisma together. It was great for me as a director to just set up the basic idea of the scene and let them run with it. I’d stand back and watch, making little changes here and there. The energy level was high. Recording them together really allowed for the kind of happy accidents that you don’t often find in animation—those great spontaneous moments.” 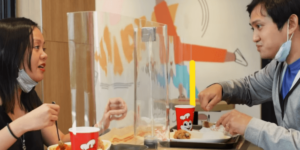