The third installment of the highly acclaimed romantic movie series will be shown in the Philippines on July 3.

Ethan Hawke and Julie Delpy return on screen for the third installment of the highly acclaimed romantic movie series Before Midnight on July 3 which will be shown in the Philippines in theaters nationwide.

Richard Linklater’s “Before Sunrise” and “Before Sunset” has generated rave reviews from movie fans to movie critics all over the world.  The clever juxtaposition of wit, drama, and romance has captivated the hearts and minds of millions of Before lovers. Such that the 3rd of the trilogy, “Before Midnight “ was tagged as the most highly anticipate threequel of the year, and the most awaited drama of the year by noted American movie critics.  The film has gone into wide release in a thousand theaters in the USA and in 20 countries worldwide.  The captivating love story of Jesse and Celine has also produced phenomenal success on social media. 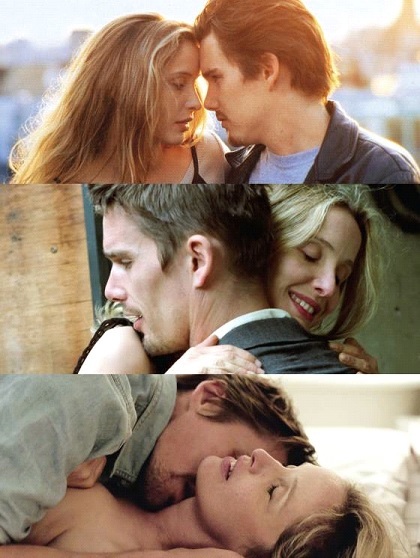 The buzz on the saga of the two soulmates have reached a wide spectrum of audience including the Philippines. The Before series may be remembered as simple, funny, and romantic while illustrating a single relationship squeezed into a string of moments: boy-meets-girl, they talked, fell in love, then separated by fate — all of it constrained by time.  As the story moves along through Jesse and Celine’s free-flowing ideas and intellectual conversation, the Before series plays on the premise of escape, freedom, momentarily losing oneself in the grandeur of the moment, situation, and losing touch with reality.

Before Sunrise plays on the cliché of “love at first sight” and the sheer thrill of escaping to a new world and consequently, finding freedom and solace in the arms of a stranger. Jesse is a guy who pretends to be cynical about love, but turns out to be more romantic than he shows. Celine is the romantic who just wants to live a good life. They meet on a train and Jesse whisks Celine away to Vienna with him, on the premise that they only have that instance and will never see each other again. As day turns to night, they delve into each other’s lives through conversations about anything and everything under the sun, with the thought of their limited time together looming over their heads. Before Sunrise ends with Jesse and Celine parting ways and promising to meet in the same place after six months.

Nine years after, Jesse and Celine cross paths again. In Before Sunset, Jesse visits Paris for the last leg of his book tour; the book being about his encounter with Celine. As some reporters are interviewing him, he momentarily glances to his right and is surprised to see Celine in the very same bookstore. Once again, they use the remaining moments to talk and catch up on their lives. They talk in a cafe, a garden, a boat, and in Jesse’s car. In the course of their conversation it is revealed that they are quite dissatisfied with how their lives have turned out. They end up in Celine’s apartment as a song plays (“Baby, you are gonna miss that plane.”) and viewers are left hanging as to whether Jesse gets on the plane or not. 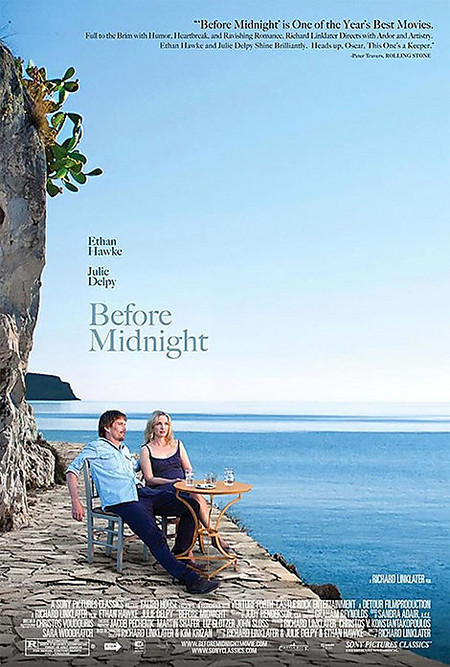 From a dreamy whirlwind romance that started in Before Sunrise to a coming-of-age in Before Sunset, the series transcends to the realities of life in Before Midnight. The Before series covers young love, maturity, and now commitment. The youthful, energetic spark between Jesse and Celine has been replaced by a quiet settling down and a renewed sense of responsibility. Before Midnight shows viewers what happens when the fairytale ends and Jesse and Celine have to face the realities of life. Will the romance live on and live strong? Or will the monotony of everyday life dull their sparkle? Now that they’re together, what happens next?
Whether you’re a romantic like Celine or a cynic like Jesse, the series will leave you wondering if true love does exist, and if it does transcend geographical borders and time. Before Midnight is a movie that will once again sweep you away and off your feet into Jesse and Celine’s world.