To Dean Hardscrabble, there are scary monsters and there are all other monsters. It’s no surprise she feels this way—she is, after all, a legendary Scarer and Dean of the School of Scaring at Monsters University.

To Dean Hardscrabble, there are scary monsters and there are all other monsters. It’s no surprise she feels this way—she is, after all, a legendary Scarer and Dean of the School of Scaring at Monsters University. Aspiring Scare students must be up for the challenge to impress her, though she is convinced that her assessments of who is truly scary are never wrong. 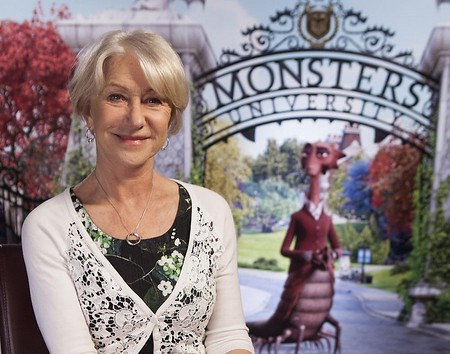 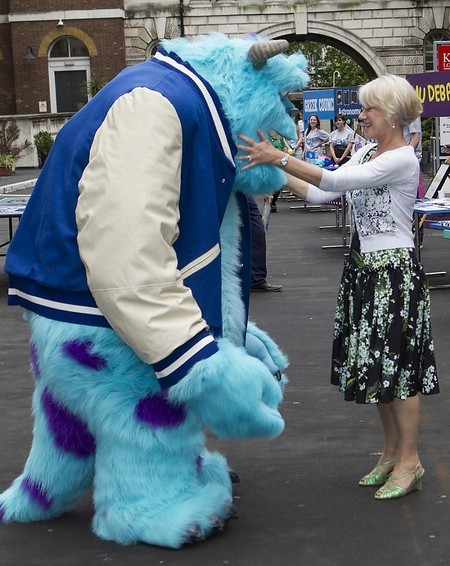 “Hardscrabble has been arguably the hardest character that I’ve ever worked on in the 15 years I’ve been here,” says character art director Jason Deamer. “We had as many as 12 people working on her. She had to be terrifying and creepy, but at the same time beautiful and graceful.” 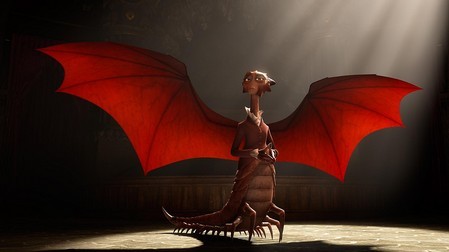 Filmmakers recruited a rare centipede for inspiration—Scolopendra Gigantea, also known as the Amazonian giant centipede. “We didn’t want her to be just a pure centipede,” says production designer Ricky Nierva, “so we thought having a dragon-, bat-wing motif would be cool. She can get from point A to point B really quickly, and her wings provide great opportunities to illustrate her emotions—when she gets angry, she can unfurl them quickly.”

With 30 legs, spectacular wings and a lifetime of experience, Dean Hardscrabble knows Scaring. She has no use for mediocrity—and her students know it. So when the hard-to-please Dean witnesses the spectacular culmination of the rivalry between Mike (voice of Billy Crystal) and Sulley (voice of John Goodman), she takes swift action, dashing their dreams in an instant.

Unlike Hardscrabble, Helen Mirren, who lends her voice to the character, appreciates Mike Wazowski’s work ethic. “Following your dream is all very well, but without the hard work it’s nothing. I think too many people think all you have to do is just have a dream and it will happen, and this movie very adroitly and very elegantly teaches a lesson to young people—success is 10 percent inspiration and 90 percent sweat and hard work. And even then, there are no guarantees.”

In “Monsters University,” ever since college-bound Mike Wazowskiwas a little monster, he has dreamed of becoming a professional Scarer—and he knows better than anyone that the best Scarers come from Monsters University (MU). But during his first semester at MU, Mike’s plans are derailed when he crosses paths with hotshot MU legacy James P. Sullivan, “Sulley,” a natural-born Scarer. The pair’s out-of-control competitive spirit gets them both kicked out of the University’s elite Scare Program. To make matters worse, they realize they will have to work together, along with an odd bunch of misfit monsters, if they ever hope to make things right.