Feel the Fury of ‘The Wolverine’

Set in Japan and directed by James Mangold, Logan aka Wolverine played by Hugh Jackman is back in the ultimate story about the adamantium-clawed hero, “The Wolverine.”

Set in Japan and directed by James Mangold, Logan aka Wolverine played by Hugh Jackman is back in the ultimate story about the adamantium-clawed hero, “The Wolverine.” 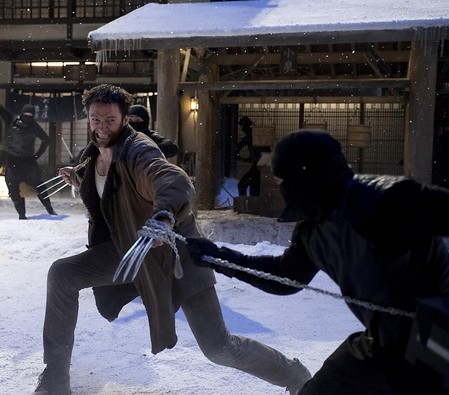 “The Wolverine,” vulnerable and alone at the start of the movie, is searching for meaning in his life.  Logan travels to Tokyo where he is embroiled in a mysterious web of tangled loyalties, deceit and intrigue, fighting bloody battles against deadly adversaries in a world that is entirely foreign to him. 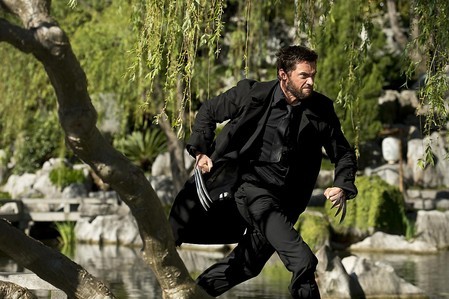 The most iconic character in the X-Men universe embarks upon on an epic journey in modern-day Japan, the century-old mutant known to the world as Wolverine, is lured to Japan that he hasn’t seen since World War II – and into a shadowy world of Yakuza and Samurai. 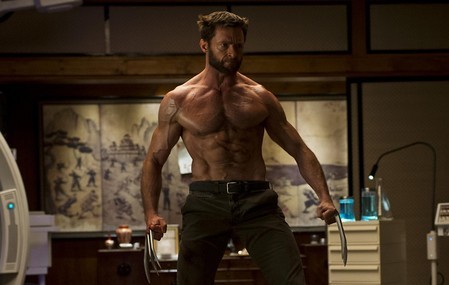 Suddenly finding himself on the run with a mysterious, beautiful heiress and confronted for the first time with the prospect of true mortality, Logan will be pushed to the physical and emotional edge – further than he’s ever been. On a perilous journey to rediscover the hero inside, Logan will be forced to grapple not only with powerful foes, mutant and human alike, but with the ghosts of his own haunted past, as well. As The Wolverine crosses his adamantium claws with Samurai swords, striking out through a maze of love, betrayal and honor, he will truly come to know the price of a life without end.

“This story takes The Wolverine into a world that is vastly different from any seen before in the X-Men series,” says Hugh Jackman, who also serves as a producer on the film.  “It’s visually different and the tone is different.  There are a lot of battles in this story, but the greatest battle of all is the one within Logan between being a monster and a becoming a human being.” Jackman saw in this untold part of the character’s history a rare chance to dive even deeper beneath The Wolverine’s indestructibility, and to illuminate his darkest aspects in a new way.

“One thing I find particularly interesting about Wolverine is his immortality, the fact that with his healing factor he can go on forever like a god, and because of that he also experiences the loneliness of a god.  Even when Logan loses those he loves, he knows that he will keep going on,” director James Mangold observes. “He’s been going on for a century now, through wars and battles and deaths of his loved ones and he’s come to a point of great weariness.  It’s a classic theme– the man who can live forever but suffers because of it. Logan is a damaged hero, and this story is very much about him looking to reclaim something he’s lost in himself.”

“Jim Mangold knows how to make a movie that is fun, has incredible action, and yet also delivers all the finer elements of character and storytelling,” says Jackman. “He pushed me to go deeper, angrier, heavier, more berserk in every way and in every take.”

From the start, Mangold wanted to break the mold of the comic book-based film. Explains the director:  “What interested me about The Wolverine was doing something quite different from the standard superhero movie, where it’s about stopping a villain’s diabolical plot. In this story, the action and suspense are built more on character, and are woven into a world that makes for a completely different kind of experience, one that you haven’t seen before.”

“The Wolverine” opens in more than 200 screens nationwide on July 25 from 20thCentury Fox to be distributed by Warner Bros.