Filmmaker Shawn Levy brings in the outcasts, the obsolete and the nerds in the upcoming comedy movie “The Internship” starring Vince Vaughn and Owen Wilson.

From his blockbuster works such as “Real Steel,” “Cheaper By The Dozen,” “Night at the Museum 1 & 2,” and “Date Night,” filmmaker Shawn Levy brings in the outcasts, the obsolete and the nerds in the upcoming comedy movie “The Internship” starring Vince Vaughn and Owen Wilson.

“The Internship” finds Nick (Wilson) and his partner Billy (Vaughn), as two newly unemployed watch salesman trying to find employment with a limited skill-set in a world that appears to have passed them by. 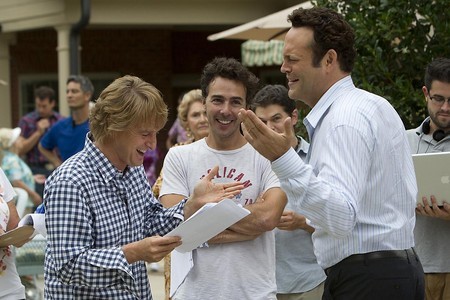 “As salesmen they are incredibly good at what they do,” says Levy, “but the whole profession of selling in person, in an age where most people are increasingly buying their goods on the Internet, is on the wane. So they are downsized, suddenly unemployed, and Vince's character comes up with this idea of applying for an internship at Google, a company that represents the vanguard of the new economy. It's a long shot, but this possibility of self-reinvention is exciting to Billy and Nick and they take their shot.” 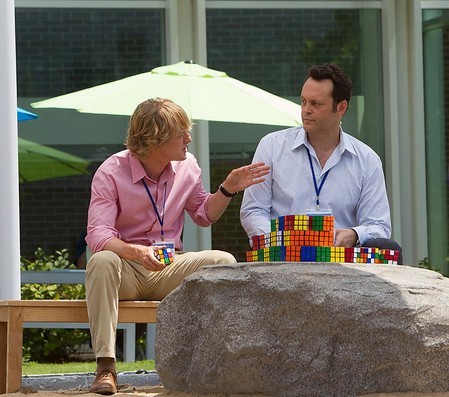 “If you're going to team Owen and Vince, a duo that is arguably one of the most special in comedy, you need to build characters that exploit their natural personalities. So you haveOwen’s character Nick, who is a bit more laconic, very positive, very much – to quote his character – 'a blue sky artist'. He’s an optimist, but we meet him in a moment when he's been thrown back on his heels. Although he is working for a rather unlikable character, he is still soulful and has an original perspective on life. Vince, meanwhile, plays Billy who is a fast talker, a big dreamer, makes lots of plans, has alot of big ideas, but can't always put it all together. They've been friends since they were kids, and we get a real sense of that history, and they have a very easy rapport that mirrors the chemistry and rapport between Vince and Owen in real life,” narrates Levy of the duo’s characters. 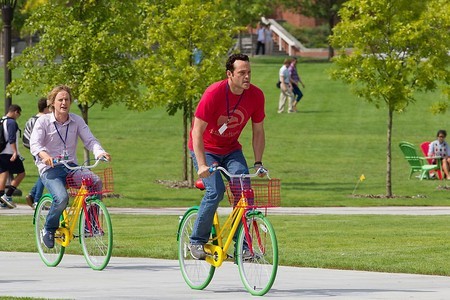 Director Levy further reveals that Sergey Brin, founder of Google made cameo appearances, “I've got him in there twice. The cameo that everyone recognizes is at the end when he says, ‘Congratulations boys,’ to Owen and Vince. But if you look closely, when Vince and Owen arrive at Google and they're looking around at this fantastical strange workplace, there's a point of view shot showing a man in yoga clothes on an elliptical bicycle wearing big neon green fluffy slipper shoes and a pair of futuristic glasses with a computer screen above the eyebrow. That too is Sergey Brin.” 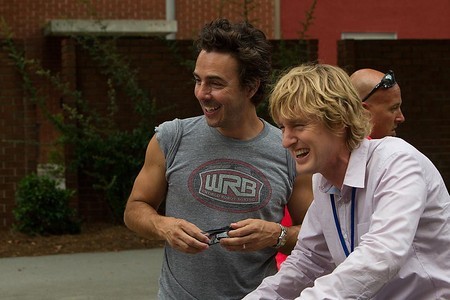 “Here’s more, we had a sign-up sheet for real Googlers – which is what they call themselves – to be extras in the movie and we had hundreds of people who wanted to play background performers. So most of the extras you see in the exteriors at Google are real Googlers, and they were the most directable and intelligent extras I've ever had in my life. Probably because they were wildly over qualified and over educated,” enthuses Levy.

“The Internship” will open in cinemas starting August 14 from 20thCentury Fox to be distributed by Warner Bros.