In the film, former race car driver Brent Magna (Hawke) is pitted against the clock. Desperately trying to save the life of his kidnapped wife, Brent commandeers a custom Ford Shelby GT500 Super Snake, taking it on a high-speed race against time, at the command of the mysterious villain holding his wife hostage.

While trapped in that driver's seat, Magna is being watched by multiple cameras mounted on the Super Snake. Over the course of the night, he is directed to complete a series of tasks without getting killed, and in turn, getting his wife killed. Each task more dangerous for the people inside and outside the car. 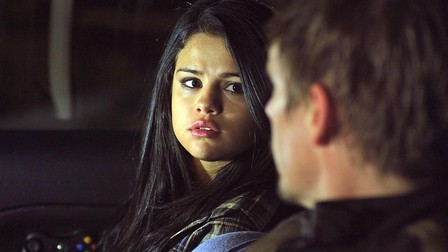 Into that chaos comes the Kid, a young, hot shot, tech-savvy girl who pulls a gun on Brent, jumping in the front seat and demanding that he turn over the keys. Instead, Brent takes control and tells her to get out of the car. But the Voice has other ideas. Although they can barely tolerate each other, the two become dependent on each other to survive the events that unfold nonstop during the longest night of their lives.

Gomez stars as the complete stranger known only as "the Kid," who ends up in the passenger seat of the Super Snake. She loved the idea of doing her first big action movie, noting, "I'd never really done a movie like this before; so I thought it would be challenging and fun for me, especially since all the car stunts were real instead of effects. And they were awesome — the whole experience was." 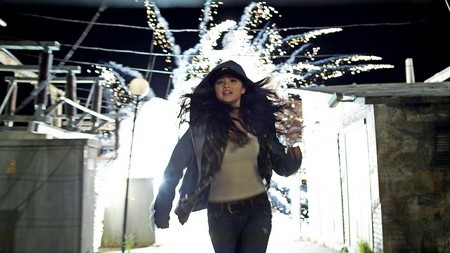 Director Courtney Solomon says, "Brent and this girl don't want to be there with each other. She can't stand him. He thinks she is irritating and doesn't need additional responsibility on his shoulders. He's got enough to deal with."

Since the audience is literally behind the dash with them the entire film, casting the pair was crucial.

Solomon remarks, "Ethan's an incredibly strong actor and in casting Selena, we thought she would be able to hold her own with him, and she did. There was a nice contrast and balance between them. She did a terrific job."

Gomez describes the Kid as "spunky and edgy. She knows a lot about cars and technology, which I know nothing about, so, that was interesting for me. I learned a lot. I also loved working with Ethan."

Of his on-screen costar, Hawke says, "Selena was an absolute pleasure. In a lot of ways she had a tougher role than I do. You know, my character's motivation is incredibly simple. He wants to get his wife back, so he's going to do what he's told. It's up to her character to go through all this rigmarole of figuring out a way to fight back. Left to his own devices, Brent would be dead and so would his wife. The Kid is the engine of the movie in a lot of ways."

Gomez offers, "Brent is very intense. You can see that he's extremely broken because his wife is his complete world. In the beginning, my character is very harsh with him and hard to get along with. But they spend all this time with each other in the car so they're obviously going to get to know a lot about each other, whether they want to or not."

Hawke and Gomez had already spent some time preparing for their own stunts. Gomez recalls, "I went in a car with a stunt driver and got a feel for what it was like, and I was terrified — but not as terrified as I was when Ethan was driving. He gets in the car, we buckle up and he starts doing these donuts. I asked him, 'Have you ever done this before?' and he answers, 'Nope.' I said, 'Great, this is totally how I'm going to die,'" she laughs. "But he's actually a great driver, so between him and Courtney I was in good hands."

Opening across the Philippines on Oct. 16, “Getaway” is distributed by Warner Bros. Pictures, a Warner Bros. Entertainment Company.