He notes that not only is it a privilege but also enjoyable to be able to reprise a character. “The amazing thing about Loki is that this is my third meeting with him, and we’ve had a year between each film, so essentially my understanding of the character deepens every time,” says Hiddleston. “I feel like the ‘Thor’ sequel and my third engagement with playing him was a chance as an actor to find new depth, new dimension, new iterations of his psychology, of his physicality and his capacity for feeling.”

Hiddleston has elevated Loki to the status of a fan favorite, despite the fact that Loki is undeniably a villain. In “Thor: The Dark World” fans will be treated to another perspective of Loki’s psyche. Hiddleston explains, “Loki is, on one level, this off-the-rails psychopathic agent of chaos who exists in the mythology as a kind of wrecking ball. But on a human level, his psychology and his emotional landscape is very, very interesting because he’s so intelligent and yet so broken. This film is a chance to find where his capacity for heroism and his Machiavellian menace meet.” 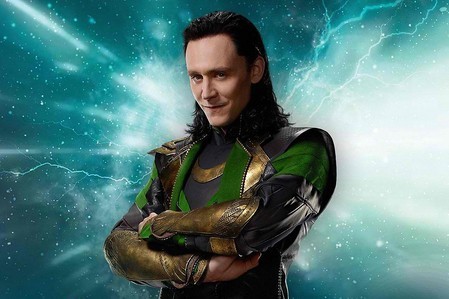 Hiddleston is quick to point out, however, that there are aspects of Loki that have to stay true to his development in the previous films. “Loki is still the same character, so he’s still possessed of a rakish charm and provocative wit,” says the actor. “He still loves provoking people and finding and exploiting weakness.

“He’s still selfish and vain and arrogant and proud, but he’s also elegant and amusing. He’s so full of charisma, and that’s why I love playing him; he’s not an all-out bad guy. He’s someone who knows his true nature and is having a really good time; there is an element of delight and joy at being bad,” concludes Hiddleston.

Although “Thor: The Dark World” takes place in a fantastical realm, it is grounded in a reality that makes it relatable to audiences on many levels. Hiddleston explains, “The really exciting thing about the world of Thor is that you have, at the center of it, a figure in a huge red cape that billows in the wind and a hammer and chainmail and he looks like a god, but he’s also a man who is wrestling with his identity and his destiny. He’s arguing with his father, he has a very complicated relationship with his brother—which is where I come in—and he has a mother and a woman he loves. What’s so exciting is that all of the characters within that landscape are infused with a humanity and a humanity that seems to reflect our own. Everyone in this world has a family; every family bumps heads occasionally, and this family in Asgard is no different.”

Hiddleston credits director Alan Taylor with bringing the world of Asgard to life. “Alan is fantastic and within seconds he revealed his experience and also his openness in creating a really believable world,” comments Hiddleston. “I thought it was really interesting that he wanted to expand our sense of the world; he wanted to deepen and shade it. He wanted to give it a kind of grittier feel in the sense that this is the race that the Vikings worshiped and there was a very clear link that felt somehow ancient and Viking and Norse and rugged and salty.”

The practical sets that were used to invoke the sense of reality were a boon for Hiddleston, who says, “It makes the scene incredibly dynamic and you get ideas that are really exciting. Actors, at their best, are responding to real things, that real physical material, and it just gives you a sense of space.”

Hiddleston was particularly enthused by shooting on location in Iceland. “We shot exteriors for the Dark World in Iceland, which of all the places on this planet I think is the most magical,” says Hiddleston. “It’s got an otherworldly quality to it. It’s so near the Arctic, so close to the uninhabitable regions of this world. In Iceland you get such scale. You get purple skies. We were shooting on a volcanic lava field, and you get epic footage that you can’t get anywhere else.” 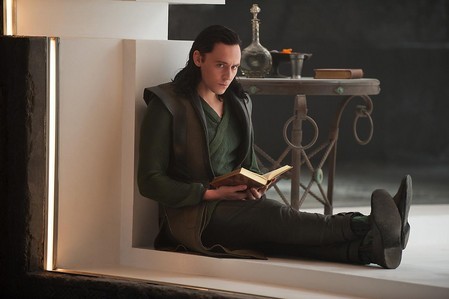 Hiddleston finds the fans’ response to the “Thor” franchise “amazing.” “People are so free with their passion for the emotional landscape of what we’ve created—huge characters with really human weaknesses; characters who are striving for unity and harmony and love and peace, but there are so many things in the way,” says Hiddleston. “In Loki’s terms, it’s all of the darkest aspects of human nature—loneliness and jealousy and rage and despair—and these are very human feelings. I love how the fans have really embraced that and they follow it and believe in it and reflect it. It’s given us the confidence to go deeper with it.”

When the film opens in theaters, Hiddleston is excited to see all the scenes come together to form the whole narrative, but there is something else that the British actor is looking forward to. He says, “The thing that’s really unique about ‘Thor: The Dark World’ is contemporary London. In the first film the action cut between Asgard and Earth, and Earth was a town in New Mexico. In this film it’s Asgard and London, and it’s a very contemporary London that I very much, as a native resident of London, recognize and am excited by. No one’s going to have seen London in the way they see it in this film, so that’s very cool.”