Fun Facts on the Making of ‘Captain America: The Winter Soldier’

A brand-new costume for Captain America? Gymnastics lessons for Chris Evans? The iconic shield as an offensive weapon? Get to know the fun trivia surrounding the production of Marvel's “Captain America: The Winter Soldier.”

A brand-new costume for Captain America? Gymnastics lessons for Chris Evans? The iconic shield as an offensive weapon? Get to know the fun trivia surrounding the production of Marvel's “Captain America: The Winter Soldier.” 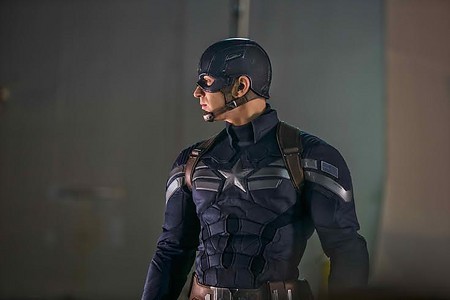 The sequel pick-ups where “Marvel’s The Avengers” left off, as Steve Rogers struggles to embrace his role in the modern world and teams up with Natasha Romanoff, aka Black Widow, to battle a powerful yet shadowy enemy in present-day Washington, D.C. 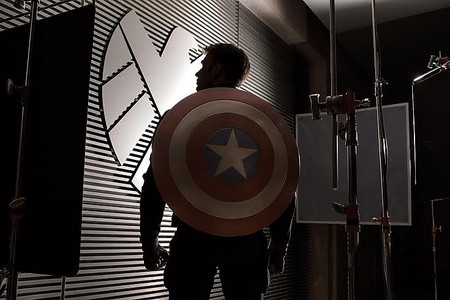 The Winter Soldier character, played by Sebastian Stan, was created for Marvel comics by Ed Brubaker in 2005. Though the character of Bucky Barnes existed previously in the Captain America comic books, he was killed off in WWII and not resurrected until Brubaker brought him back as the Winter Soldier.

Top form. Chris Evans truly had mixed martial arts training as the fighting techniques he employed in the film were a mixture of Parkour, Brazilian Jiu Jitsu, karate and boxing. The filmmakers believed that bringing Steve Rogers into the modern day also meant that he had studied and mastered modern fighting styles and techniques. Evans also willingly engaged in gymnastics training. That training had a big payoff when it came time to shoot fight sequences like the Elevator Fight.

The Elevator Fight was the first fight sequence shot for the film. It featured Brock Rumlow and ten guys in a crowded elevator with Captain America. The challenge was how much choreography could the filmmakers squeeze into a very small space. Realizing that Steve Rogers would have to be on the defensive, the stunt coordinators let Chris Evans use his hands and feet in close quarters until he gets a bit more room to use his fighting techniques and do some serious damage.

New costume. Captain America gets a new “stealth” suit—a navy blue, utilitarian-looking suit that moves fluidly. Since Captain America is working in special ops in the new film, it was only logical that he would not be wearing a target on his chest when on clandestine missions. So the filmmakers opted for a suit that would have texture and look more real world with a Kevlar-based ballistic component that would protect Captain America but at the same time function like a military uniform. 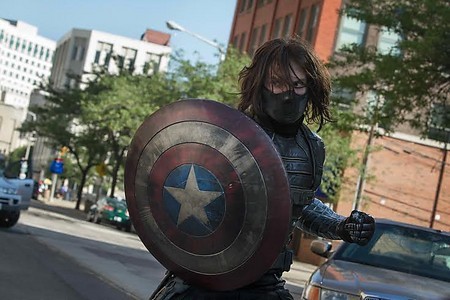 The shield. In battling the Winter Soldier, Captain America needs all the resources he can get, including his iconic shield, which has a lot more uses in the film. The shield is traditionally used mostly as a defensive weapon, but in “Captain America: The Winter Soldier” the filmmakers wanted to explore using it more as an offensive weapon. There are two handles on the shield and Steve Rogers can hold onto the handles in order to utilize it in an eastern style of fighting.

“Cut the check!” Anthony Mackie, whose excitement and energy for his character was infectious, liked to say “Cut the check!’” whenever something had gone right or a scene had been completed. It became a contagious phrase that caught on and before long everyone on set was saying it.

Fan love. For the actors, shooting on the streets of Washington, D.C. meant drawing big crowds—many of them young kids who lined the streets dressed in their Captain America costumes, waiting to meet Captain America himself. Chris Evans routinely took photos with young fans and he describes those moments as the best part of shooting in the nation’s capitol and playing Captain America.

Triskelion. Fans will get to see multiples of the 2.0 version of the helicarrier as well as S.H.I.E.L.D. headquarters based in a building called the Triskelion in Washington, D.C. The Triskelion is a newly designed design, state-of- the-art facility that fits seamlessly into the backdrop of Washington.

Opening across the Philippines on March 26, “Captain America: The Winter Soldier” is distributed by Walt Disney Studios Motion Pictures International through Columbia Pictures.