In its stillness, 'Dagitab' often finds something transcendent: some profound truths about life that aren’t always served well by standard drama. 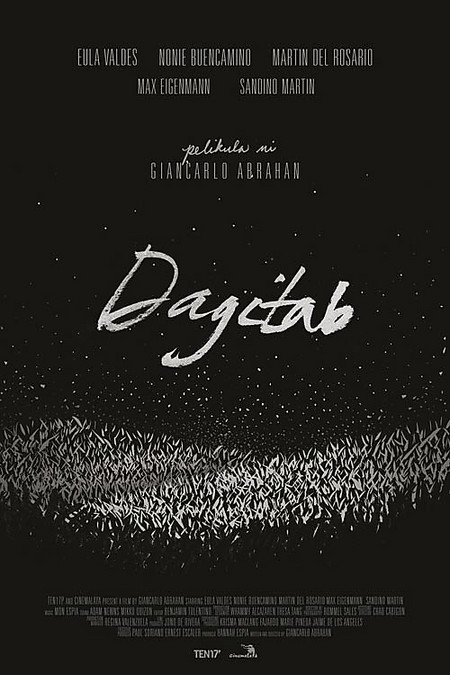 Giancarlo Abrahan's Dagitab tells the story of married career academics Issey and Jimmy (Eula Valdez and Nonie Buencamino). Jimmy has been working on a book that reignites old passions in him. And while Jimmy is away, Issey deals with a scandal involving her teenage godson (Martin del Rosario). In almost any other movie, the events of this story would be treated as horrible crises. But Dagitab works differently. It shirks histrionics at every turn, sticking instead to the steady rhythms of a couple that’s been together for long enough to know that everything just passes. The film seems to actively avoid what one would recognize as big scenes. It instead gets painfully intimate, sharing these quiet little private moments that bear the honesty that can only exist between two people that truly understand each other.

Nonie Buencamino and Eula Valdez are terrific in the lead roles. It must be tricky to portray such a lived-in relationship, but the two are able to convey a history that goes well beyond what is written. The film runs a little long, but it mostly earns it. In its stillness, Dagitab often finds something transcendent: some profound truths about life that aren’t always served well by standard drama. 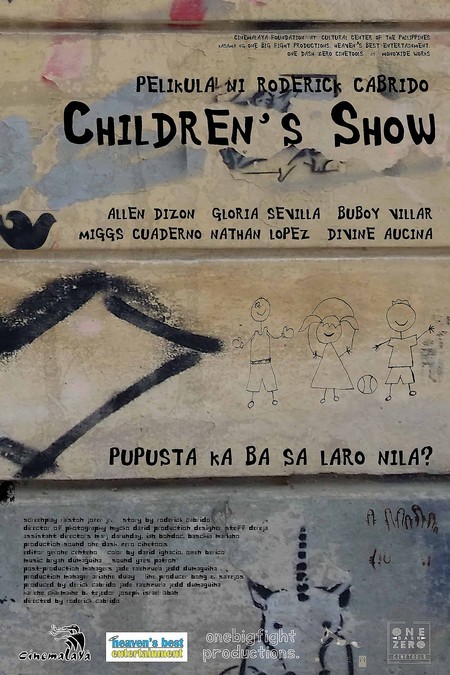 Children's Show, which is inspired by real events, tells a story set in the world illegal underground fighting, where every match is fought by minors. It's a harrowing little tale of two brothers (Buboy Villar and Miggs Cuaderno) who take part in these fights, hoping to make a little extra money to help their grandma (Gloria Sevilla) pay her debts. When not fighting, the boys have to contend with their deadbeat father Mario (Allen Dizon), who abandoned them long ago, but is still always hitting them up for money.

My main reservation with this movie is in the way the fights are shot. I'm not entirely comfortable with how stylish they look. They look like they could be scenes out of Ong Bak, the movie almost fetishizing the violence with its penchant for slow motion and dramatic lighting. It undoubtedly looks great, but one has to question the decision to make these awful, awful fights look great. Otherwise, this is a pretty solid movie with a smart dramatic core. Though set in poverty, the film is able to curb the miserablist tendencies that often go with the setting and focus on the kindness that exists in spite of the awful surroundings. But yes, those fights are more than a little discomfiting, and probably not in the way that the film intended. 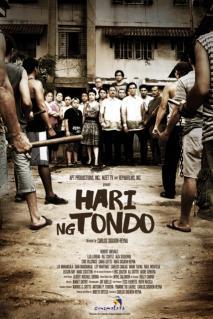 Movies set in Tondo can rarely be described as "buoyant," but that's the word that best describes Carlos Siguion-Reyna's Director's Showcase Entry Hari ng Tondo. Tycoon Ricky (Robert Arevalo), upon hearing that he's lost much of his fortune, decides to return to his roots in Tondo. He brings with him his grandchildren, hoping that some of the area's toughness will rub off on them. And for a while it actually works, but his children and his son-in-law seem intent on sabotaging his little experiment.

The film works best when it's just capturing the everyday rhythms of life in Tondo, which go beyond what's often seen in cinematic depictions of the area. The film exhibits a genuine affection for the place, its scenes often celebrating the sense of community that persists in spite of the harshness of the situation. The plot almost feels like an intrusion. Ricky’s children come off as cartoon villains with their vague, dubious motives and their even vaguer, more dubious schemes. The schematic plotting results in quite a few awkwardly staged scenes, a lot of them involving characters having conversations in front of other characters that really shouldn’t be hearing any of this. But in spite of all that, there’s no doubt that the movie’s heart is always in the right place. And though it can sometimes be rough getting there, the various stories all end up where they needed to go. 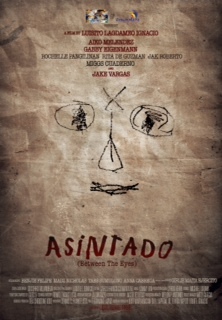 Director Luisito Ignacio has spent much of his career working in television. It’s a set of skills that doesn’t necessarily translate very well to the bigger screen. This proves to be one of the problems of his Director’s Showcase entry Asintado. The film takes place during the run-up to the Taong Putik Festival. Promising young man Tonio (Jake Vargas) is eyed by crooked village chairman Carias (Gabby Eigenmann) to be a courier for his drug operation. The hapless Tonio quickly gets into trouble, and it's left to his mother Julie (Aiko Melendez) to find him a way out.

The movie hinges on Tonio being entirely incompetent, which makes it difficult to sympathize with him when things go horribly wrong. From there, the movie only gets more difficult to swallow, as it comes to present a reprehensible act as some sort of triumph. There are all sorts of clumsy storytelling choices along the way, the film exhibiting little control over the tone of its scenes. There's a soap opera quality to all of it, the scenes often lingering a little too long on a reaction, as if waiting to cut to a commercial break.