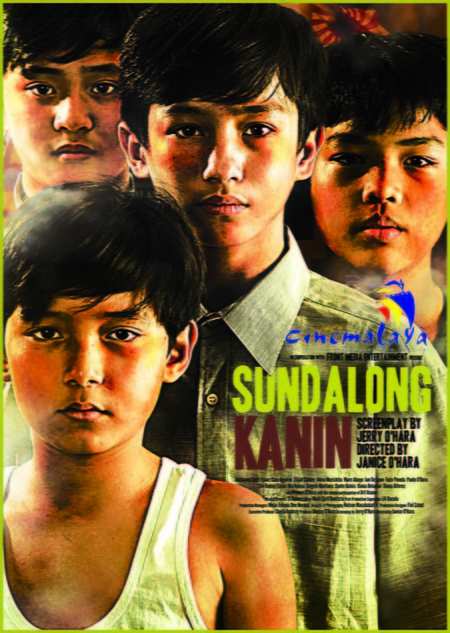 Janice O'Hara's Sundalong Kanin takes place in one of the most complicated periods in our country's history. The film follows a gang of four kids at the onset of the Japanese invasion of the Philippines. Their town is soon occupied by the Japanese, and collaborators are put in charge. The kids play at being soldiers, putting together makeshift weapons and spying for the nearby guerrillas. But soon they are confronted with the horrible reality of war, and they're no longer afforded the safety of playing games.

My one quibble with the film is the decision to make comedic relief out of the character of the guerrilla commander. It feels terribly incongruous in a film that tackles such grave matters. Otherwise, the film is pretty great. The plot is simple, but the emotions get crushingly complex. In the end, this isn't a movie about a simple conflict between two sides. The real battle here is between the ideals of the kid characters and the brutal reality of warfare. There are no clear choices. No real good guys or bad guys. It's all just a bunch of people trying their best to get through a terrible situation. Seen through the eyes of kids, the all-too familiar theme of how war brings out the worst in humanity is made all the more tragic. 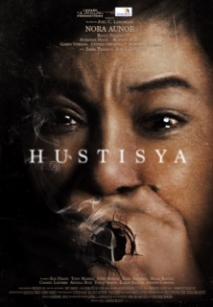 Nora Aunor is the main attraction in Joel Lamangan's Hustisya. In it, she plays Biring, the right hand woman of Vivian (Rosanna Roces), who runs a human trafficking operation. She makes sure that their business runs smoothly, providing a steady influence to the more volatile Vivian, and making payoffs to various people in power. And then one day, Vivian sets her up for murder. And while in jail, Biring impresses the higher ups in the organization. Before she knows, Biring gets caught up in weightier matters as she gets groomed for more responsibility in the organization.

In its best moments, the film recalls Lino Brocka's Maynila sa mga Kuko ng Liwanag. It sketches out the cruelty of life in Manila, a city where virtue simply cannot survive. But whereas Brocka’s movie took place on the fringes, Hustisya presents the corruption as the mainstream. The movie gets far too obvious, especially in the back half. There’s a sequence near the end that lays it on pretty thick, the movie abandoning all sense of subtlety as it unleashes all the evils of Metro Manila into a single alley. Still, even the clunkier parts of the movie are elevated by the stellar performance of Nora Aunor. Biring is an amazing character, and Aunor makes being denied the National Artist title seem like something worth aspiring to. Bwaya gives itself an out by showing us a scene of director Francis Pasion asking the real-life mother of the film's subject if it's okay to make a movie about her and what she went through. And she says yes. "So that people won't forget", she says. But even that doesn't keep portions of this movie from feeling a tad ghoulish, or just questionable in intent. The movie dramatizes a tragic event that happened among the river-dwelling Manobo people of Agusan del Sur. One day, a young girl named Rowena is attacked by crocodile. The film then follows her parents Ben and Divina (played by Karl Medina and Angeli Bayani) as they search for her body and deal with the fallout of the events.

The movie almost seems to exist as a form of grief counseling for the bereaved parents of Rowena. And that's fine, I suppose, but I'm not entirely sure it's something that should be seen by other people. It certainly gets problematic when the film cuts to real footage of Rowena's body being exhumed, or when it has the real Divina acting out a scene with the movie Rowena. The movie walks a very fine line between loving memorial and exploitation of tragedy, and I don't think it's always able to keep its balance. 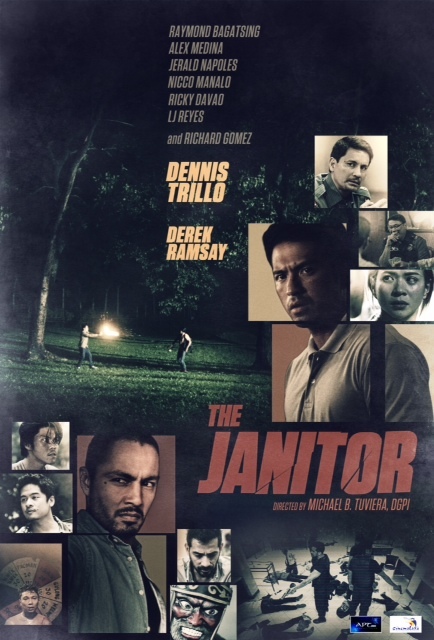 There's a scene in Mike Tuviera's The Janitor that takes place in a derelict, half-finished building. Our hitman hero Cris (Dennis Trillo) is chasing down one of the suspects named in a brutal robbery massacre. Cris enters the scene in daylight, then runs up some stairs to chase down his target. They get a couple of floors up, and suddenly it's completely dark outside. Somehow it has suddenly turned into night, and the derelict building is just as suddenly lit by electric lights.

There is merit to the idea behind The Janitor. Between the scenes that lay out the details of the plot that refuses to make any sense lies a depiction of a society that blurs the line between the criminal and the innocent. None of the characters get away with a simple definition. We're shown how they all toe the line between order and chaos, their lives not totally defined by their criminality. It's a worthy concept, but it's wrapped up in a film more intent on being cool than making any sense. The story stalls pretty early on, as it's made painfully clear that the main character is being played. But the film continues acting like it's all still a mystery, the protagonist made utterly powerless to pursue reasonable avenues of investigation. From there, we’re all stuck waiting around for the main character to catch up.