Harry Connick, Jr. Back for a New Challenge in “Dolphin Tale 2” 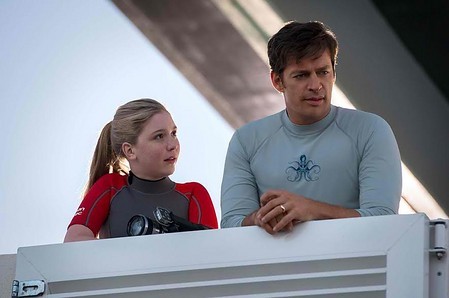 In the first “Dolphin Tale,” Dr. Clay Haskett—as the head of what was then the Clearwater Marine Hospital—was dealing with money troubles that put the entire facility on the brink of closing down. It was a threat to the one thing he had dedicated his life to: the survival of all the animals, including the dolphin Winter, who faced an uncertain fate in the wake of losing her tail. But the invention of the groundbreaking prosthetic tail that saved Winter’s life also gave new life to the marine animal rescue hospital, which now bore a new name: Clearwater Marine Aquarium (CMA). 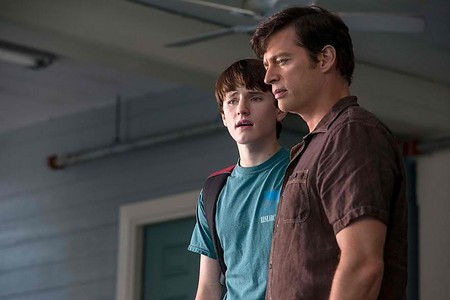 While Winter’s newfound fame brought CMA financial security, the staff and the animals are facing other challenges instigated by a death in the family. “The loss of Panama is heartbreaking to everyone,” says director Charles Martin Smith, “but for Winter, it’s like losing her mother and she withdraws from everyone in grief. Dolphins are very intelligent, sensitive animals, and I really tried to illustrate that point. Winter is alone and not doing particularly well, which is a concern for everyone at CMA.” 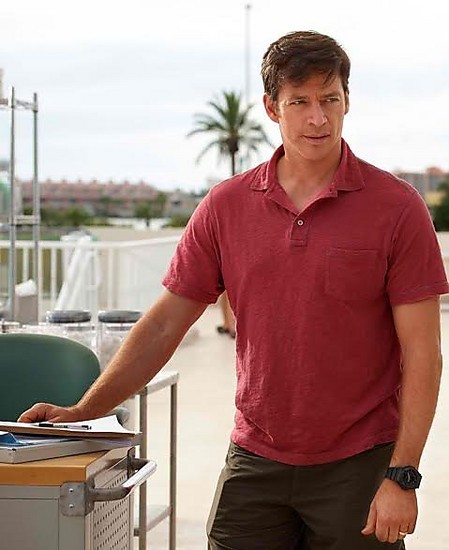 However, Clay knows there is a more pressing issue that could jeopardize the future of the Aquarium and its most popular resident. Connick offers, “They need to find a new poolmate for Winter, but that’s easier said than done. One possibility is Mandy, a female dolphin that was found beached and badly sunburned, but the mission of CMA is Rescue, Rehab and Release, so it remains to be seen if Mandy will stay or will be returned to the wild. They have no right to keep Mandy if she can survive on her own in the ocean, where she belongs. Clay is getting a lot of pressure from all sides to hold on to Mandy in order to keep Winter, so he’s at a point where he has got to make a pretty tough decision.” 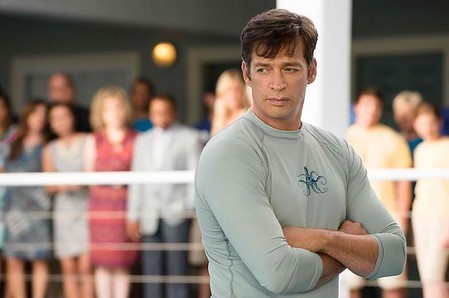 “Harry has a genuine goodness about him that comes across in his portrayal of Clay,” says Smith. “He is also hilarious and a total jokester; he was always making everyone laugh during the first movie, and he picked up right where he left off.”

“Since we made the last movie, Clearwater Marine Aquarium has exploded in real life, as both a rescue/rehab/release facility and as a tourist attraction,” says Connick. “So in our somewhat fictionalized storyline, these are the things that are affecting my character, or rather, he’s trying to keep them in balance. And with that comes politics, and that gets Clay into a few sticky situations.”

But the actor is quick to point out that the feeling on the set is much different in tone than the sometimes emotional story they are filming. He continues, “I'm wearing shorts and flip flops and a t-shirt, so that in itself just takes a load off. It's a very relaxed easy feel. We're shooting in Clearwater, Florida. The weather's great. We are around these incredibly beautiful and inspirational animals, and the people who help them are some of the most amazing, hardworking people I've met in any walk of life. So when you take all of that, you have a movie set where we’re all happy and feel very lucky to be working on.”

Opening across the Philippines on Oct. 08, 2014, “Dolphin Tale 2” is distributed by Warner Bros. Pictures, a Warner Bros. Entertainment company.