Forty-five films about lesbians, gays, bisexuals and transgenders from fifteen countries including the Philippines will be featured in the country’s biggest outing of queer films.

In celebration of its 75th anniversary as a city, Quezon City hosts Asia’s largest LGBT film event, the QC International Pink Film Festival. Forty-five films about lesbians, gays, bisexuals and transgenders from fifteen countries including the Philippines will be featured in the country’s biggest outing of queer films. It will be held on December 9-16 at Trinoma Mall. 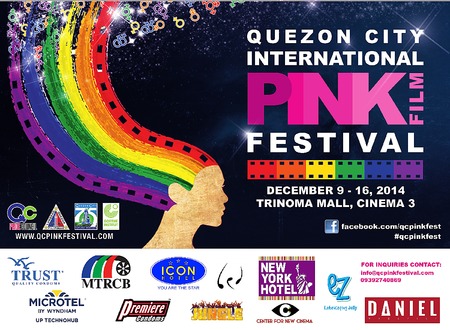 Award-winning films line up the eight-day film program led by the controversial Cannes Film Festival grand prize winner, “La Vie d’Adele” (Blue is the Warmest Color), the German gay film, “Freier Fall” and the American documentary, “Before We Know It.” Among the participating countries are Sweden, Australia, Japan, Indonesia, Malaysia, Cambodia, and Vietnam. 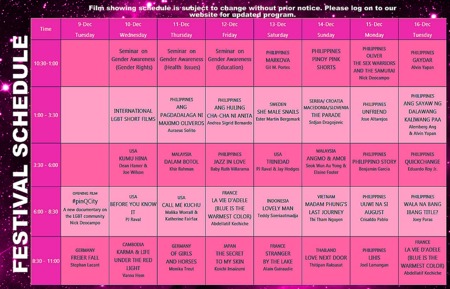 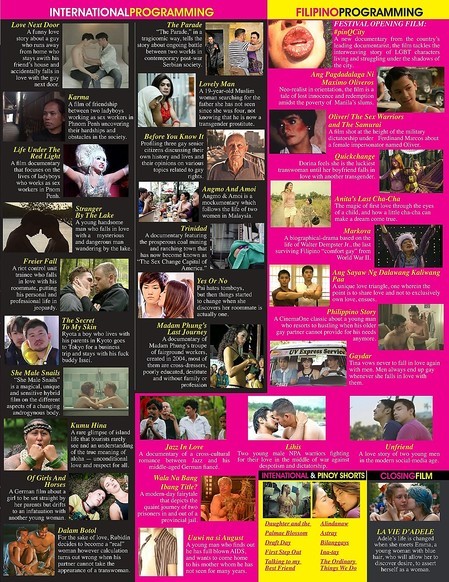 A Pride March will serve as highlight of the week-long celebration. Seen to be the largest gathering of Filipino LGBT community and its supporters, it will be staged at the Quezon City Memorial Circle on Saturday, December 13.  LGBT organizations, local barangay units, and school-based LGBT organizations nationwide are expected to join the Pride March. It will feature a float competition, night party, rainbow booths, fashion show, and the QC LGBT Rainbow awards, the first of its kind in the country. Awards will be given to exemplary personalities of Quezon City who helped advance the LGBT movement.