Nightmarish Realm in “The Lazarus Effect”

From the producers of original hit horror franchise as “The Purge,” “Insidious”and “Sinister” comes the horrifying reality in “The Lazarus Effect” when a group of medical students play god to resurrect one of their own.

From the producers of original hit horror franchise as “The Purge,” “Insidious”and “Sinister” comes the horrifying reality in “The Lazarus Effect” when a group of medical students play god to resurrect one of their own. 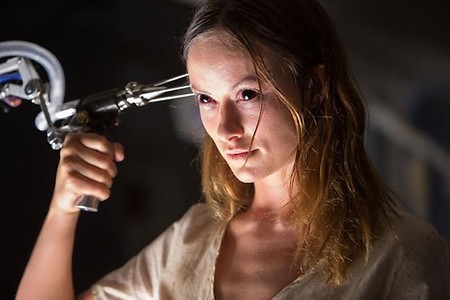 Starring Olivia Wilde, Mark Duplass, Donald Glover, Sarah Bolger and Evan Peters, “The Lazarus Effect” is a gripping, thought-provoking thriller that begins with a group of renegade medical researchers who believe they may have stumbled on a breakthrough drug that could one day resurrect recently deceased patients.  But when a lab accident takes the life of one of their own, they decide to rush into a spontaneous experiment, bringing her back to life in an extraordinary medical triumph . . . and unleashing forces far beyond their comprehension. 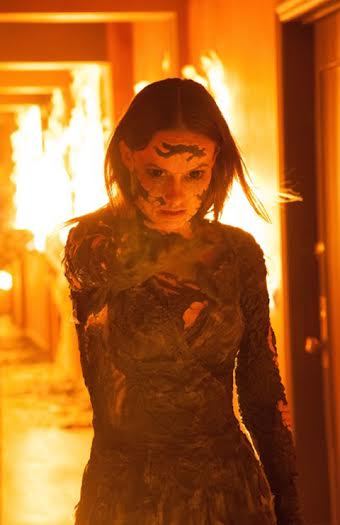 Corporeal reanimation has long been part of mythology, from zombies to Frankenstein, but it has also been an enduring scientific quest.  Emergency medicine has come so far that, in some cases, people are being resuscitated from flat-lined hearts even after many hours in a state incompatible with life.  So what if we could extend that period to days or weeks … or beyond?   In the film, the Lazarus Project Lab has been probing that daring question for a while, with promising results, at least with a dog named Rocky. They could be on the verge of the biotech coup of the century.  But even before they have collected the necessary data to proceed, they are forced to dive into the unthinkable: testing their serum not only on a human subject, but their beloved friend.  Now, they know they can bring a human being back from clinical death.   But what they do not know is where they have brought her back from – and how they are going to survive her wrath. 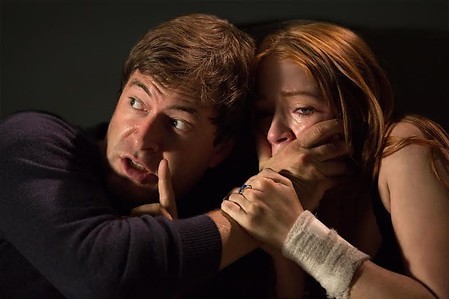 The story builds on a mysterious medical reality that has resulted in more than 3 dozen documented cases of the so-called Lazarus Phenomenon – when a patient spontaneously returns to life even after resuscitation has failed, named for the Biblical figure who rose from the dead. The incidents have been shocking and macabre.  In 2010, a funeral worker in Colombia discovered a 45 year-old woman’s body, long declared dead, starting to move shortly before burial.  In 2013, an Ohio man coded for 45 minutes and doctors told his son he was gone; but when the son came to say goodbye, a slight signal reappeared on the heart monitor and the man suddenly revived. Then there is recent case of a dog euthanized twice at an animal shelter in the Ozarks, only to be found sitting up in his kennel the next morning.  (The dog was soon adopted … and named Lazarus.) 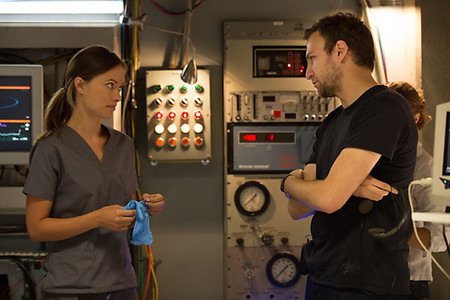 “I loved the idea of really exploring the concept of being brought back to life,” says director David Gelb.  “What would you experience while you were gone?  How would you be different when you came back? And what might you potentially bring back with you?  The young scientists in our film set out to give patients and loved ones hope, but they discover that there can be horrible consequences to playing with the power of life,” continues Gelb.  “As events begin to unfold, the story takes a sharp turn into becoming an absolutely terrifying thrill ride where you don’t know what’s going to happen, you don’t know who the next character to disappear is going to be, and the scares are pretty intense.”

“The Lazarus Effect” opens March 4 in cinemas from Pioneer Films.