Unfinished Business kicks off with Dan (Vince Vaughn) quitting his job at a minerals firm to start his own business. Unfinished Business kicks off with Dan (Vince Vaughn) quitting his job at a minerals firm to start his own business. He is joined by the elderly Tim (Tom Wilkinson) and the inexperienced Mike (Dave Franco). A year later, the firm is still struggling, and the three head to Portland, Maine to close a crucial deal that will keep the business afloat. But it turns out that the deal isn't as solid as they thought. They have to rush to Germany to hopefully find a way to win the deal from a much larger competitor, and there the three are forced into a series of uncomfortable situations as they grow more and more desperate.

It might also be mentioned that Dan has a family. His son is being bullied, and Dan and his wife are forced to consider moving him to an expensive private school. His daughter isn't very happy in school, either. For a while, it seems as though the film actually has something trenchant to say about the paradox of doing business: presumably, one does this all to provide a better life for one’s family, but being dedicated to work means spending precious time away from the family. That would have been really interesting, except that isn’t what the movie ends up doing. It aims much lower than that.

Being away from his family doesn’t keep Dan from being able to solve these problems. He’s able to resolve all these issues by video chatting with his family. And that’s pretty much the way it goes in this film. There are problems to wrestle, but they aren’t really all that difficult. Much of the actual work that they do is done offscreen, with the characters basically just saying out loud that they magically managed to improve the numbers. The film often tries to make these characters out to be bumbling idiots that get into all sorts of trouble, but they are also apparently hyper-competent when it comes to business.

And that just doesn’t make for a very interesting movie. Dan turns out to have been right all along. It’s tough to see why he deserves the business more than his competitor, other than the fact that his opponents are portrayed as one-dimensional evil villains. In place of an actual plot that has the characters working towards their goal, the film just serves up a series of lame humiliations. At one point, Dan has to strip naked in front of a supplier. In another sequence, Dan and Mike end up in a gay bar bathroom, talking to men who have their penises stuck through gloryholes. It’s telling that there aren’t really any jokes written in these scenes. They are simply built around the supposedly hilarious idea of seeing exposed body parts.

Vince Vaughn has been playing the same character for years now: the abrasive jerk with a heart of gold. The performance is less interesting every time, the actor getting lazier and lazier each time he reprises the part. Tom Wilkinson is squandered on a role that mostly calls for him to do drugs and swear up a storm, as if that were still outrageous in this day and age. The saving grace of this film is Dave Franco, who brings a sly sweetness to an underwritten role. The actor goes above and beyond in crafting a dramatic hook for his bumbling character.

Unfinished Business is just another iteration of Vince Vaughn coasting. It is another comedy starring him that seems to be mostly built around the business of marketing and product placement. There’s just so little energy to this film, most of the participants simply going through the motions, hanging on to templates and adding nothing of value. Vince Vaughn just keeps on making the same boring movie over and over, the actor apparently having nothing left to say. 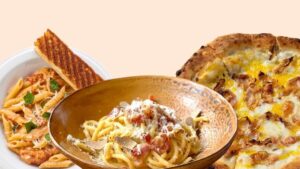