‘From Vegas to Macau’ is Committed to Inanity

From Vegas to Macau reteams director Wong Jing and actor Chow Yun-Fat in a farcical variation of their God of Gamblers pictures. From Vegas to Macau reteams director Wong Jing and actor Chow Yun-Fat in a farcical variation of their God of Gamblers pictures. It isn’t strictly necessary to be familiar with their previous work to enjoy this movie, but it certainly helps, as the film indulges in the history of this particular genre of Hong Kong cinema, which director Wong innovated. Between the slapstick comedy, the twisty plot, the bizarre gambling elements, and the fight sequences, the movie emerges as kind of a mess. But it is at times, a really enjoyable mess, anchored by a delightfully unhinged Chow Yun-Fat performance.

The film doesn’t even begin with Chow. It first introduces the audience to Cool (Nicholas Tse) and his gang. They are self-described Robin Hoods of the underworld, using scams and tricks to take down more vicious criminal organizations. Cool and his gang end up in Macau attending the birthday party of legendary gambler Ken (Chow Yun-Fat). Cool wants to learn the ways of Ken, and he ends up teaming up with him when the authorities recruit Ken to help them take on a ruthless criminal mastermind.

The film doesn’t strike one as a particularly good candidate for localization. Wong Jing traffics in local Hong Kong references and Cantonese puns, and those are things that don’t very well in translation. The transition to Tagalog isn’t bad, but there’s certainly something lost. It’s not that big a deal, though. The movie isn’t really working with big themes that require nuance. If some jokes are lost, the audience isn’t really all that worse off. In the end, this film is still largely composed of easy to understand visual gags that convey the sense of comedy.

The plot is nonsense, but that is just the way things go with these films nowadays. There is just a sliver of a story to provide some context for all that craziness that follows. The film comes alive in the gambling sequences, where the same nonsense is applied to elevate the tension. It is all pretty stupid, but it is committedly so. It doesn’t apologize for how corny some of this stuff is. In fact, it will have the characters laugh right into the camera.

Chow Yun-Fat certainly commits to the silliness. He delivers an outsized performance that goes above and beyond what the film requires. It takes quite the actor to make all this nonsense work, but Chow’s ridiculous smirk provides enough context to make it all acceptable. Chow is such a force in this lead role that he consumes his co-stars almost entirely. Nicholas Tse delivers a fine turn as the subdued and often frustrated Cool, but he doesn’t a chance in the light of the radiant Chow Yun-Fat.

The film manages to be fairly entertaining through all this. It doesn’t quite have the verve or the charm of the earlier collaborations of Wong and Chow. The CGI is especially unfortunate. But overall, if one is a fan of those earlier films, From Vegas to Macau might sate the hunger for a little while. If one isn’t already familiar with the genre and the previous films, then this movie will likely seem like a bunch of random nonsense. And it is, actually, even with the benefit of history and context. But in moments, it just lets its star loose, and the charm comes through anyway. Even through the filter of translation, the commitment to inanity kind of works. 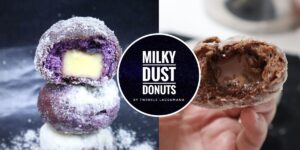