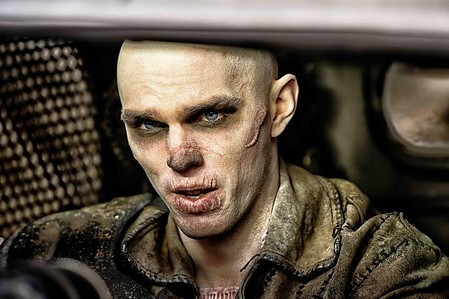 Of his character, Hoult explains, “Nux is a War Boy who is essentially one of the characters who works for the Warlord Immortan Joe. They have been brought up since they were young, working as War Pups and working with vehicles and stuff as mechanics.” 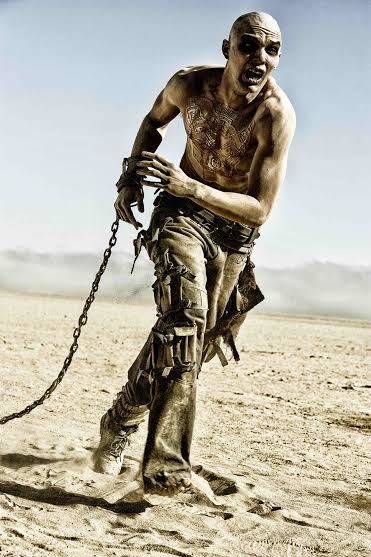 The Warlord has indoctrinated the War Boys in his self-created myth that he is an immortal returned to deliver them to the warrior paradise of Valhalla, so they fling themselves into road combat with religious fervor. 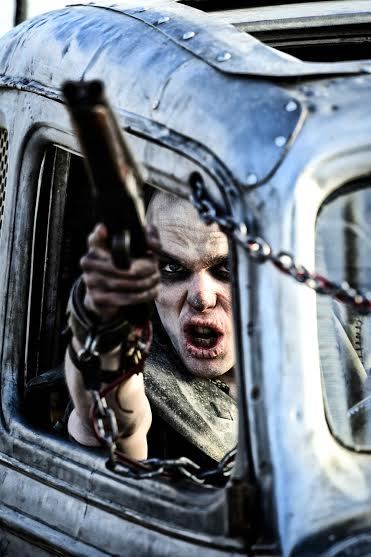 Nux has achieved the ultimate for a War Boy in his short, failing life—the vaunted position of driver, with his own personalized hot rod and a V-8 engine block scarified on his chest. “Everyone in this story is a commodity, and yet, in Nux, we see the rambunctiousness of youth,” says George Miller. “Even though he’s leading a fairly miserable existence, and knows he hasn’t got long, he’s actually capable of great joy, and Nick has that energy inherently. He’s a wonderful actor, extremely disciplined, strong and also tremendous fun. Nick just exudes that youthful exuberance that really tells you who this character is.” 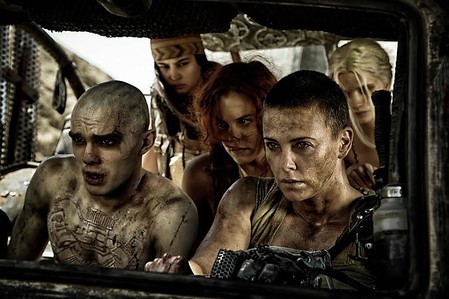 Long before production began, Miller set up a secure website loaded with videos of costume fittings, stunt tests, and reference materials for the actors to learn the backstories of the characters, which was a goldmine for Hoult. “It gave some insight into how Nux could always be trying his best to be optimistic,” the actor notes. “He doesn’t know much about the world; all he knows is that he’s only got a half-life. He’s got these tumors on his neck called Larry and Barry, who are kind of his pals, but are also killing him. His relative innocence and enthusiasm are what set Nux onto the path he takes in this film.”

All the War Boys sport bald heads, tattoos, scarification, and full body-paint in Immortan’s signature white, so Hoult shaved his head and sat in the make-up trailer for two hours each day before cameras rolled. “When your appearance changes so much, it helps you tap into different parts of your personality,” he says. Though he enjoyed the process, he admits he envied how Theron worked it. “Charlize walks in, greases her forehead and out she goes. I was like, ‘Hang on a minute…’”

From director George Miller, originator of the post-apocalyptic genre and mastermind behind the legendary “Mad Max” franchise, comes “Mad Max: Fury Road,” a return to the world of the Road Warrior, Max Rockatansky.

Haunted by his turbulent past, Mad Max believes the best way to survive is to wander alone. Nevertheless, he becomes swept up with a group fleeing across the Wasteland in a War Rig driven by Imperator Furiosa. They are escaping a Citadel tyrannized by the Immortan Joe, from whom something irreplaceable has been taken. Enraged, the Warlord marshals all his gangs and pursues the rebels ruthlessly in the high-octane Road War that follows.